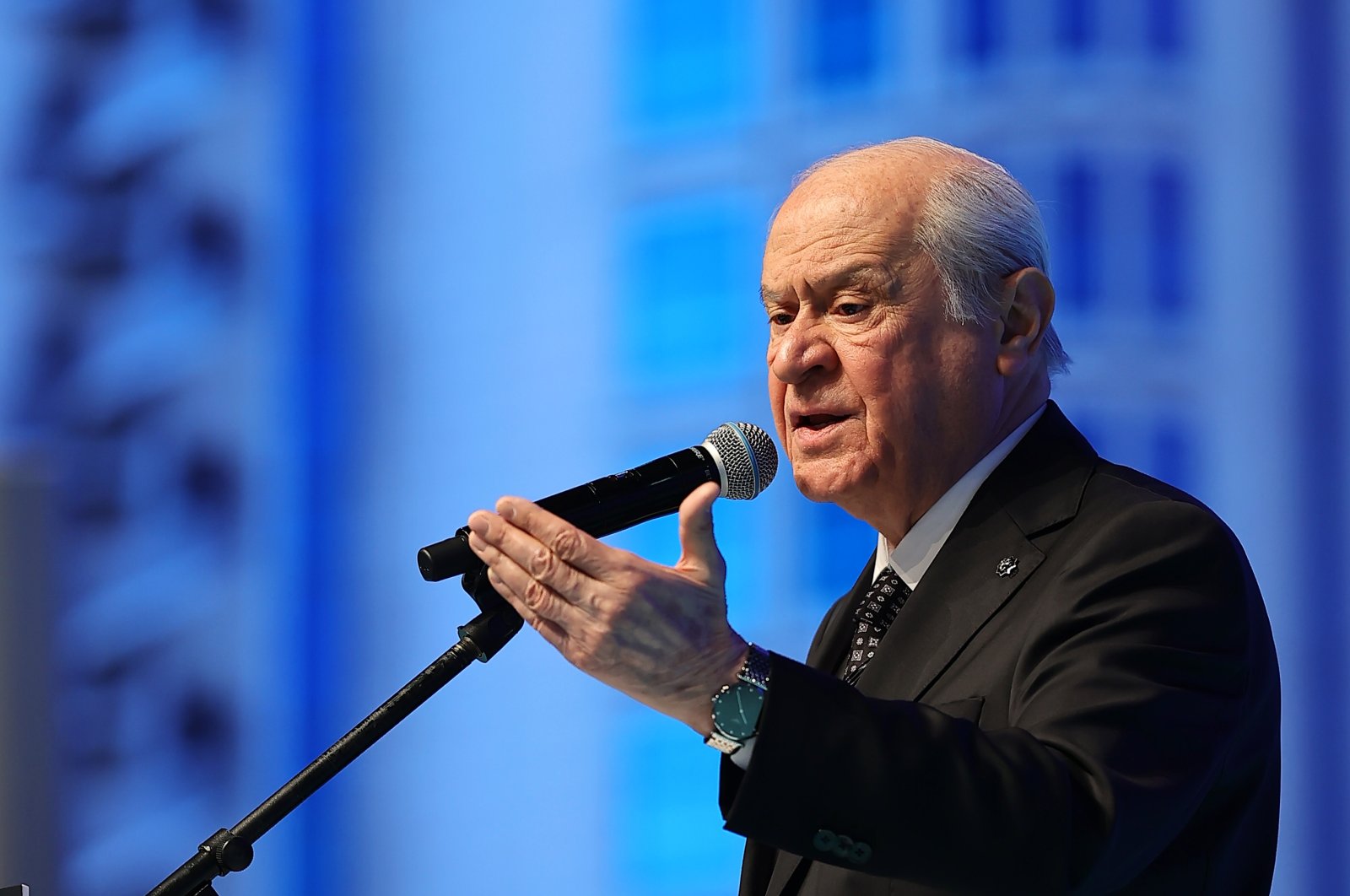 The Nationalist Movement Party (MHP) Chairperson Devlet Bahçeli sent a congratulatory and thank you message to the party organizations after the 13th Ordinary Congress.

According to the statement made by the party, Bahçeli said that the will of the Nationalist Idealist Movement was demonstrated in the congress held successfully on March 18, the 106th anniversary of the Ottoman Empire's World War I defense of the Dardanelles (currently known as Çanakkale) against Allies.

Bahçeli noted that the congress process, which started on Aug. 9, was crowned on March 18 with the enviable success of all fellows, with their sacrifices and superior effort.

He explained that the congress, held without an audience due to the COVID-19 outbreak, was as good as the previous ones in terms of spirit and consciousness, meaning and content, and that order, discipline and common sense dominated the hall throughout the day. "All of my fellows coming to Ankara from all corners of Anatolia have fulfilled their historical duties with their presence, respected wisdom, and have shown the power of the MHP. On March 18, the unity has become a symbol for independence, prosperity has risen for the future, and we have shown both friends and enemies that Turkey will be the winner," he said.

Stating that the congress provided an environment and opportunity for the strategic goals of 2023 to be defined clearly, he said: "On the other hand, based on the fact that democracy and nationalism complement each other, how inadequate and even incomplete they would be without one another, our 13th Ordinary Congress has been engraved in national memories as both a masterpiece of democracy and the rise of nationalism. Undoubtedly, our congress held on March 18, 2021, is brilliant work, a success to be appreciated and I congratulate you, my dearest friends, who have been working hard for months and fighting for the future. I couldn't be any prouder.

Following March 18, intense congratulatory messages and good wishes reflecting the most sincere feelings and thoughts of our nation and party members have been a sign that our congress has achieved the expected effect. As before, we will continue our struggle for the sake of our holy ideals, according to the way we believe, by paying attention to provocations and traps, ignoring the black propaganda aimed at preventing the rise of the People's Alliance with our party," Bahçeli said, referring to the electoral alliance formed with the ruling Justice and Development Party (AK Party).

Stating that the MHP will continue its ethical and principled policy in line with the wishes and expectations of the nation, Bahçeli said, "We will not give any opportunity to those attacking us on social media. No one can afford to set fire to the 2023 vision of the People's Alliance. In this context, I fully believe that all our party organizations will continue to work with this sensitivity."

Bahçeli thanked everyone who supported the congress process and said: "I would like to thank all my friends and their families who supported the Nationalist Idealist Movement with a high sense of morality and responsibility during the 13th Ordinary Congress. I would like to express my gratitude to the representatives of the political parties who attended our congress hall, to everyone who could not join us due to the epidemic, and to every citizen who encouraged us with their support and prayers."