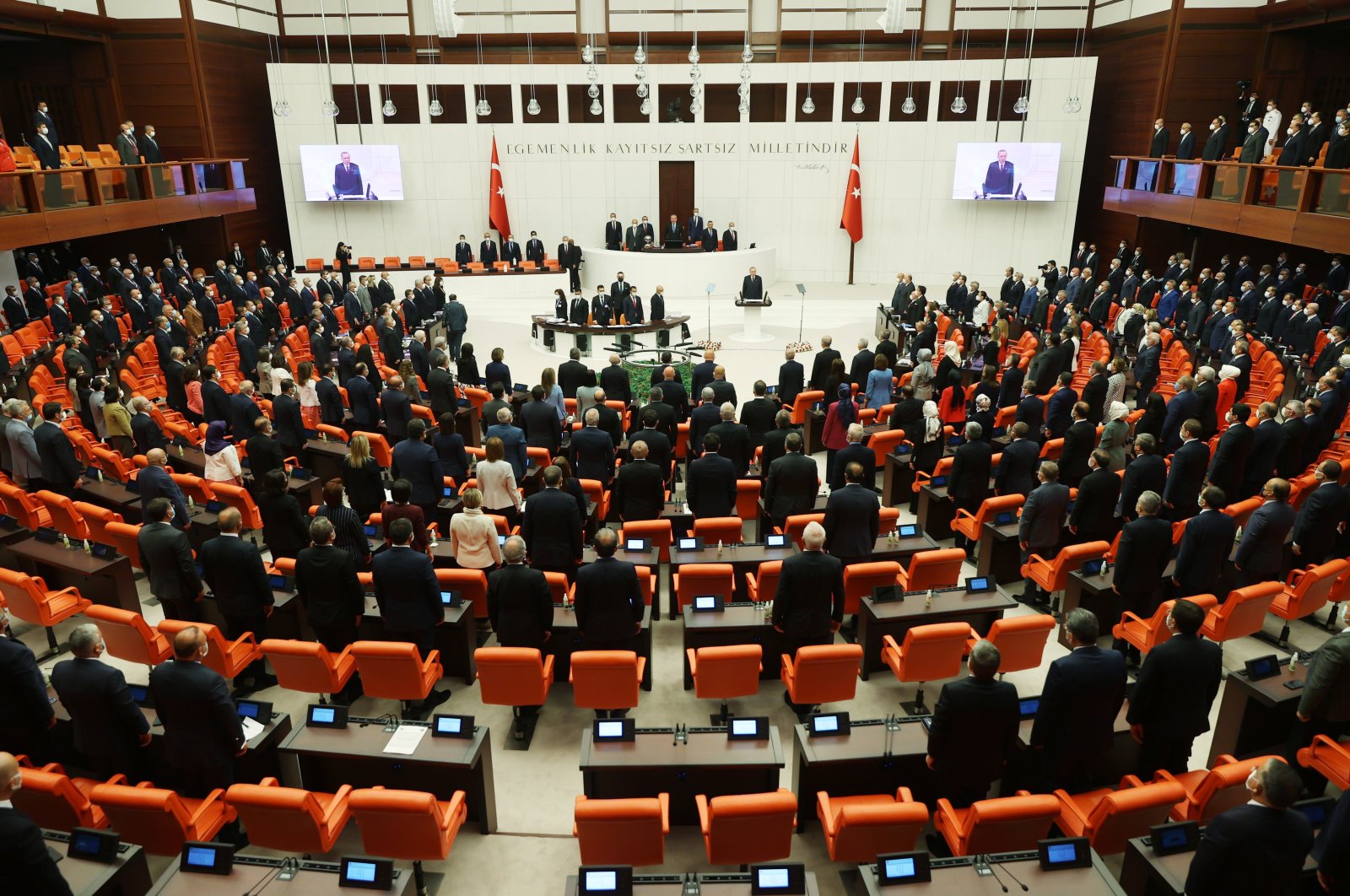 The main opposition Republican People's Party (CHP) announced Tuesday that it will oppose the proposed bill to extend the Turkish military’s mandate to carry out cross-border operations in Iraq and Syria for two years during the parliamentary vote.

CHP Group Deputy Özgür Özel said that the CHP group in Parliament will vote "no" on the bill.

The bill to extend the Turkish military’s mandate to carry out cross-border operations in Iraq and Syria for two years was submitted to Parliament last week.

The ruling Justice and Development Party (AK Party) and its alliance partner Nationalist Movement Party (MHP) are known for their support to the bill.

"The motion is a strong statement of will for Turkey's national security. This declaration of will expresses that we are determined to protect the national unity and integrity of Turkey under all conditions and that we will give every kind of legitimate struggle for this," AK Party spokesperson Ömer Çelik said Tuesday.

The opposition Good Party (IP) is also expected to vote in favor of the bill.

In the Parliament, AK Party has 287 deputies, MHP has 48 deputies and IP has 36 deputies.

The pro-PKK Peoples' Democratic Party (HDP), which has 56 deputies, and the left-wing Workers' Party of Turkey (TIP), which has four deputies in the Parliament, also announced that they will oppose the bill.

Turkey battles the PKK terrorist group in northern Iraq and its Syrian affiliate the YPG in northern Syria.