Erdoğan criticizes CHP for blaming intraparty tensions on others 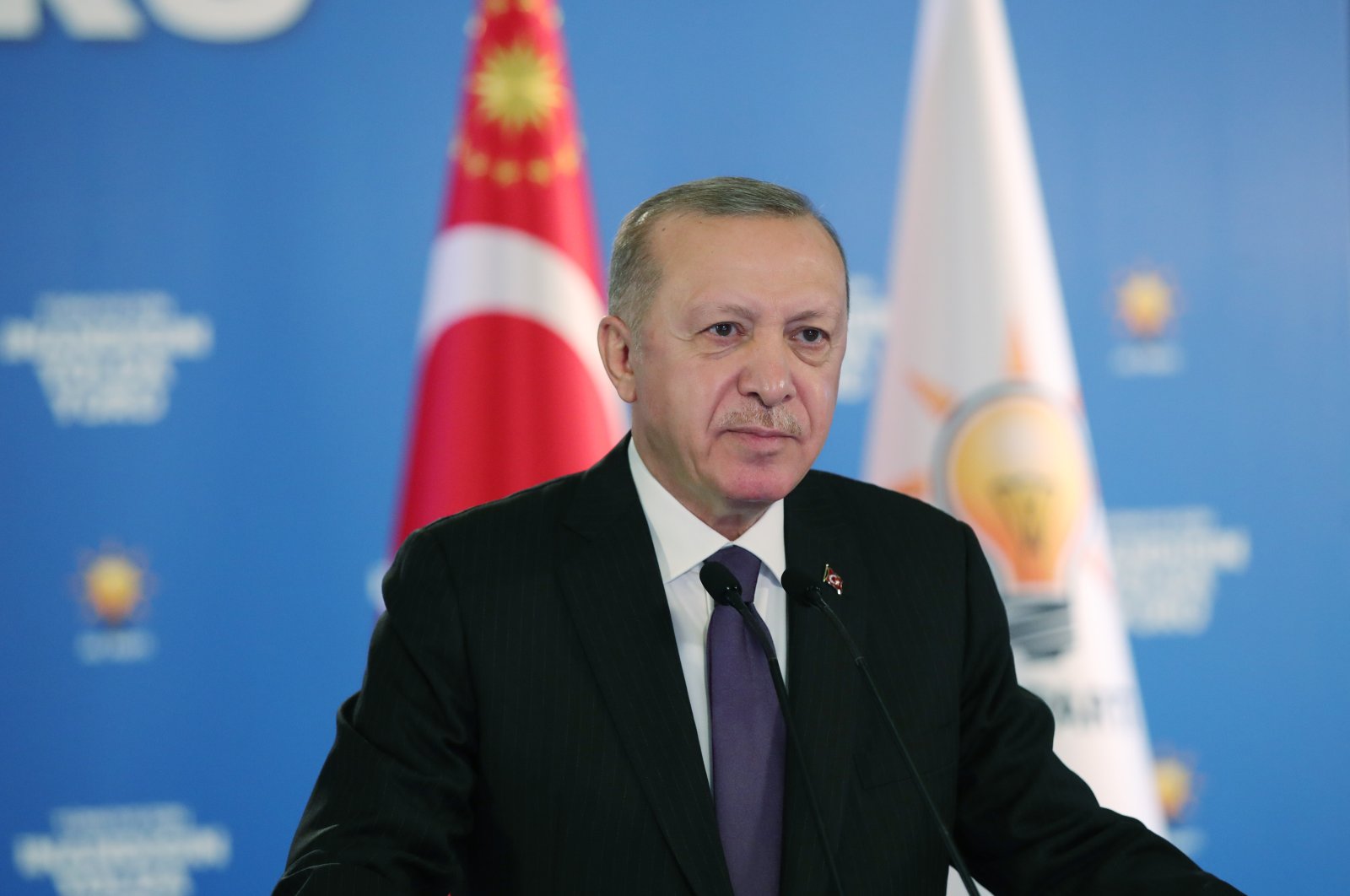 Addressing the AK Party's provincial congresses in southern Adana and Antalya, southwestern Muğla and northwestern Bursa via video link, Erdoğan commented on the recent resignations from the CHP to form new political parties and movements, saying, "Holding the AK Party responsible for the intraparty fights is brazenness, pushfulness and political impudence."

On Sunday, former presidential candidate and CHP dissident Muharrem Ince announced that he will soon establish a political party and that CHP lawmakers who recently announced their resignation will join the new party.

As the main opposition party’s candidate in the 2018 Turkish presidential election, Ince received just over 30% of the votes, coming in second behind the first-round winner, President Erdoğan, with 53%. Ince, who had initially launched the "Homeland in A Thousand Days" campaign in August, is planning to resign on March 1.

Three lawmakers from the CHP also resigned Friday over a disagreement with the party’s leadership and its policies. They are thought to have joined Ince in launching his own political party in the coming days.

On Monday, 350 more party members from the CHP's northwestern Yalova provincial organization resigned. Ince served as the deputy of Yalova, his hometown, between the years 2002 and 2018.

Dissidents accuse CHP Chairperson Kemal Kılıçdaroğlu of hypocrisy in terms of criticizing Erdoğan for so-called “one-man rule” while maintaining a firm grip on the party. They claim that Kılıçdaroğlu has become a pioneer of the one-man rule as he has failed to step down even though the party has lost numerous elections under his leadership. The dissidents also criticize the party for nominating individuals who seem to contradict party ideology and principles and for failing to hold offenders accountable for their mistakes.

The three lawmakers are also known to have a critical view of the CHP’s alliance policies and its stance with regard to the pro-PKK Peoples’ Democratic Party (HDP), whose lawmakers and co-chairs face terror probes over their controversial relations with the PKK terrorist group.

Erdoğan also said that those who owe their presence on the political stage to intraparty plots could not accept the solidarity and unity within the AK Party, adding that the CHP has consistently been at the forefront of provocative actions since the Gezi events of 2013.

Hundreds of thousands of people marched in Istanbul in June 2013 in what began as a peaceful protest against a plan to build a replica of Ottoman barracks on Gezi Park, which is located near Taksim Square in the city's central Beyoğlu district. Following a harsh response by the police, the protests turned into nationwide demonstrations and riots against the government of then-Prime Minister Erdoğan.

Stating their satisfaction with the CHP being an incompetent political rival, Erdoğan said, "Our trouble (with the CHP) is for our democracy and Turkish politics."

He also added that despite many attacks targeting its unity and solidarity, the nation still sees its future in the AK Party and the People's Alliance.

The ruling AK Party forged an alliance with the Nationalist Movement Party (MHP) in the 2018 parliamentary and presidential elections. The alliance gained a majority in Parliament, while their presidential candidate, Erdoğan, also won the election with 52.6% of the votes.

Since both parties considered the results of the June 24 elections successful, they continued their alliance in the 2019 local elections. The People's Alliance received 51.6% of the votes and won more than 700 municipalities in the March 31 local elections.

Erdoğan has recently reiterated that the upcoming presidential elections in 2023 will mark a year of victory for the People’s Alliance.