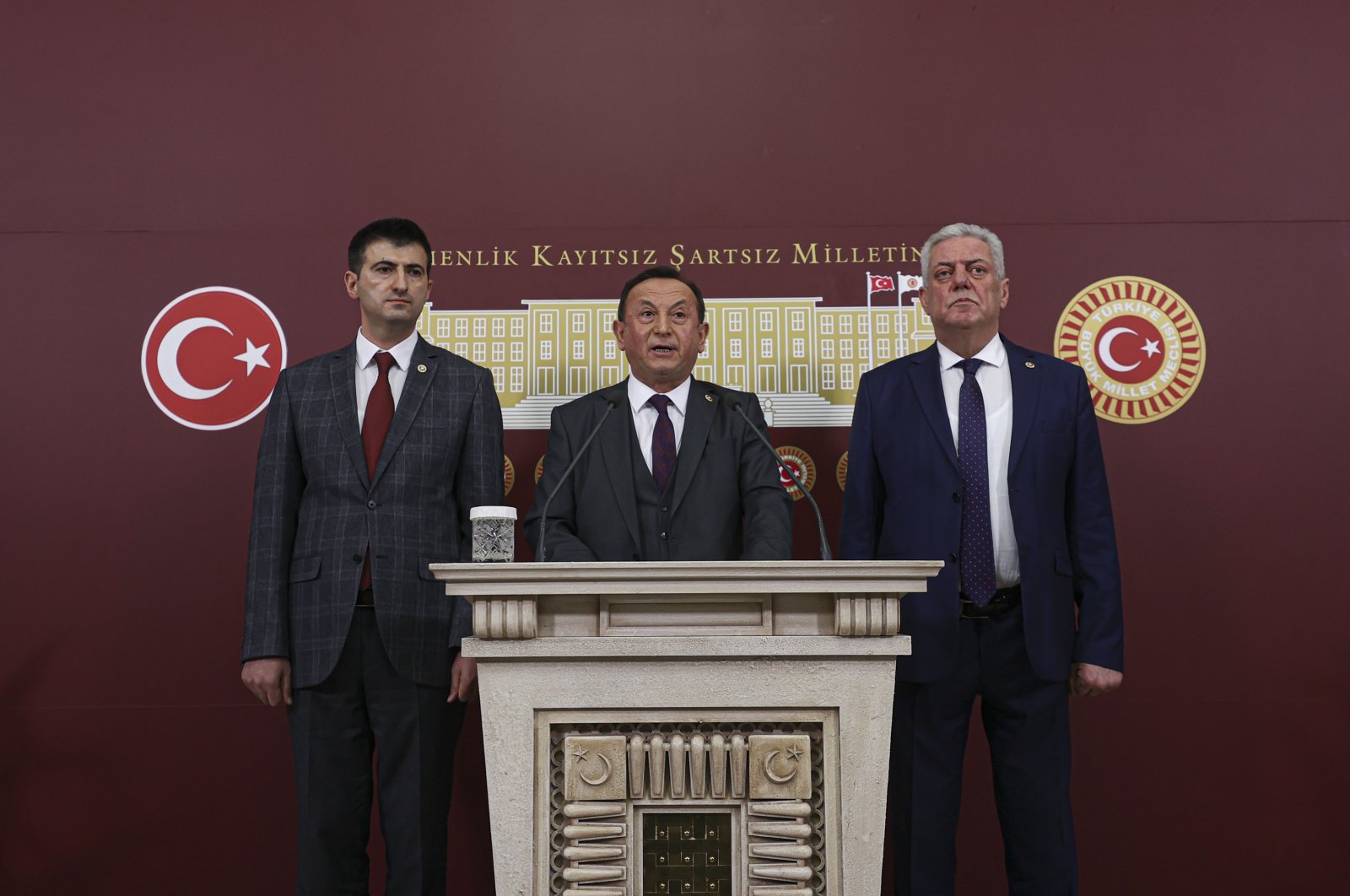 Three lawmakers from Turkey’s main opposition Republican People’s Party (CHP) resigned Friday over a disagreement with the party’s leadership and its policies.

“I’m resigning from my party due to deep concerns that the founding values of the Republic of Turkey would suffer from policies that are being followed, serious political opinion differences that prevent me from walking side by side with this management, lack of democratic practices within the party, othering, and disrespect that spoils unity and solidarity,” Çelebi said.

“We are resigning from the CHP until the party returns to the line of [Mustafa Kemal] Atatürk,” Aksoy was cited as telling reporters, referring to the party moving away from the ideals of the founder of the Republic of Turkey.

The move brings the number of CHP lawmakers down to 135 out of 600 seats in the parliament.

The three lawmakers are known to have a critical view of the CHP’s alliance policies and its stance with regards to pro-PKK Peoples’ Democratic Party (HDP), whose lawmakers and co-chairs face terror probes over their controversial relations with the PKK terrorist organization.

They voiced their objections about the party’s policies in a letter they penned to the CHP Chairperson Kemal Kılıçdaroğlu and lawmakers on Dec. 10.

They recently met separately with Kılıçdaroğlu and CHP Group Deputy Chair Özgür Özel but the meetings failed to prevent the resignations.

Çelebi accused the CHP of partnering with what he called the “enemy of the republic” and abandoning the party’s fellows by favoring Abdullah Gül as a potential presidential candidate.

A former president from the ranks of the ruling Justice and Development Party (AK Party), Gül split ways with President Recep Tayyip Erdoğan and is now considered a potential rival in future presidential elections.

In a press conference following the resignations, Özel said “from day one, the door was always open to the end.”

“We tried to make sure the result does not turn like this,” he noted. “There has been no change in the party’s line to date. Criticism can be freely expressed within the CHP.”

“CHP has not and will not return from its path,” Özel said.

“We tried to make the party the first party. In our negotiations with Özgür Özel, we presented our views, but our efforts remained inconclusive,” said Çelebi.

“We issued warnings at every stage but instead of correcting the mistakes in the CHP, they preferred to see a defeatist spirit in me. They wanted to ignore it.”

Çelebi stressed that they have been voicing their objections to the CHP management for the last two years.

The three lawmakers are thought to have joined Muharrem Ince, a CHP dissident and its presidential candidate for the 2018 election, who is reportedly preparing to launch his own political party in the coming days.

Ince on Monday said he was planning to make a “significant” announcement on March 1, hinting that it will be a groundbreaking development for both the party and himself.

Though he has yet to say anything definitive, it is expected that Ince will announce the details of his new party.

Meanwhile, the CHP has been under fire recently after Kılıçdaroğlu accused state officials, including judges and provincial governors, of acting like “militants” of the AK Party government.

Earlier this week, some CHP deputies blamed jurisdiction and military officers for not having a neutral attitude in politics.

Earlier on Friday, the Interior Ministry filed a lawsuit against Kılıçdaroğlu over his remarks.