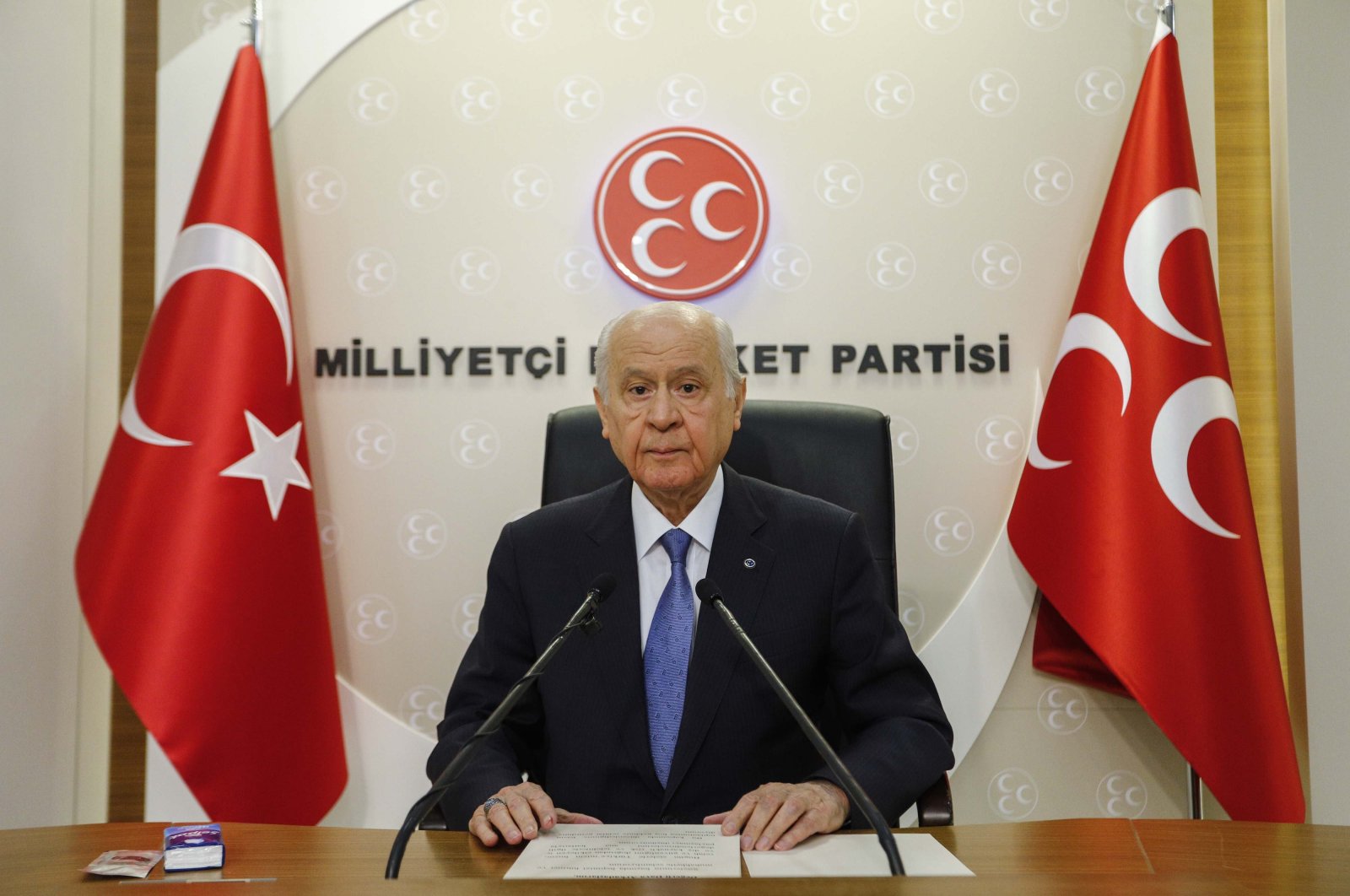 Bahçeli listed 14 points that could be taken into consideration to enhance the system, which came into effect following the Constitutional Reform Referendum in 2017.

The law regarding political parties needs to be revised, according to Bahçeli, who argued that each party needs to be allowed to determine its organizational structure and strengthen interparty democracy. Public funding conditions for political parties also need to be revised, according to the MHP chair, who added that the state needs to meticulously implement regulations prohibiting parties from carrying out commercial activities.

The second point involved revisions to the electoral law, as Bahçeli argued that the current 10% election threshold needs to be “lowered to a reasonable level” and needs to be implemented when parties form political alliances. The election of municipal officials also needs to be revised in a manner that would comply with the presidential system as well as the candidacy for lawmakers and mayors, according to Bahçeli. Parliament is currently working on implementing reforms for the electoral law, and a parliamentary commission has been making preparations in that regard.

Bahçeli also highlighted the importance of creating a political ethics law, which would address regulations on switching political parties and extend the scope of jobs that they are prohibited from doing. The law should also outline the gifts that they are allowed to accept and declare all forms of income they gain besides their official salaries.

Regarding the lifting of parliamentary immunities, Bahçeli said Parliament needs to immediately address the existing files prepared for terrorism-related activities.

Regarding public surveys, Bahçeli said such polls have become a vital aspect and that the government needs to prevent all types of surveys and research from attempting to manipulate public opinion through their work.

A “Mental Health Law” draft has been presented to Parliament to protect public health, Bahçeli said.

The MHP chair also suggested that the Constitutional Court needs to comply with the Presidential System of Governance, though he did not provide further details.

On judicial reform, Bahçeli said the existing strategy document needs to be implemented in a determined manner.

Meanwhile, he touched upon the Public Administration Law, saying that it should include fundamental norms outlining the state’s operations in line with the constitutional framework.

He also said an administrative procedure law needs to be enacted to enhance state organization and staff structure, and it needs to ensure transparency.

“Merit and qualification need to be prioritized to enhance the quality of the state workforce,” Bahçeli said.

Parliament also needs a new set of house regulations to effectively carry out activities, according to Bahçeli, who added that the civilian contribution to the lawmaking process needs to be enhanced.

“Mechanisms that would facilitate cooperation and consensus need to be built,” he said.

Economic reforms are also crucial to increase production and decrease dependency on imports, as well as in the fair share of income, fighting poverty, agriculture and labor fields.

Turkey switched from a parliamentary to a presidential system in 2017, nine months after a failed coup attempt carried out by the Gülenist Terror Group (FETÖ). The referendum reestablished the president’s ties with party politics, eliminating the risk of turbulent coalition governments and aimed to introduce new mechanisms to enhance the separation of powers.

The MHP has supported the ruling Justice and Development Party’s (AK Party) reform initiatives and has formed the People’s Alliance to run in the 2018 elections, and has expressed its willingness to cooperate in the upcoming 2023 presidential elections.