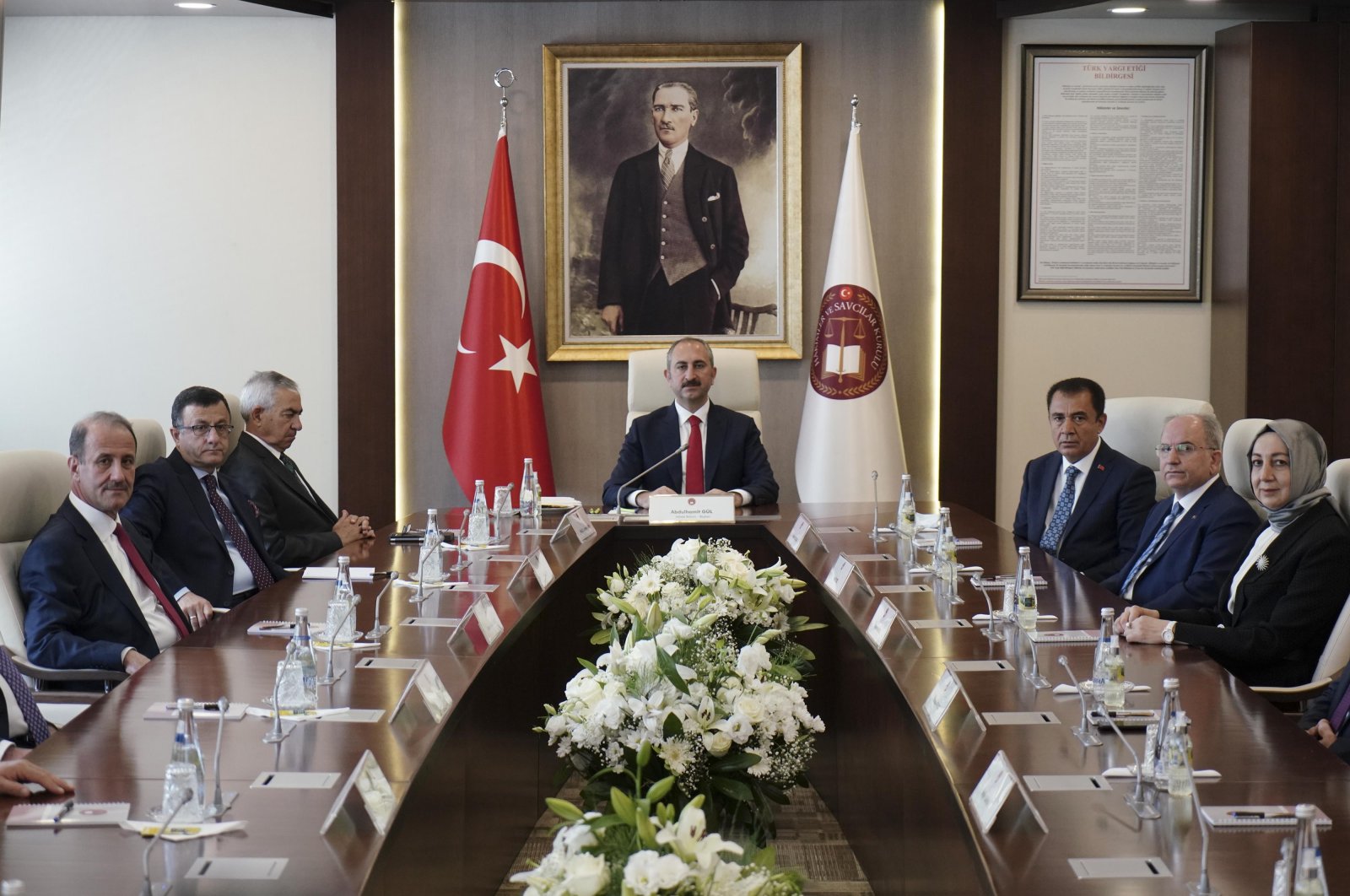 Abdulhamit Gül, the country's justice minister and head of the Board of Judges and Prosecutors (HSK), Monday said that the new members of the HSK will fight the Gülenist Terror Group (FETÖ) decisively within the framework of the law.

During the first meeting of the board since the general assembly of Parliament chose seven members and President Recep Tayyip Erdoğan four, Gül said that it is good news for democracy that both the ruling and main opposition parties came to an agreement.

Gül thanked the previous HSK members for their fight against the terrorist group and for clearing covert FETÖ members serving as prosecutors and judges from the judiciary.

Long before it was designated a national security threat, FETÖ began attempting to infiltrate a myriad of government agencies, including the army, law enforcement, the judiciary and bureaucracy. Followers managed to rise to the top ranks while disguising their ties to the group.

He pointed out that the HSK has an important duty in preserving trust in justice.

He also added that the board is preparing to implement the human rights action plan announced by the president on March 2 while also working on a new framework to promote prosecutors and judges.

Two years ago, Turkey kicked off a series of reforms in its legal system in an attempt to enhance democracy in the country while promoting human rights and liberties. Recently, one of the most crucial steps in the process was taken as Erdoğan announced the Human Rights Action Plan. Now, all eyes are on the new constitution that is to be prepared in the upcoming two years, the final step in this reformation period.

The plan focuses on the topics of freedom, the right to security, the right to a fair trial, freedom of speech as well as the rights of women and the disabled. The enhancement of these rights and liberties has seen setbacks in the bureaucracy, which has prevented their proper implementation in the past.

“We will reconfigure the promotion system of prosecutors and judges within the framework of objective performance criteria. We will work on a system that pays regard to objective criteria, including consistency with target dates, whether decisions were written with sufficient justifications or not, sensitivity toward human rights,” Gül said.

Efforts to provide 24-hour judicial services will be enhanced, he stated, noting that new criteria will be determined, taking into consideration age and seniority, to appoint officials to positions in the high courts, including the supreme court and council of state.

“Specialized courts will also be extended,” he added.