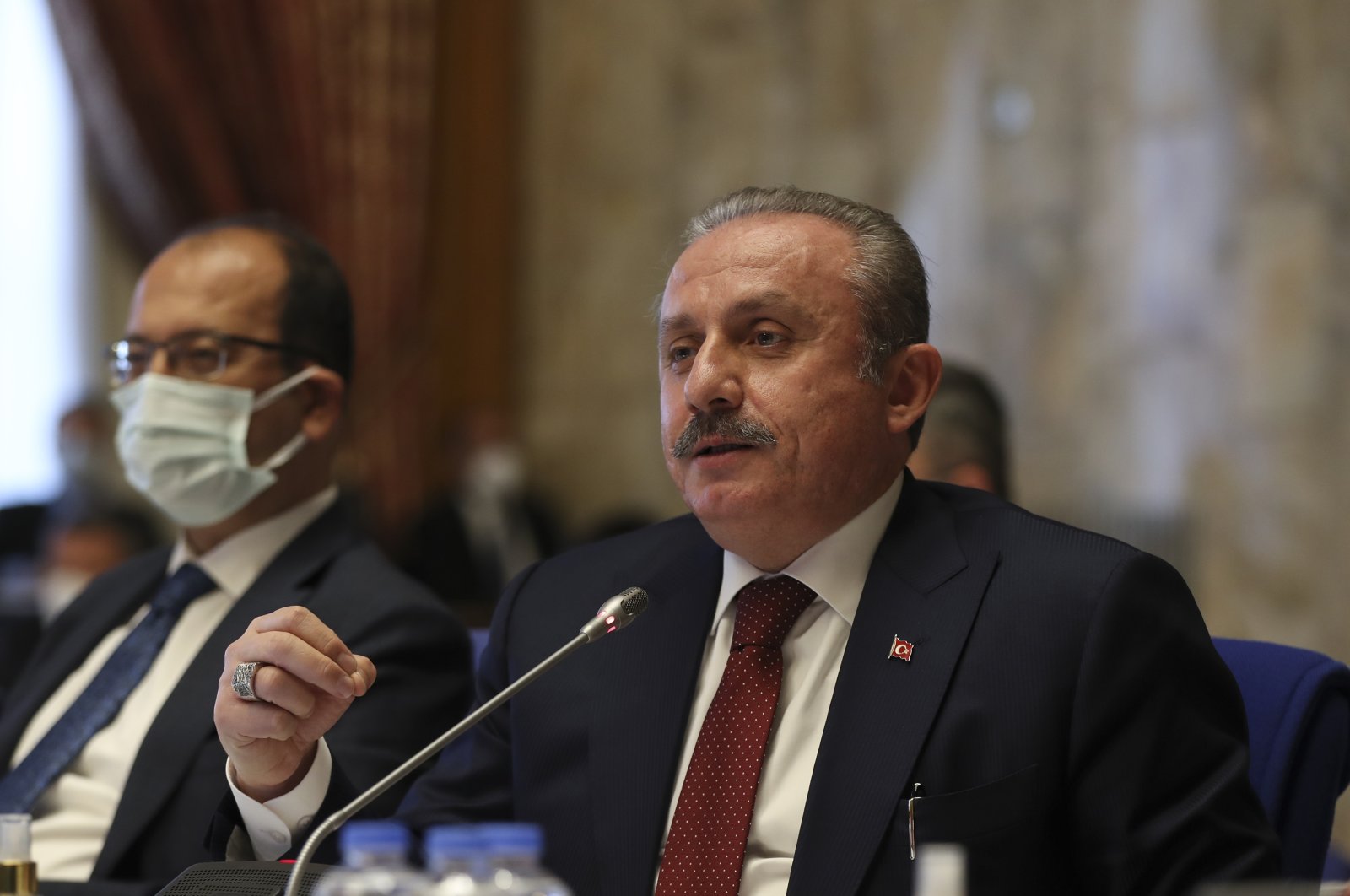 Turkey’s Parliament Speaker Mustafa Şentop on Wednesday called on lawmakers to draw up a new civilian constitution during the assembly's new legislative session.

Speaking to Parliament's Planning and Budget Committee, Şentop said the constitution should be "prepared with a democratic understanding and a holistic approach in line with the expectations of our nation."

Şentop reiterated that the current constitution has seen a number of amendments since it was passed in 1982.

Emphasizing that the need for a new constitution is undisputed, he added: "Thus, it will be possible for our parliament to save our state and nation from the weight of being ruled by a military coup constitution, as soon as possible in this legislative year."

The proposal for a new constitution by the Justice and Development Party (AK Party) and Nationalist Movement Party (MHP) is expected to be announced to the public in the new year.

MHP leader Devlet Bahçeli announced that he had completed the "new constitution" proposal in May and conveyed it to Erdoğan. Then, Erdoğan appointed a committee under the chairpersonship to work on the new constitution.

President Erdoğan declared that they are "determined to present the new constitutional proposals to the nation's discretion" in the first months of next year. It is said that AK Party has mostly completed its new constitution proposal and will submit it for the MHP to review before the new year.

After working alongside MHP, a meeting has been planned with the opposition to garner support for the new constitution package, which will be released for public discussion in the first months of 2022.