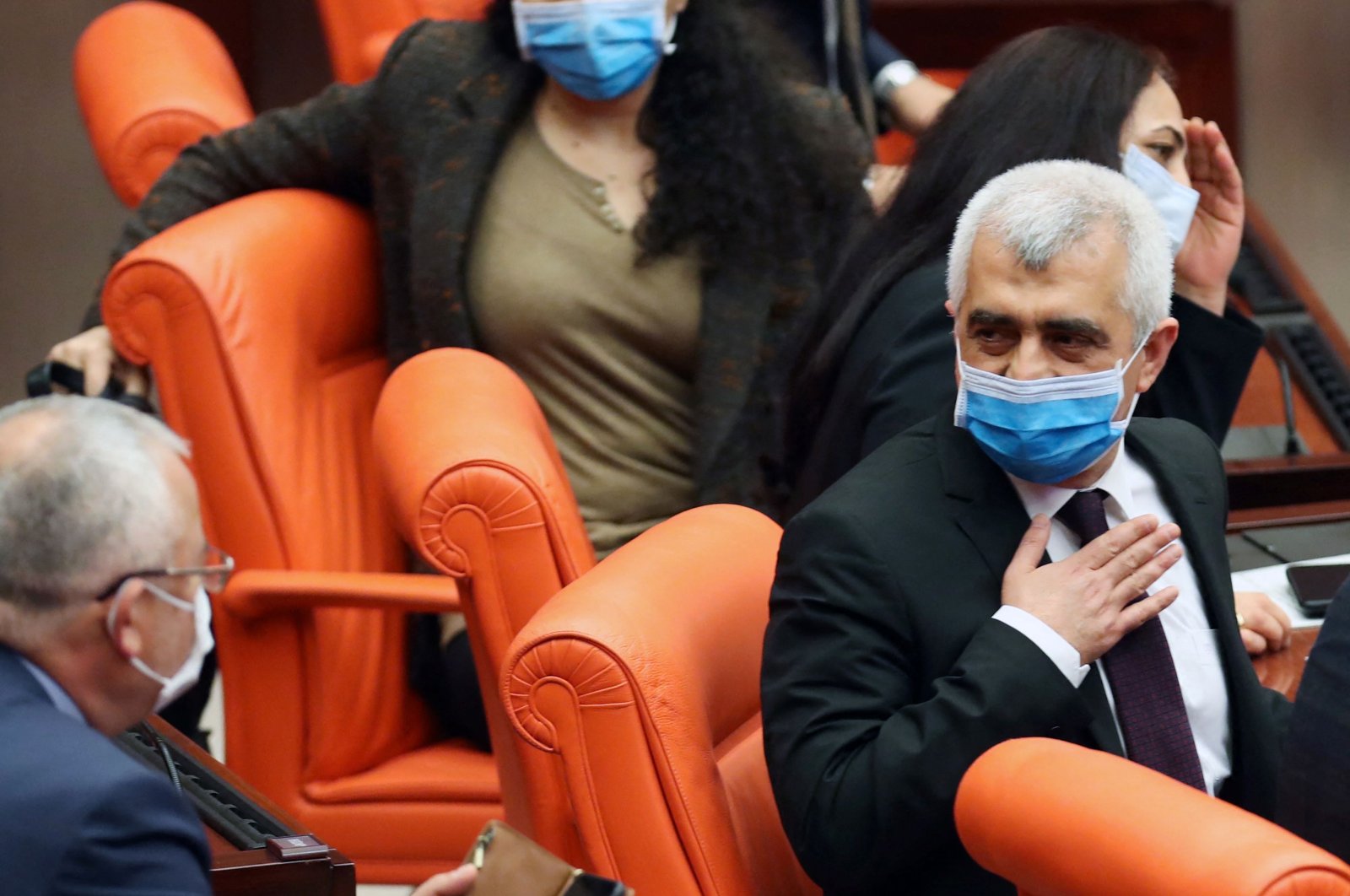 The General Assembly of the Constitutional Court on Wednesday unanimously rejected pro-PKK People's Democratic Party's (HDP) Ömer Faruk Gergerlioğlu's appeal requesting the annulment of his parliamentary membership due to a lack of jurisdiction.

The application made by HDP Istanbul deputy Erol Katırcıoğlu, demanding the annulment of the removal of Gergerlioğlu's parliamentary membership, was discussed at the agenda meeting of the General Assembly.

Making a statement after the decision, Gergerlioğlu said, "I had two applications to the Constitutional Court. My application requesting the annulment was given a lack of jurisdiction, I will go to the European Court of Human Rights (ECtHR). I am still waiting for a decision for my main application regarding our criminal file."

Gergerlioğlu was sentenced to prison on Feb. 21, 2018, for "making propaganda for the PKK" by the Kocaeli 2nd High Criminal Court, where he was tried before being elected as a deputy.

After the court decision was deemed lawful by the Istanbul Regional Court of Justice, the file came to the Court of Cassation upon appeal. The 16th Criminal Chamber of the Supreme Court of Appeals upheld Gergerlioğlu's two year and six month prison sentence.

In February 2021, the Ankara Public Prosecutor’s Office launched an investigation into provocative social media posts made by some HDP deputies. HDP Istanbul deputy Hüda Kaya and Gergerlioğlu are accused of making terrorist propaganda and insulting the Turkish nation, state and republic in line with Article 301 of the Turkish Criminal Code.

At the Turkish Grand National Assembly (TBMM), the presidential memorandum regarding the court's final verdict given by the court to HDP member Gergerlioğlu was read on March 17. In accordance with the Constitution, Gergerlioğlu's membership of Parliament was dropped after the motion was read in the General Assembly.

Turkish leaders have long argued that the HDP is little more than a front for the PKK terrorist group.