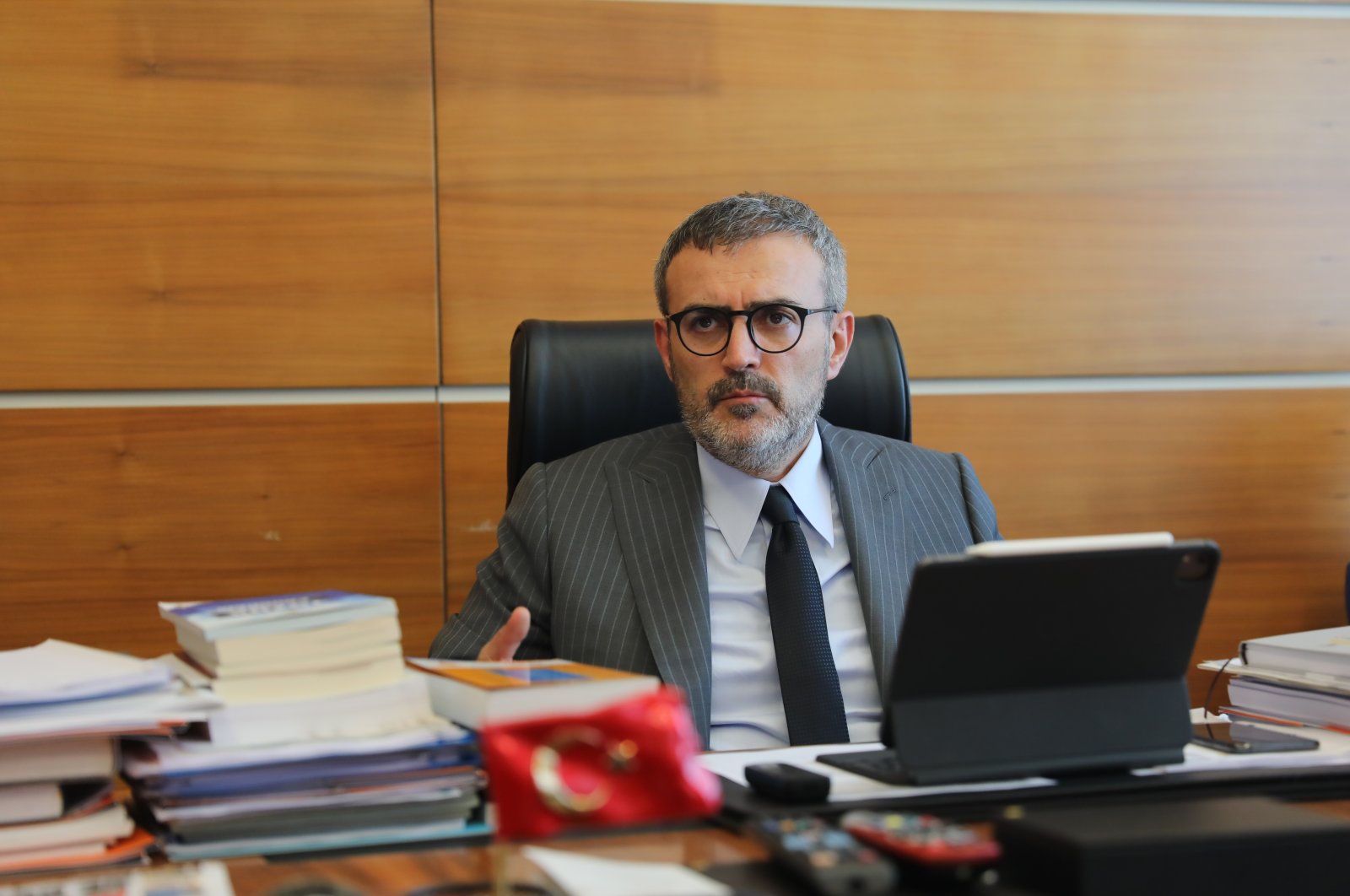 The outcome of the closure case of Peoples' Democratic Party (HDP) will be determined by the judiciary, not politics, Justice and Development Party's (AK Party) Deputy Chairperson Mahir Ünal said Sunday.

"Will the HDP be closed or not? The answer will be given by the judiciary, not politics," he said during an interview with public broadcaster TRT Haber.

Ünal stated that an effort is persistently being made to portray the closure case as one based on politics.

"There is no tolerance anywhere in the world for any political movement that is clearly related to terrorist and terrorist organizations. You know that the most important feature of this is the approval of the European Court of Human Rights," he added.

Earlier this week, the chief public prosecutor of Turkey's Supreme Court of Appeals filed a lawsuit for the closure of the pro-PKK HDP.

Bekir Şahin, the chief public prosecutor of the Supreme Court of Appeals, stated in the lawsuit that HDP is an undemocratic party, colludes with the terrorist group PKK and aims to destroy the unity of the people and the state.

Following the loss of Gergerlioğlu's seat, the HDP now holds 55 seats in Parliament, while the ruling AK Party has 289, the main opposition Republican People's Party (CHP) 136, the Nationalist Movement Party (MHP) 48 and the Good Party (IP) 36.

Turkish leaders have long argued that the HDP is little more than a front group for the PKK terrorist group.

In its more than 35-year terror campaign against Turkey, the PKK – listed as a terrorist organization by Turkey, the U.S., and the European Union – has been responsible for the deaths of at least 40,000 people, including women and children.