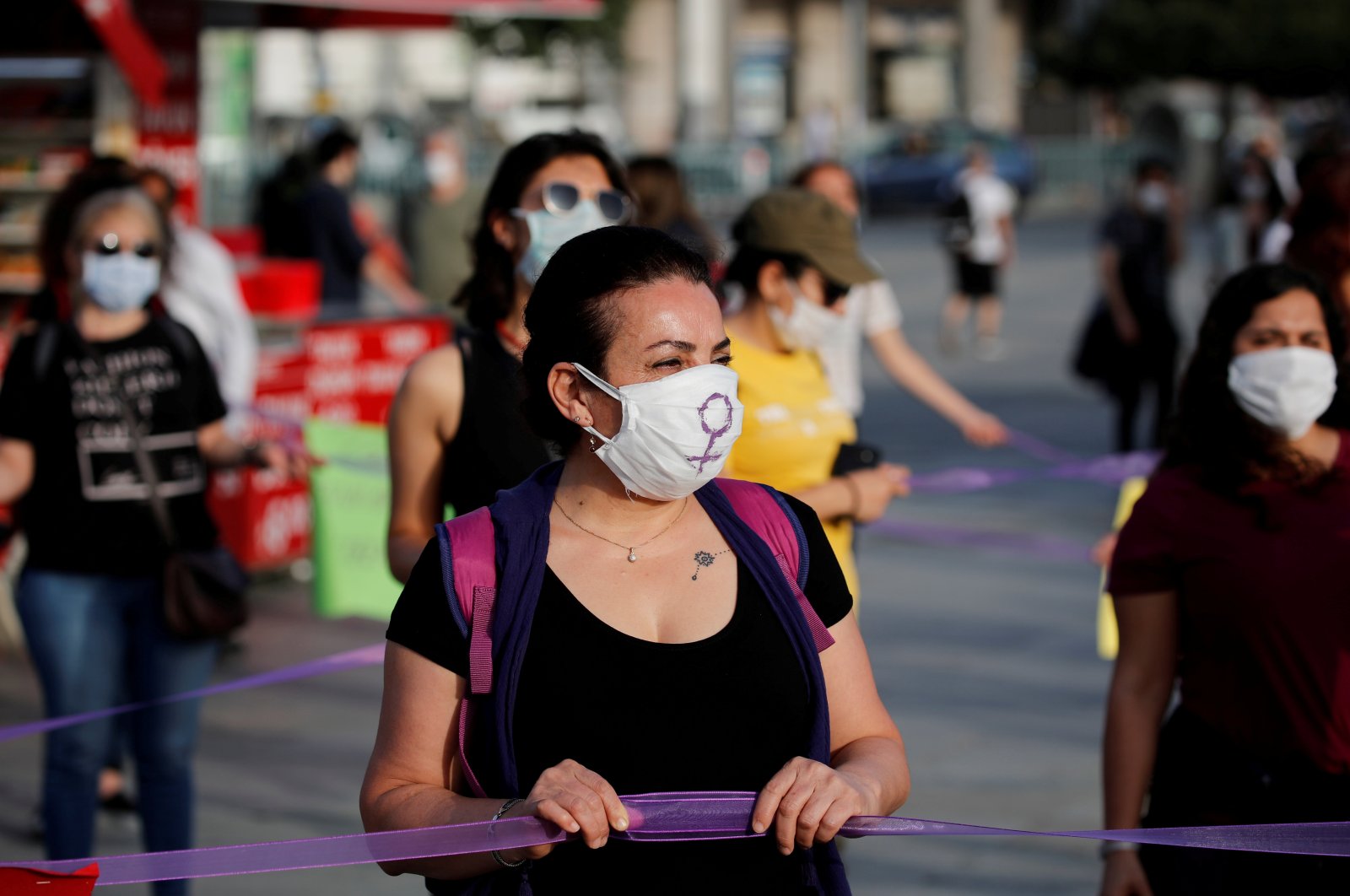 President Recep Tayyip Erdoğan reiterated on Saturday that Turkey is determined to fight violence against women within the framework prepared earlier this year.

Erdoğan made the remarks while meeting women from different backgrounds during his visit to the central Eskişehir province. He said all institutions are working resolutely to combat violence, and that a road map and comprehensive action plan on the issue was prepared in June.

Violence Prevention and Monitoring Centers (ŞÖNIM) have been established in all the 81 provinces of Turkey, Erdoğan said.

"These centers play an important role. We took one more step to strengthen this structure and established contact points for 372 social service centers of our Family and Social Services Ministry. These contact points will work in conjunction with ŞÖNIMs, allowing us to address this issue more widely," he said.

"We are determined to fight violence against women to the end."

Meeting businesswomen, Erdoğan said he attaches a great deal of importance to female entrepreneurs and entrepreneurship in general.

"When we exclude especially women from our development cause, we throw away half of our potential. However, every effort, every idea, every person means a lot to us. With this understanding, we have given and continue to give the greatest support in our history to female entrepreneurs," the president said.

"We are pleased to see that our female entrepreneurs are much more successful than men in some fields. Hopefully, we will build a strong and great Turkey together," he added.

In July, the government unveiled a fourth national action plan targeting “violence towards women” that mostly focuses on domestic violence.