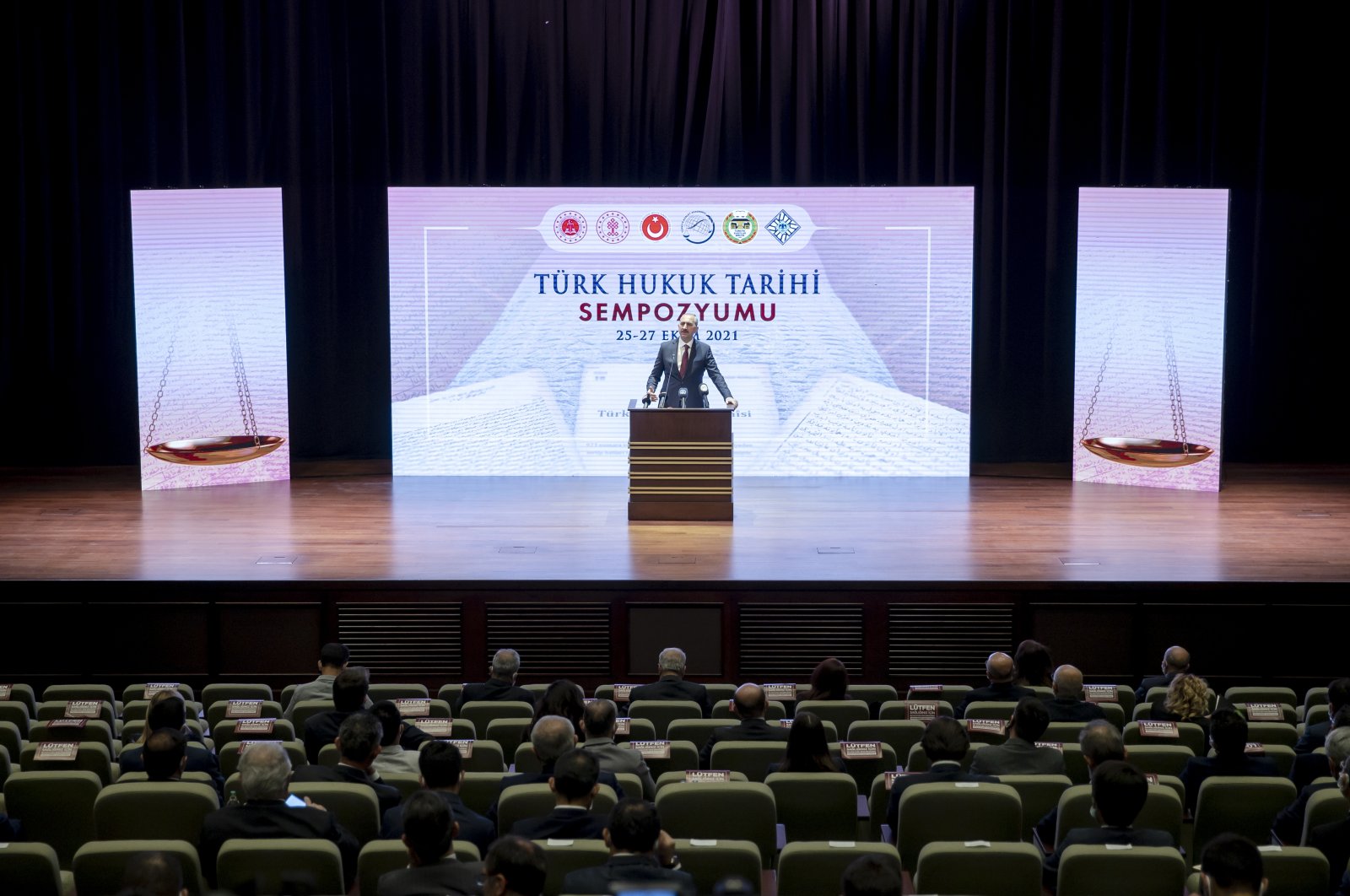 Justice Minister Abdulhamit Gül pointed out on Monday that 100 years have passed since the declaration of the Turkish republic’s first Constitution in 1921, adding that this experience provides the country with the potential to make a civil, democratic and libertarian constitution.

Delivering a speech at the opening of the Turkish Legal History Symposium in Ankara, Gül said history demonstrates how dynamic laws are as it shows the results of processes and practices, which is the “most important information in the construction of law.”

“We see that the Kanun-i Esasi (First Constitution of Ottoman Empire) came into practice in our country in 1876, a date that can be considered as early. Now, we are in the 100th year of the 1921 Constitution. So there is substantial experience on the issue. By taking this into regard, it is possible to produce a civil, democratic and libertarian constitution. With this aspect, the history of law provides us the opportunity to use this knowledge in law-building,” he said.

Earlier this month, President Recep Tayyip Erdoğan said that the ruling Justice and Development Party (AK Party) will finalize work on a new constitution before the legislative year ends, stressing the party's determination to replace the existing one with a more democratic version.

In May, Nationalist Movement Party (MHP) Chairperson Devlet Bahçeli announced that he had completed the "new constitution" proposal in May and conveyed it to Erdoğan. Then, Erdoğan appointed a committee under a chairpersonship to work on the new constitution.

Erdoğan has declared that they are "determined to present the new constitutional proposals to the nation's discretion" in the first months of next year. It is said that the AK Party has nearly completed its new constitution proposal and will submit it for the MHP to review before the new year.

The current Turkish Constitution was made after a military coup in 1980 and Erdoğan has been pushing for a new constitution to be drafted under civilian rule.