Turkey submits motion to extend deployment of troops in Azerbaijan 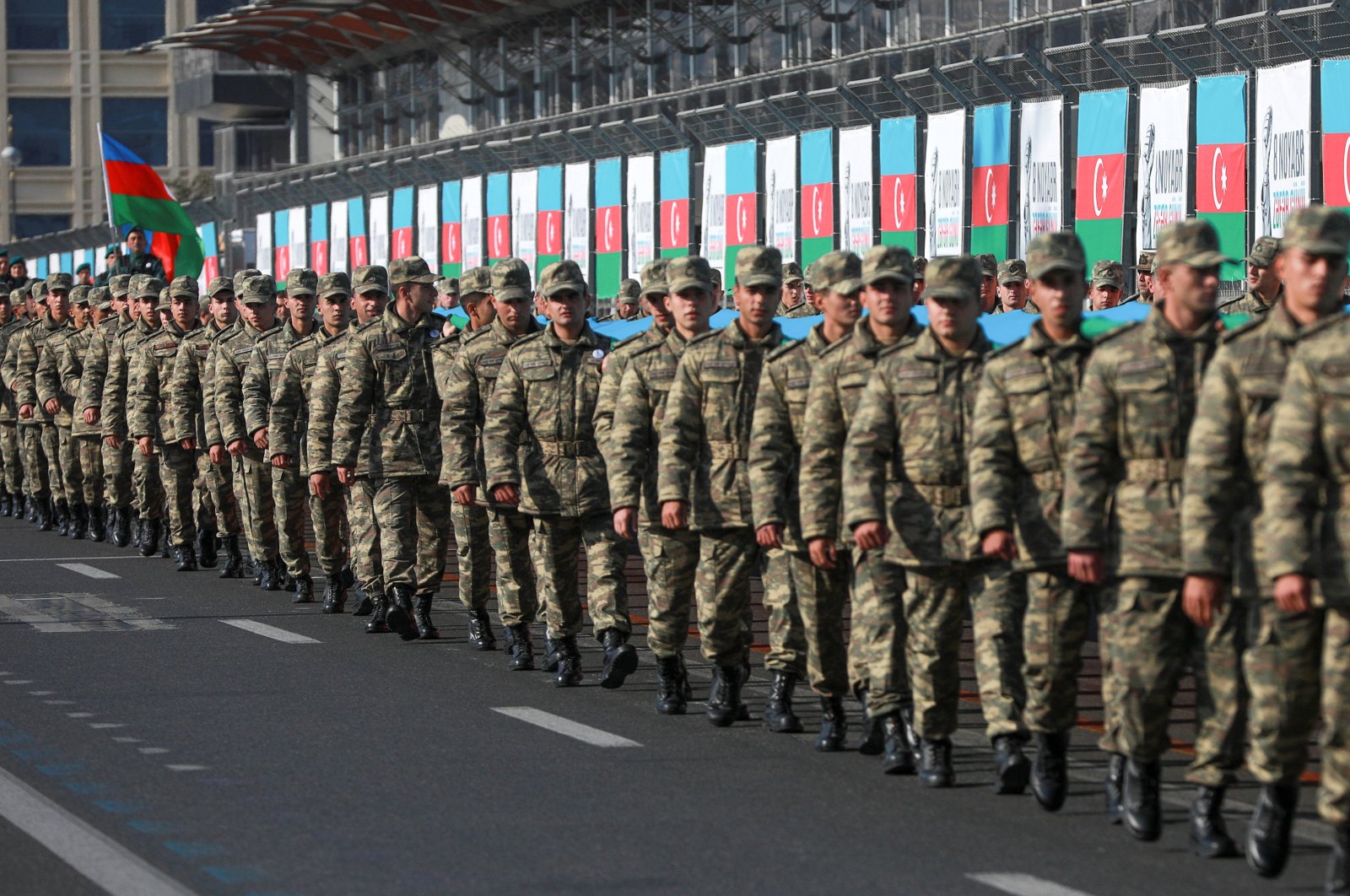 Azerbaijani service members take part in a procession marking the anniversary of the end of the 2020 military conflict over Nagorno-Karabakh region, in Baku, Azerbaijan, Nov. 8, 2021. (REUTERS/Aziz Karimov)
by Anadolu Agency Nov 09, 2021 10:58 am
RECOMMENDED

Turkey on Tuesday submitted a motion to Parliament to extend the deployment of Turkish troops in Azerbaijan for one more year.

"Turkey, which has strongly supported Azerbaijan from the very beginning of the process so that it can defend all its rights including its territorial integrity on the basis of international law and legitimate sovereign rights, is taking important initiatives for the preservation and strengthening of peace and stability in the region and for the construction and restoration of the economic infrastructure to facilitate this," the motion submitted by the presidency read.

It stated that the joint center in Karabakh formed by Turkish and Russian armed forces to monitor the cease-fire between Azerbaijan and Armenia successfully continues its activities.

"Turkey also contributes to the security of the region and building trust between the parties through the joint center," it added.

Relations between the former Soviet republics of Armenia and Azerbaijan have been tense since 1991, when the Armenian military occupied Nagorno-Karabakh, also known as Upper Karabakh, a territory internationally recognized as part of Azerbaijan, and seven adjacent regions.

During the 44-day conflict, Azerbaijan liberated several cities and 300 settlements and villages that were occupied by Armenia for almost 30 years.

Prior to that, about 20% of Azerbaijan's territory was under illegal occupation.