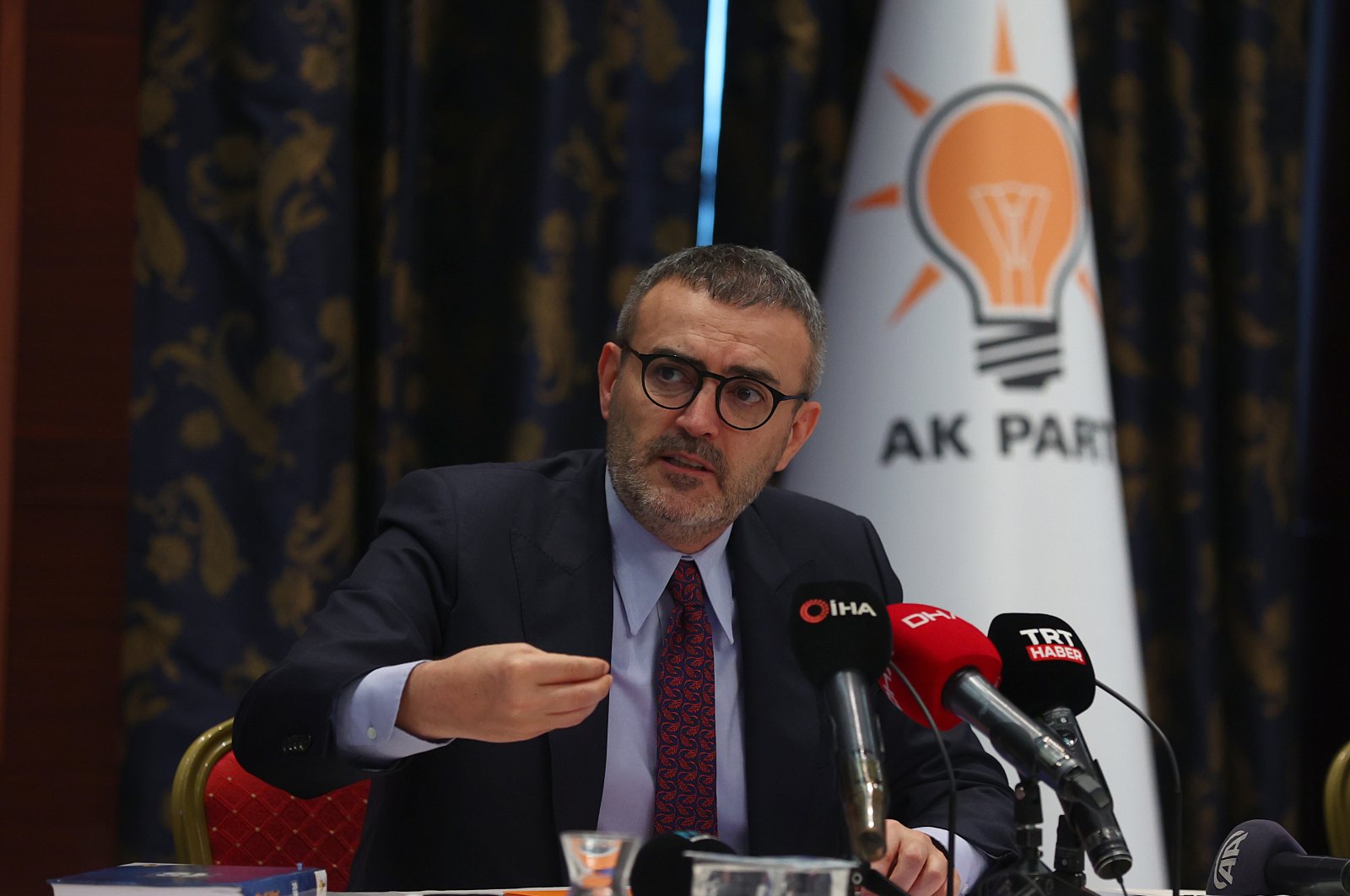 Speaking in a televised broadcast, Ünal said the main opposition party does not question the HDP’s relations with the PKK but the HDP can openly tell the CHP that the main opposition was able to win in the local elections in Istanbul and Ankara as a result of its support.

“As a matter of fact, the HDP has established a sort of a tutelage on the CHP,” Ünal said.

Ünal continued by saying that more CHP lawmakers have visited the HDP’s detained former Co-Chair Selahattin Demirtaş in prison than its own deputies.

“Eleven HDP lawmakers and 16 CHP lawmakers have visited him,” the deputy chair said.

In October 2014, amid a Daesh siege on the northern Syrian town of Ain al-Arab, or Kobani, which was controlled by the YPG, Demirtaş and other HDP officials called for riots. In the events that would become known as the Oct. 6-7 Kobani protests, 31 people were killed and some 350 others were injured in clashes between pro-PKK and conservative Kurdish groups and security forces throughout Turkey, especially in the southeast.

During the violence, 16-year-old Yasin Börü was brutally murdered by the terrorist group’s supporters in southeastern Diyarbakır, where he was distributing meat for poor families.

Following the events, more than 1,600 investigations were launched, 894 suspects were detained and 386 of these suspects were imprisoned. Eighteen of the 41 suspects were sentenced to life in prison for the murder of Börü and his friends.

Regarding the Nationalist Movement Party (MHP) Chairperson Devlet Bahçeli’s calls to shut down the HDP, Ünal said the AK Party will announce its stance on the issue soon.

Referring to the 26-article constitutional reform package introduced by the AK Party back in 2010, Ünal said his party was against party closures.

“In 2010, we said let’s stop shutting down parties,” Ünal said, adding that his party had also faced closure threats back then.

In a statement he made in 2015, President Recep Tayyip Erdoğan said individuals should be punished for their mistakes, rather than an entire party.