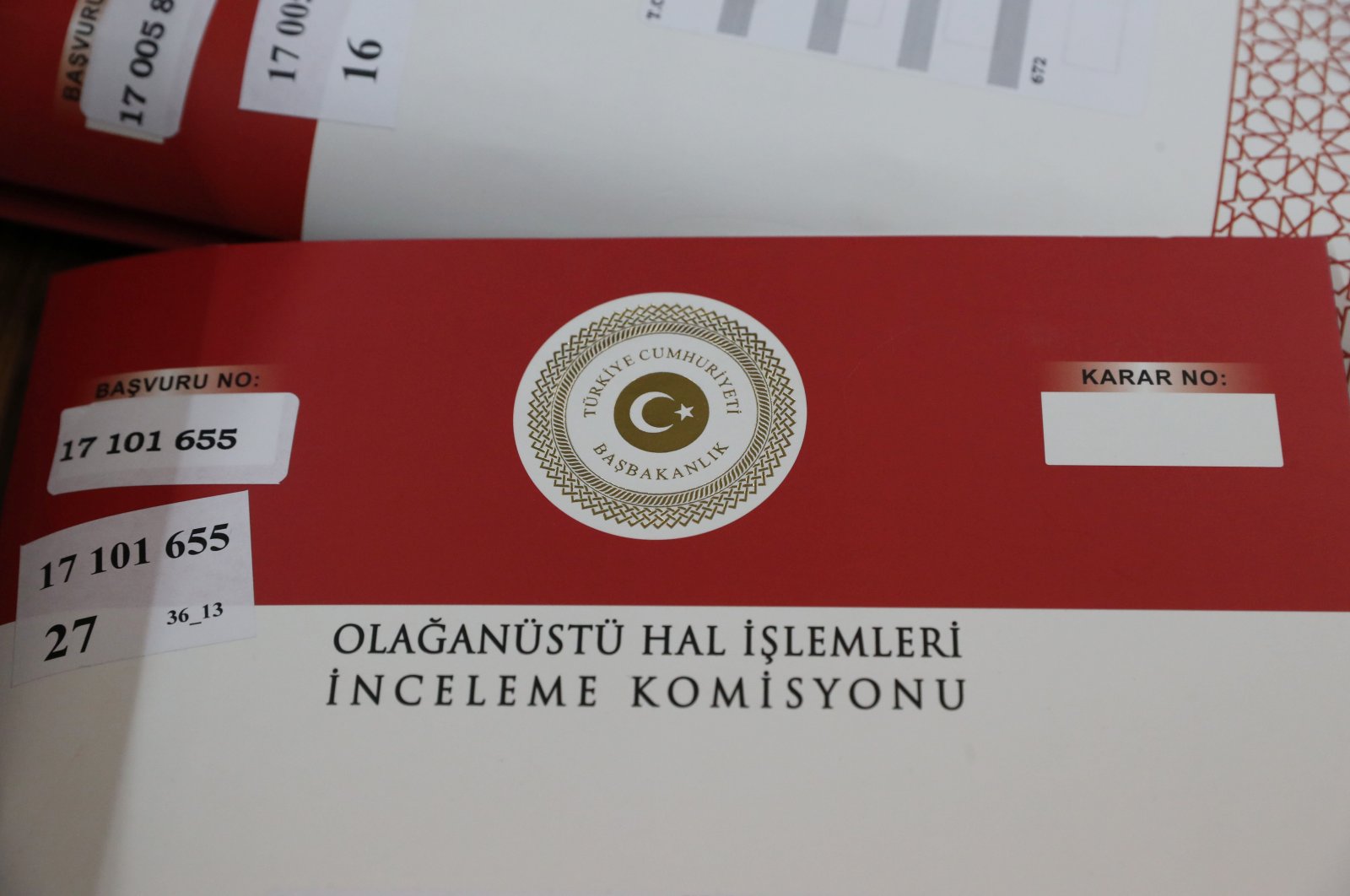 An appeal file stands in center of the Inquiry Commission on the State of Emergency Measures, Ankara, Jan.9, 2019. (Photo by Ali Ekeyılmaz)
by Anadolu Agency Oct 28, 2021 11:55 am
RECOMMENDED

Turkey's commission on the state of emergency announced on Thursday that it has concluded 93% of applications regarding the measures taken after the foiled coup attempt in July 2016.

The Inquiry Commission on State of Emergency Measures received over 126,700 applications on measures adopted under state of emergency decree laws, such as the dismissal of public officials, scholarship cancellations, annulment of the ranks of retired personnel, and the closure of some institutions.

Of these, it has concluded over 118,400 applications since beginning its ruling procedure on Dec. 22, 2017, the report said.

Since the defeated coup attempt, Turkish institutions, including the military, have been working to identify and expel elements of Gülenist Terror Group (FETÖ), the group behind the plot.

A total of 251 people were killed and nearly 2,200 injured in the July 15, 2016 coup attempt orchestrated by FETÖ and its U.S.-based leader Fetullah Gülen.

The commission says it investigated applications for linkages or contact with terrorist organizations or other entities listed by the country's National Security Council as engaging in activities harming national security.

In its announcement, the commission said the number of accepted applications stood at 15,050, with 103,365 rejected and 8,343 more are pending.

It added that of the total applications it had accepted, 61 were for the reopening of groups closed down after the defeated coup attempt, including associations, foundations, and TV channels.

"Accordingly, 93% of the applications have been decided since the date of the beginning of the Commission's decision-making process," said its report.

To deal with these applications, a data processing infrastructure was set up to electronically receive, archive, and examine them, the commission said, adding that the system has recorded information from over 20 institutions and organizations.

For this, the commission employed some 240 professionals, including 75 rapporteurs-judges, experts and inspectors-in the application assessment process.

More than 495,000 files have been classified, registered, and archived, including personnel files transferred from their institutions, court files, and past applications.