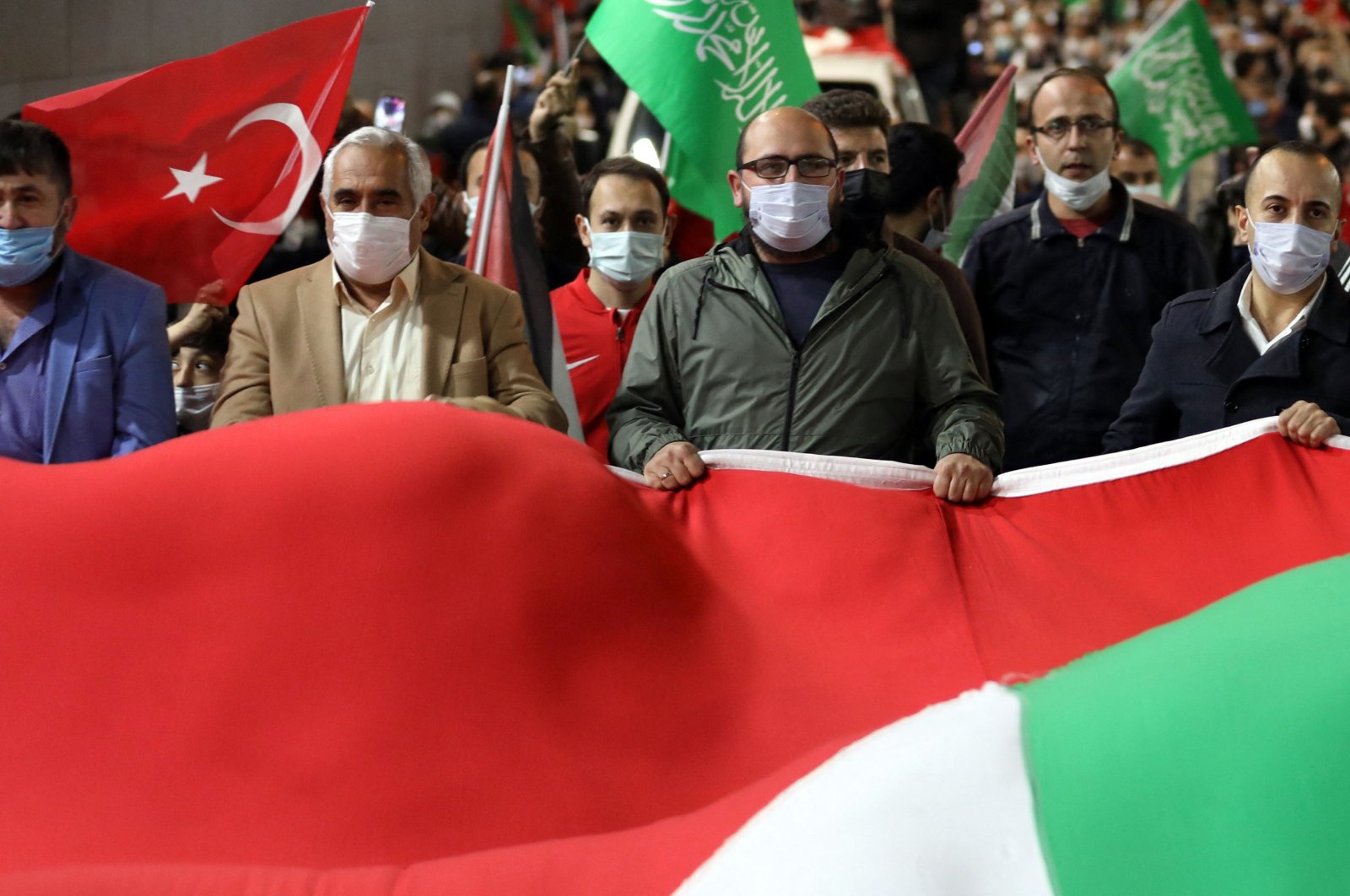 People demonstrate outside the Israel Consulate in Istanbul, late on May 10, 2021, against Israel's deadly air strikes launched on the Gaza Strip, Palestine, killing at least 20 people. (AFP Photo)
by DAILY SABAH May 20, 2021 2:01 pm

The proposal for the subcommittee was accepted by the ruling Justice and Development Party (AK Party), the main opposition Republican People's Party (CHP), the Nationalist Movement Party (MHP) and the Good Party (IP). The members will be determined within three days while a road map will also be discussed.

A report will be prepared after three months of work and will be thereafter conveyed to interlocutors in international meetings.

Israel unleashed a wave of airstrikes across the Gaza Strip early Thursday, killing at least one Palestinian and wounding several others.

The current round of fighting in Gaza was preceded by days of tension and Israeli aggression in occupied East Jerusalem, where hundreds of Palestinians were assaulted by Israeli forces at Al-Aqsa Mosque, a flashpoint site sacred to Muslims, and in the Sheikh Jarrah neighborhood. Heavy-handed police tactics at the compound and the threatened eviction of dozens of Palestinian families by Jewish settlers had inflamed tensions.

Since then, Israel has launched hundreds of airstrikes that it says have targeted Hamas’ infrastructure. Hamas and other groups embedded in residential areas have fired over 4,000 rockets at Israeli cities