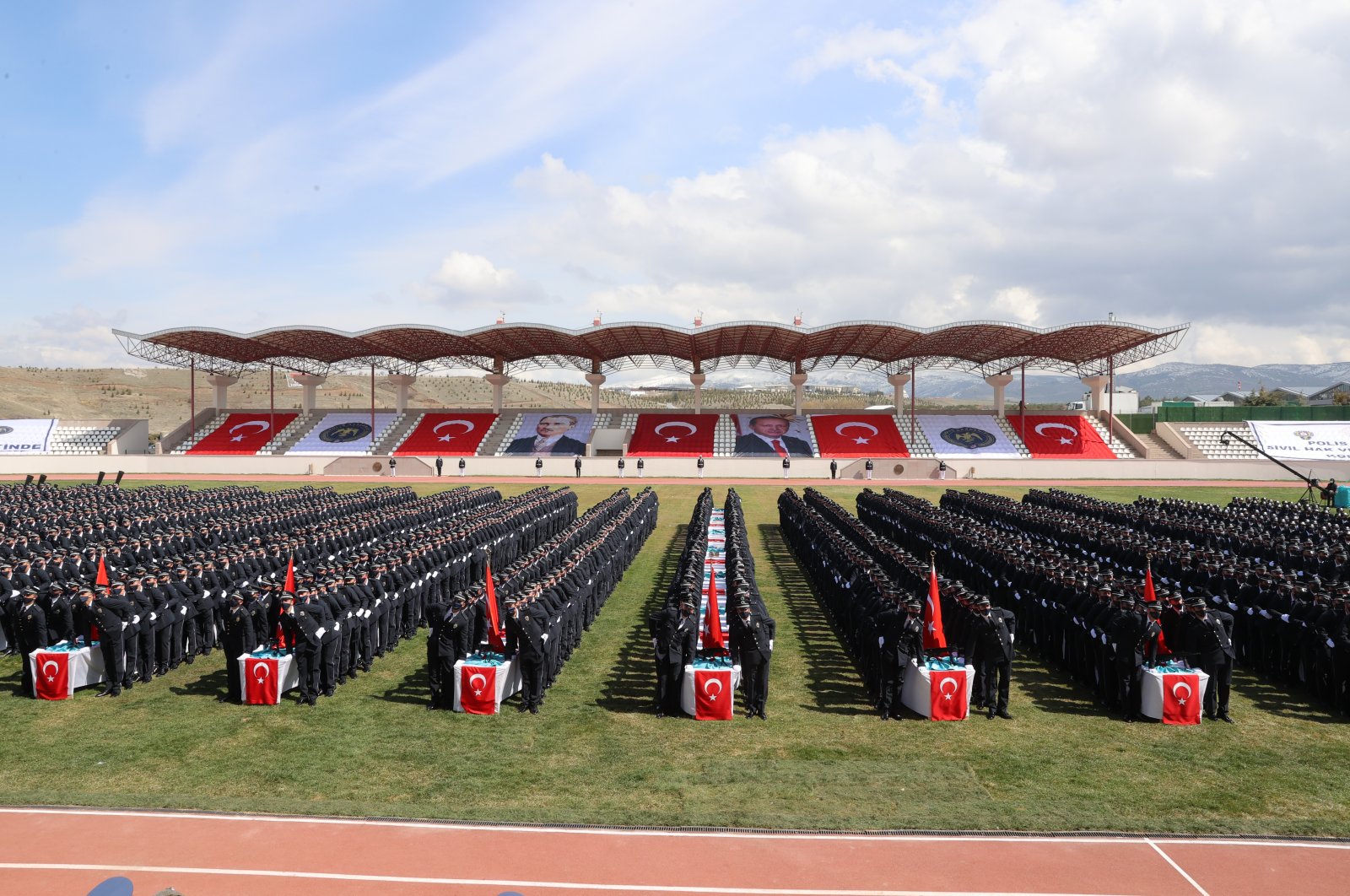 Turkish security institutions, including the police and gendarmerie command, voiced their commitment to the elected government on Sunday after a "declaration" signed by 104 retired navy admirals, drew a strong reaction from all segments of Turkish society for inciting coup notions.

“We are loyal and committed to our state, people, democracy and government until the end,” the police, gendarmerie command and coast guard wrote on Twitter on the same day.

After Turkey's decision last month to withdraw from the Istanbul Convention, a European treaty aimed at preventing and combating violence against women, with a presidential decree, it was questioned whether Turkey could also withdraw from other international agreements by the decision of the president. Parliament Speaker Mustafa Şentop said that it is technically possible in a TV interview while responding to a question from the presenter, who gave the example of the Montreux Convention. Following discussions about Şentop's statements, 104 retired admirals on Saturday released a statement in the form of a warning to the government.

The Montreux Convention Regarding the Regime of the Straits is a 1936 agreement that gives Turkey control over the Bosporus and the Dardanelles and regulates the transit of naval warships. The convention guarantees the free passage of civilian vessels in times of peace and restricts the passage of naval ships not belonging to Black Sea states. Signed on July 20, 1936, at the Montreux Palace in Switzerland, the convention permitted Turkey to remilitarize the Dardanelles. It went into effect on Nov. 9, 1936, and was registered in the League of Nations Treaty Series on Dec. 11, 1936.

The Turkish Defense Ministry also published a statement on Sunday, underlining that the declaration harmed democracy and demotivated the Turkish Armed Forces (TSK) "at a time when the TSK, at the leadership of our president, makes huge self-sacrifices to protect our interests, contribute to global peace and stability and protect the rights of our friends and brothers both within the country and abroad, in Syria, Iraq, Cyprus, Azerbaijan, Libya, the Eastern Mediterranean as well as many other geographies."

Highlighting that the Defense Ministry is certain that the independent Turkish judiciary will do what is necessary, the ministry added in a written statement that the TSK's growing strength is clearly demonstrated through the successful operations it conducts.

"The Turkish Armed Forces cannot be made a tool for the ambitions and personal goals of people that have no duty or responsibility," it added.