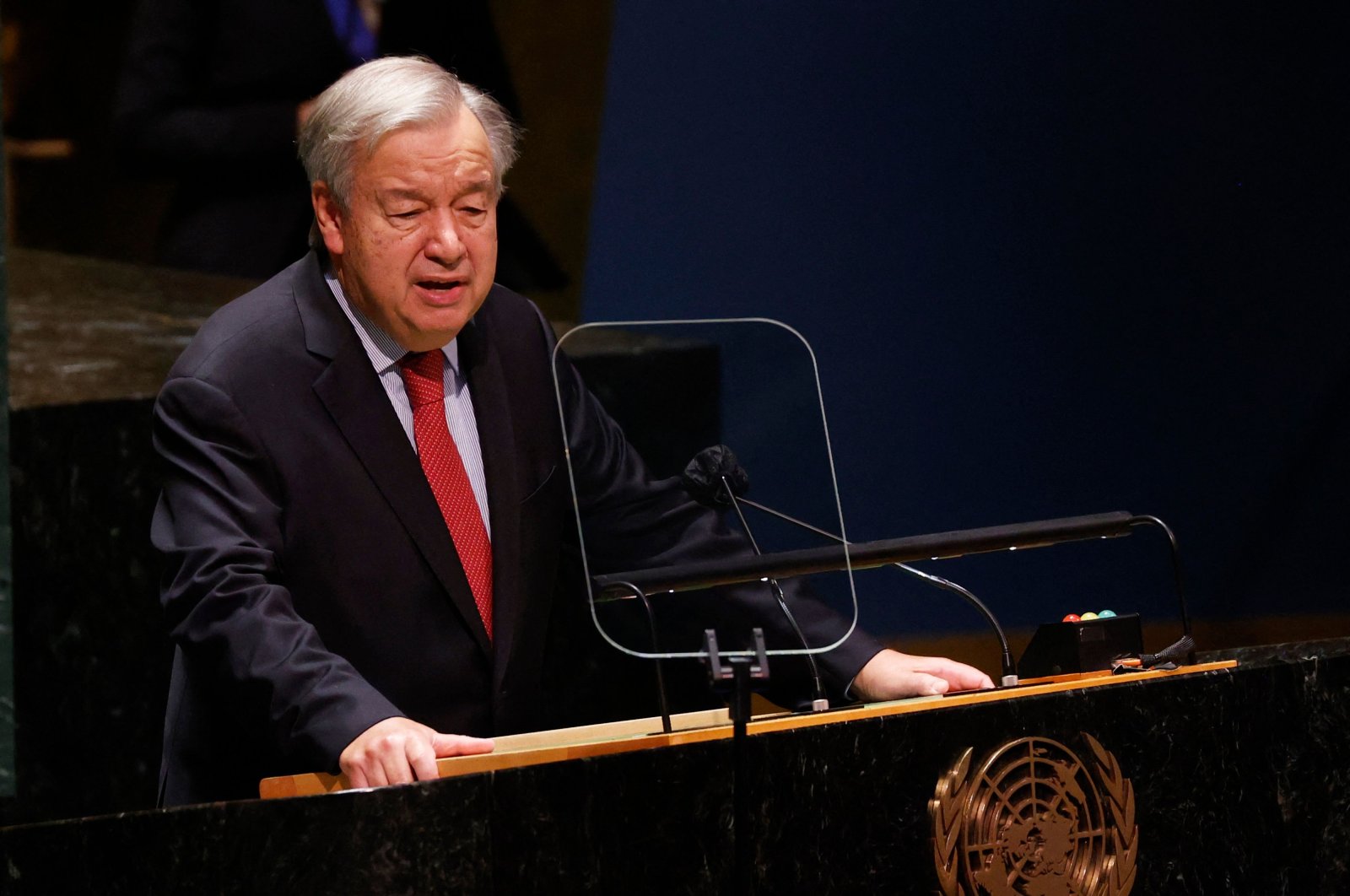 United Nations Secretary-General Antonio Guterres speaks at a high-level meeting to commemorate the 20th anniversary of the adoption of the Durban Declaration and Programme of Action, at the U.N. headquarters in New York City, U.S., Sept. 22, 2021. (AFP Photo)
by DAILY SABAH WITH AA
Oct 08, 2021 9:55 am

"I expect Turkey to present as soon as possible a national #ClimateAction plan in line with its commitment to get to net zero emissions by 2053," Guterres said on Twitter.

On Wednesday, Turkey's Parliament ratified the Paris Agreement to contribute to global efforts against climate change.

On Dec. 12, 2015, parties to the United Nations Framework Convention on Climate Change (UNFCCC) reached an agreement to fight climate change and achieve a sustainable low-carbon future at the U.N. Climate Change Conference (COP21) in Paris.

The Paris Agreement, defined as "a bridge between today's policies and climate-neutrality before the end of the 21st century," seeks to strengthen the global response to the threat of climate change by stopping global average temperatures from rising more than 2 degrees Celsius (3.6 degrees Fahrenheit) above preindustrial levels over the next century.

It also seeks to pursue efforts to limit the temperature increase even further to 1.5 degrees Celsius if possible.