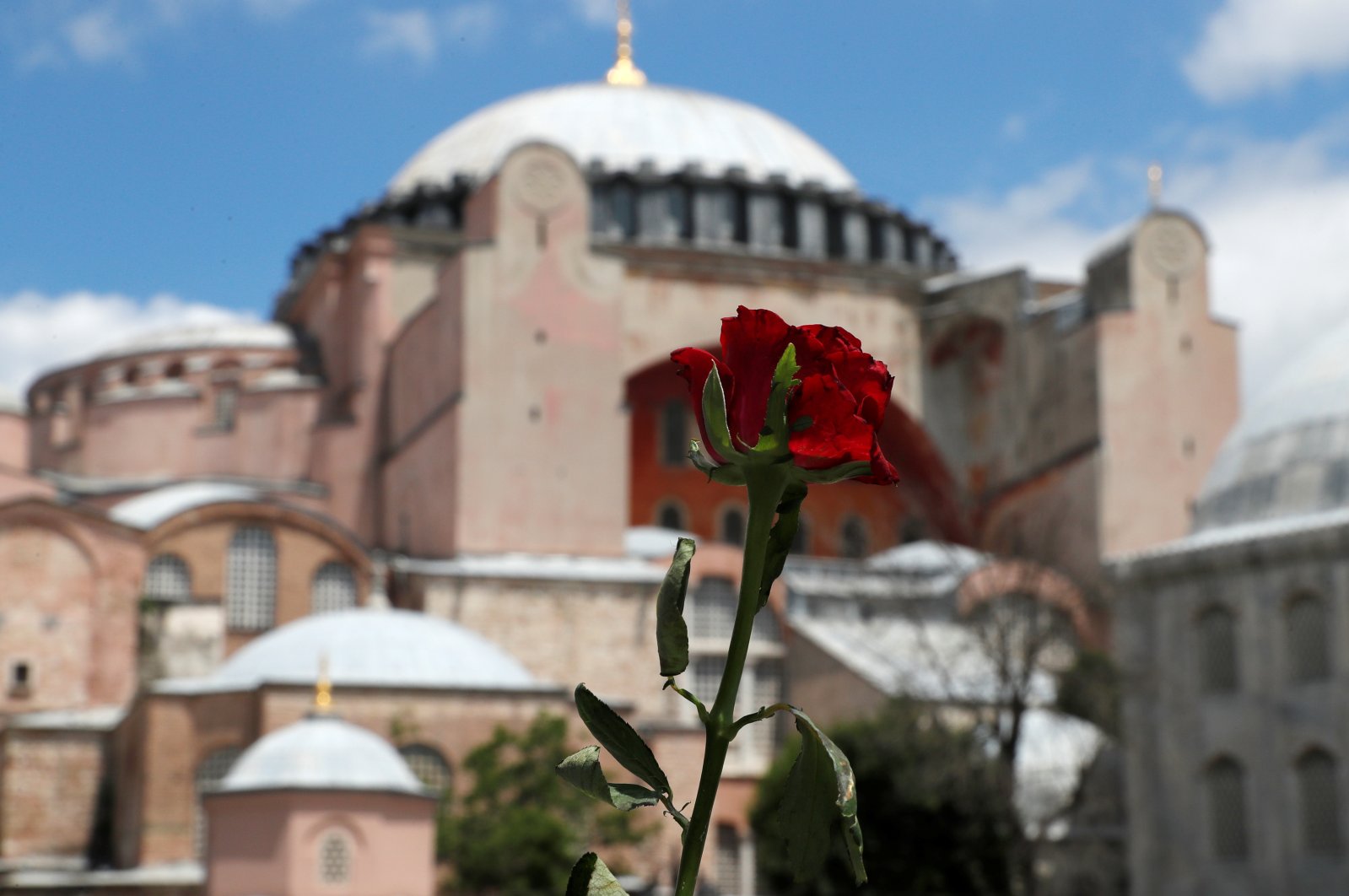 Muslim community leaders from around the globe have welcomed Turkey's decision to revert Istanbul's iconic Hagia Sophia back into a mosque, congratulating President Recep Tayyip Erdoğan on the move.

In letters and phone calls to Ali Erbaş, the head of Turkey's Presidency of Religious Affairs (Diyanet), the leaders thanked President Erdoğan and hailed the reopening of Hagia Sophia as a mosque, said a Diyanet statement.

In a phone call, Allahshukur Pashazadeh, the chairman of the Religious Council of the Caucasus, congratulated Erbaş over Turkey's move, while a letter from Rateb Jneid, head of the Australian Federation of Islamic Councils, conveyed his support for the decision.

The Republic of Turkey under Erdoğan's leadership is "a rising star and indispensable source of hope for Muslims and the oppressed," Shaqir Fetahu, deputy chair of the Islamic Religious Union of the Republic of Macedonia, said in his letter.

In a letter on behalf of the Council of Lithuanian Muslims Religious Communities, Lithuanian Mufti Aleksandras Beganskas said: "We believe that this blessed mosque, which is a symbol of monotheism, will embrace all of humanity regardless of religion, language, race and sect under Turkey's Presidency of Religious Affairs."

Erdoğan's move to open the UNESCO World Heritage Site for worship is also a sign for the liberation of Jerusalem's Al-Aqsa Mosque from captivity, said a letter from the Association of Palestinian Scholars Abroad.

In its letter, the Association of Moroccan Scholars congratulated all the courts in Turkey, the people, the Islamic world and President Erdoğan for deciding to reopen Hagia Sophia for worship.

Hagia Sophia was first built as a church in the Byzantine era. It became a mosque after Ottoman Sultan Mehmet II conquered Istanbul in 1453.

Last week, Turkey's Council of State annulled a 1934 Cabinet decree that had turned Hagia Sophia into a museum after nearly 500 years of use as a mosque.