Ankara to use compartmentalization in managing relations 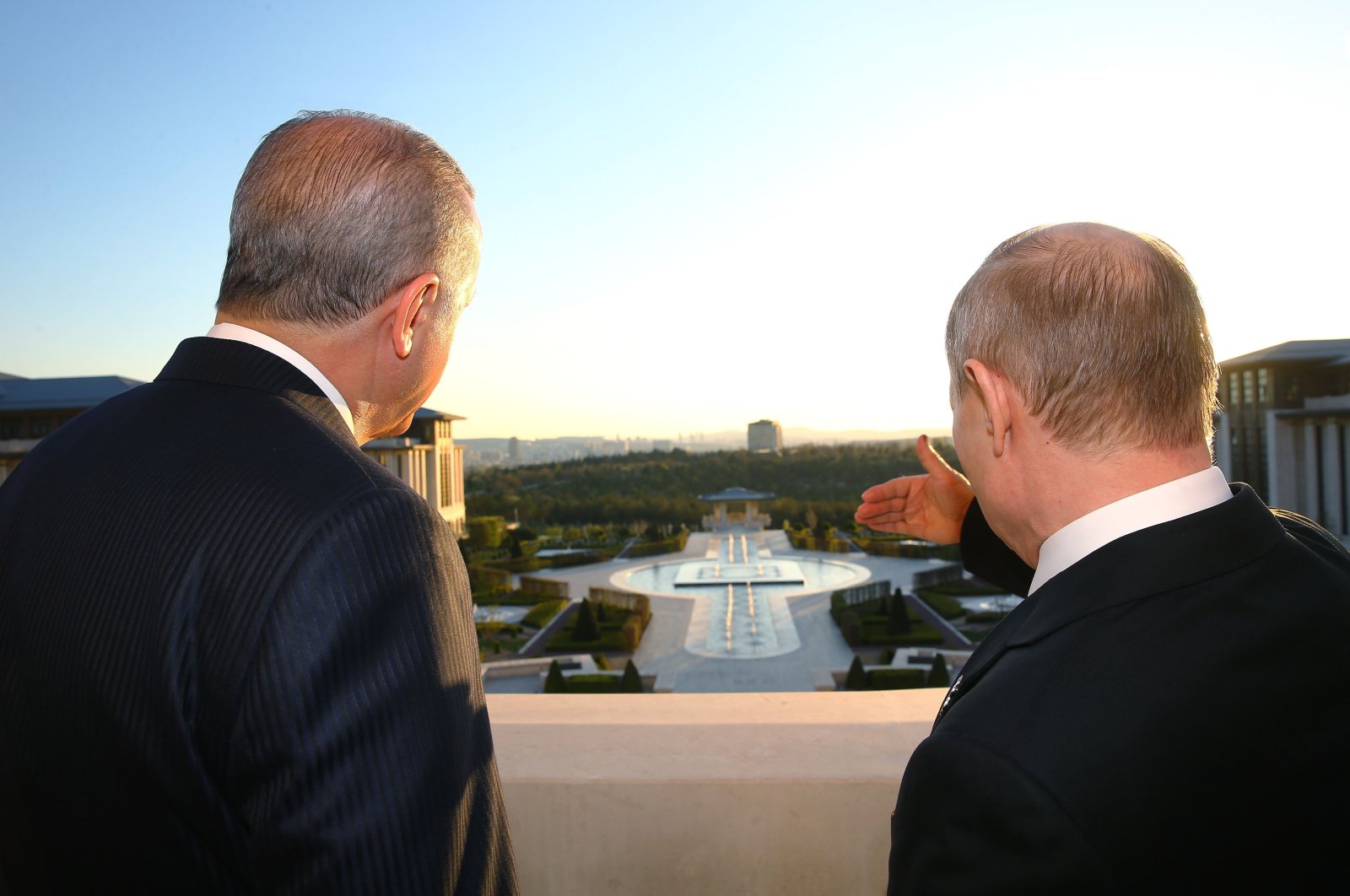 Ankara will not give up its policy of reconciliation, despite its deep-rooted disagreements with Moscow and Washington.

Many are expecting a noticeable change in Turkish foreign policy following the Brussels summit. Turkey is likely to highlight possible areas of cooperation at the summit, even if no progress is made on bilateral fundamental disputes with the United States and Russia. Turkey with its extensive and historical relations with both countries will focus on the positive side of relations to overcome the areas of disagreements in the political sphere. It will use compartmentalization to focus on potential areas of cooperation from foreign policy, economy, tourism, trade, energy and the defense industry to overcome challenges and disputes.

This was confirmed by President Recep Tayyip Erdoğan's statements, especially after the NATO summit in Brussels. “By strengthening our dialogue channels with the United States at all levels, we are determined to further the positive atmosphere at the meeting with (U.S. President Joe) Biden for the benefit of both the countries," Erdoğan said after the last Cabinet meeting Monday.

Erdoğan also answered questions from journalists in Azerbaijan, where he went to celebrate the victory in Shusha. Erdoğan, who discussed the NATO summit and bilateral meetings with world leaders, especially Biden, said he would also hold a bilateral meeting with Russian President Vladimir Putin soon.

It is evident that following the June 14 NATO summit in Brussels, Ankara looks to steer its relations based on areas of cooperation with Moscow, just as it does with Washington, instead of highlighting disagreements. This method is not a new one but can be felt more intensely following the recent developments.

In fact, although the relative pressure on the S-400 and F-35s has decreased slightly after the Brussels summit between Ankara and Washington, it is still not evident if the U.S. will change its attitude toward the YPG/PKK terrorist group.

Despite all this, Ankara, which maintains an uncompromising stance on both the S-400s and the PKK/YPG, offers Washington the opportunity to alter its policies and adopt a solution-oriented multilateralism in Afghanistan, Ukraine, the Eastern Mediterranean, the Caucasus and Syria.

As with Washington, Ankara, which prefers to pursue a positive agenda alongside areas of disagreement with Moscow, considers Russia's positive contributions to the regional peace and security processes important, especially in the geopolitics following the Nagorno-Karabakh conflict. Erdoğan also considers separate talks with Putin important for the development and expansion of the Shusha declaration announced by him and Azerbaijani President Ilham Aliyev on June 15.

Erdoğan also said that Turkey considers the Zangezur corridor of Karabakh connecting the two countries very important, and added that this corridor will offer many opportunities to the entire region. He also stressed that as of now, he does not believe that there is a difference of opinion on the Russian side or an intention to delay this work, on the contrary, he added that Russia seems to have a helpful approach on the matter.

“I think that if they have positive support for this platform, the region will be peaceful very soon. This route, of course, will provide great opportunities for Azerbaijan. In the same way, it will provide great advantages to Armenia. Russia also has a positive outlook on this issue because this is an important corridor, an important line. I hope that it will also add a very serious wealth to the agriculture of the region. In other words, we believe that this place will be an agricultural corridor,” Erdoğan said.

On the other hand, when it comes to Afghanistan-based developments, Russia's attitude is being closely monitored by Ankara. Moscow's position in the face of the initiative that Turkey is expected to take to ensure the security of Kabul airport is a matter of concern. A U.S. delegation arrived in Ankara Thursday and details of the logistical, economic and security support that Washington will provide to ensure the security of the airport were discussed. “We strive for the safety and well-being of the Afghan people and our Afghan brothers and sisters,” said Defense Minister Hulusi Akar, on Wednesday.

In an exclusive interview with Daily Sabah, Afghan Foreign Minister Haneef Atmar also noted that Turkey's presence in Afghanistan is welcomed by both the Afghan people and the government. Turkey running and guarding the Kabul airport following the U.S. troop withdrawal from the country will ensure the security of the present diplomatic community, Atmar stated, hailing the efforts and support of Ankara.

Describing the Afghan government as “fully supportive” of Turkey’s presence at the Kabul airport, Atmar said, “Turkey has once again demonstrated its brotherly feelings toward Afghanistan.”

Pakistan, another country that shares brotherly ties with Turkey, also released statements regarding the issue. Potential cooperation with Turkey in Afghanistan following the U.S. pullout from the country will be discussed, Pakistan's Foreign Minister Shah Mahmood Qureshi stated. Speaking to Daily Sabah on the sidelines of the Antalya Diplomacy Forum, Qureshi said he would meet with Foreign Minister Mevlüt Çavuşoğlu.

Although Russia and Turkey hold different views on Syria, Libya and Ukraine, both countries can find areas to cooperate and sign treaties to establish peace and security while maintaining relations within the framework of mutual interests and respect in conflict areas. As NATO's second-largest power, Turkey is an actor that prioritizes mutual interests and regional gains, neither seeking more conflicts nor interested in appearing as a threat to Russia.

In the coming period, Ankara offers both Washington and Moscow a window of opportunity to bank on geopolitical advantages and relations, at least on the basis of reconciliation while working on disagreements. Both the countries should evaluate Turkey's constructive role in the region and the conciliatory ground it offers.