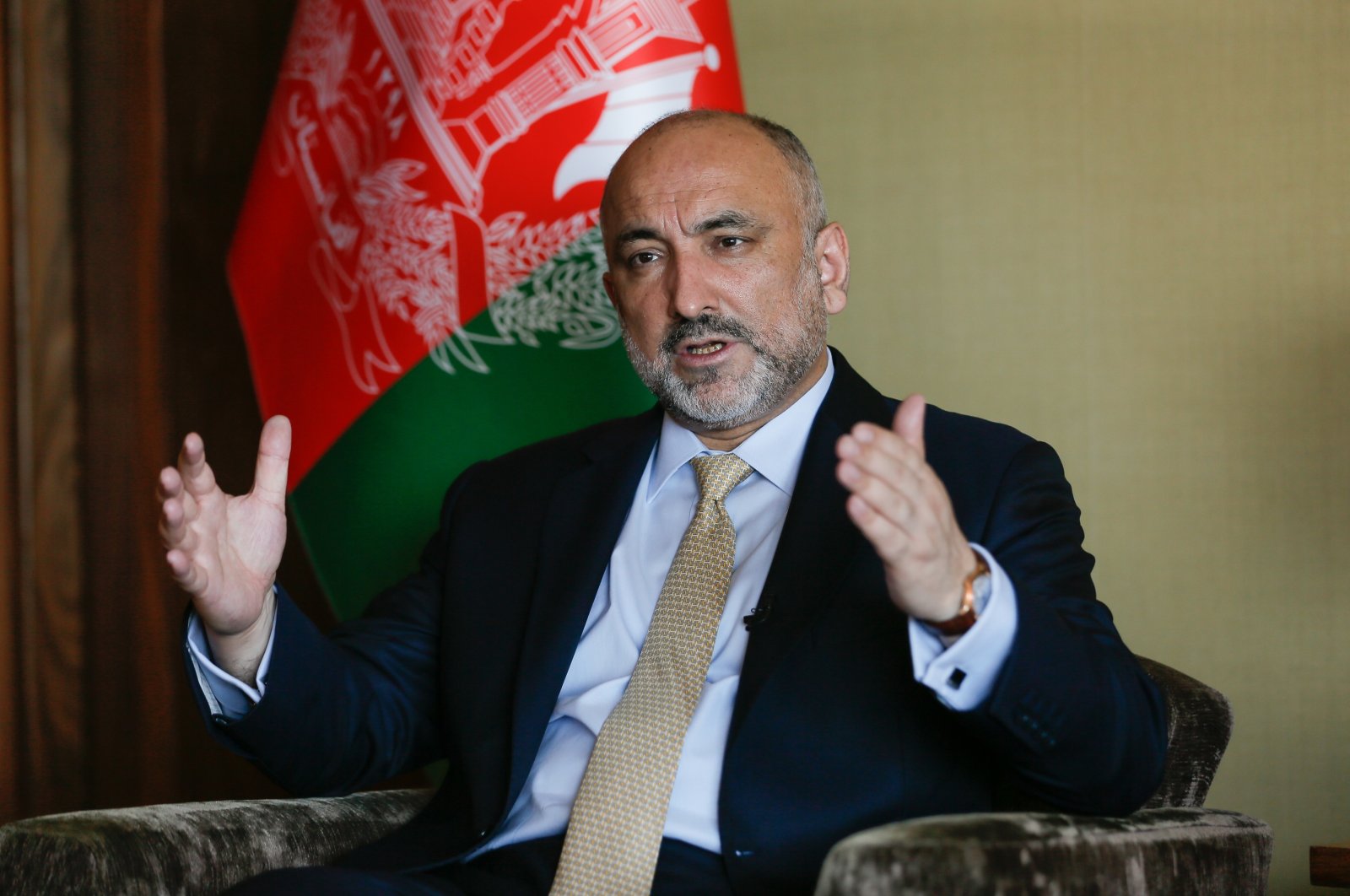 Highlighting the significance of the role Turkey will play in securing Hamid Karzai Airport in Kabul, Afghanistan's foreign minister stated that Ankara's presence in the country is welcomed by both the Afghan people and the government

Turkey’s running and guarding the Kabul airport following the U.S. troop withdrawal from the country will ensure the security of the present diplomatic community, Afghan Foreign Minister Haneef Atmar stated, hailing the efforts and support of Ankara.

Saying that the Afghan government is “fully supportive” of Turkey’s presence at the Kabul airport, Atmar told Daily Sabah in an exclusive interview that, “Turkey has once again demonstrated its brotherly feelings toward Afghanistan.

“Turkey securing the airport will allow Afghanistan to maintain the high capabilities in Kabul airport, which will be important for the continued presence of the diplomatic community as well as continued international assistance to the government and people of Afghanistan,” Atmar underlined.

Asked about the Afghan people’s reaction to the possible Turkish presence at the airport, the minister said: “Turkey has been seen as our most trusted brother. The Afghan people will always welcome Turkey.”

Turkey, whose forces in Afghanistan have always consisted of noncombatant troops, has offered to guard Hamid Karzai International Airport as questions remain on how security will be assured along major transport routes and at the airport, which is the main gateway to the capital Kabul.

At the end of a series of meetings with NATO leaders on the sidelines of the alliance summit, President Recep Tayyip Erdoğan stated that Turkey was seeking Pakistan and Hungary’s involvement in the mission in Afghanistan following the departure of the U.S.-led NATO force.

However, the Taliban have opposed Ankara's proposal, saying that Turkey should also withdraw its troops in line with the 2020 deal for the pullout. Speaking on the issue, Atmar highlighted that, “Anything that brings peace, stability and prosperity to Afghanistan is opposed by the Taliban.”

He also noted that Afghanistan and supporting countries should never succumb to the pressure of the Taliban.

On the possible presence of Hungary and Pakistan in the mission as proposed by Turkey, Atmar said: “Our understanding is that Pakistan is not part of this.”

“This is a Turkey-led effort supported by NATO, including Hungary. On what his excellencies the president of Turkey referred to is to enlist, seek support from Pakistan for peace and stability in Afghanistan. So, these are two different things,” he elaborated.

“For broader peace and reconciliation they are seeking help from the region, including Pakistan,” Atmar added.

Most recently, Pakistani Foreign Minister Shah Mahmood Qureshi told Daily Sabah that Pakistan was ready to discuss the details of the mission with Turkey.

Qureshi reiterated that Pakistan currently has no role in providing security for Kabul’s airport.

The Taliban ruled Afghanistan until ousted by a U.S.-led coalition after the Sept. 11, 2001, attacks in America. In recent weeks Taliban fighters have overrun several districts in south and northern Afghanistan, convincing government security forces to surrender and seizing their weapons and military vehicles. The heaviest fighting has been in the northern Faryab province and in southern Helmand.

Meanwhile, U.S. President Joe Biden will meet at the White House with Afghan President Ashraf Ghani and the chairperson of Afghanistan's High Council for National Reconciliation, Abdullah Abdullah, this week to discuss the U.S. troop withdrawal.

The visit would come in the face of slow progress in talks between the Taliban and Afghan government representatives in Qatar. Officials have raised concerns over the stalling negotiations and have said the Taliban have not yet submitted a written peace proposal that could be used as a starting point for substantive talks.

On the other side, upon the request by the U.S., Turkey had stated that it was ready to host intra-Afghan peace talks negotiations in the country. The talks that had been planned were delayed due to the Taliban refusing to attend them.

“We do not have a date yet, but I had a good discussion with his excellencies Mevlüt Çavuşoğlu, we talked about setting a date and working on the issue,” Atmar stated.

In March, U.S. Secretary of State Antony Blinken sent a letter to Afghan President Ashraf Ghani that stated that Turkey would be asked to host a senior-level intra-Afghan peace meeting in the near future to finalize a peace agreement. Following the news, Turkey expressed its readiness to take part in mediation efforts to establish peace in Afghanistan and the region.

The minister further told Anadolu Agency (AA) that the U.S., NATO and Afghanistan have honored their commitments made in the Doha peace deal, but the Taliban have not.

"So, it's time for the world community, and especially our region, to call on the Taliban that they must honor their obligations," he said. "They must stop violence, and they must in good faith join the Afghan government in peace negotiations."

A trilateral meeting between the foreign ministers of Turkey, Iran and Afghanistan was held in Antalya, on the sidelines of the Antalya Diplomacy Forum organized by Turkey’s Foreign Ministry, on Sunday.

Describing the meeting as “successful,” Atmar stated that it was a "crucial mechanism" to coordinate combined efforts for peace, security, counterterrorism and economic cooperation. On the first day of the forum, Atmar and his delegation met with Iran separately.

“Iran is a steadfast supporter of the Republic and our gains of the past 20 years,” Atmar tweeted following his talks. The Afghan minister also met with his Pakistani counterpart, Shah Mahmood Qureshi, and discussed peace and security. “We agree that our common interests will have to be supported by mutual respect and trust,” Atmar said, indicating that he was invited by Qureshi to Islamabad.