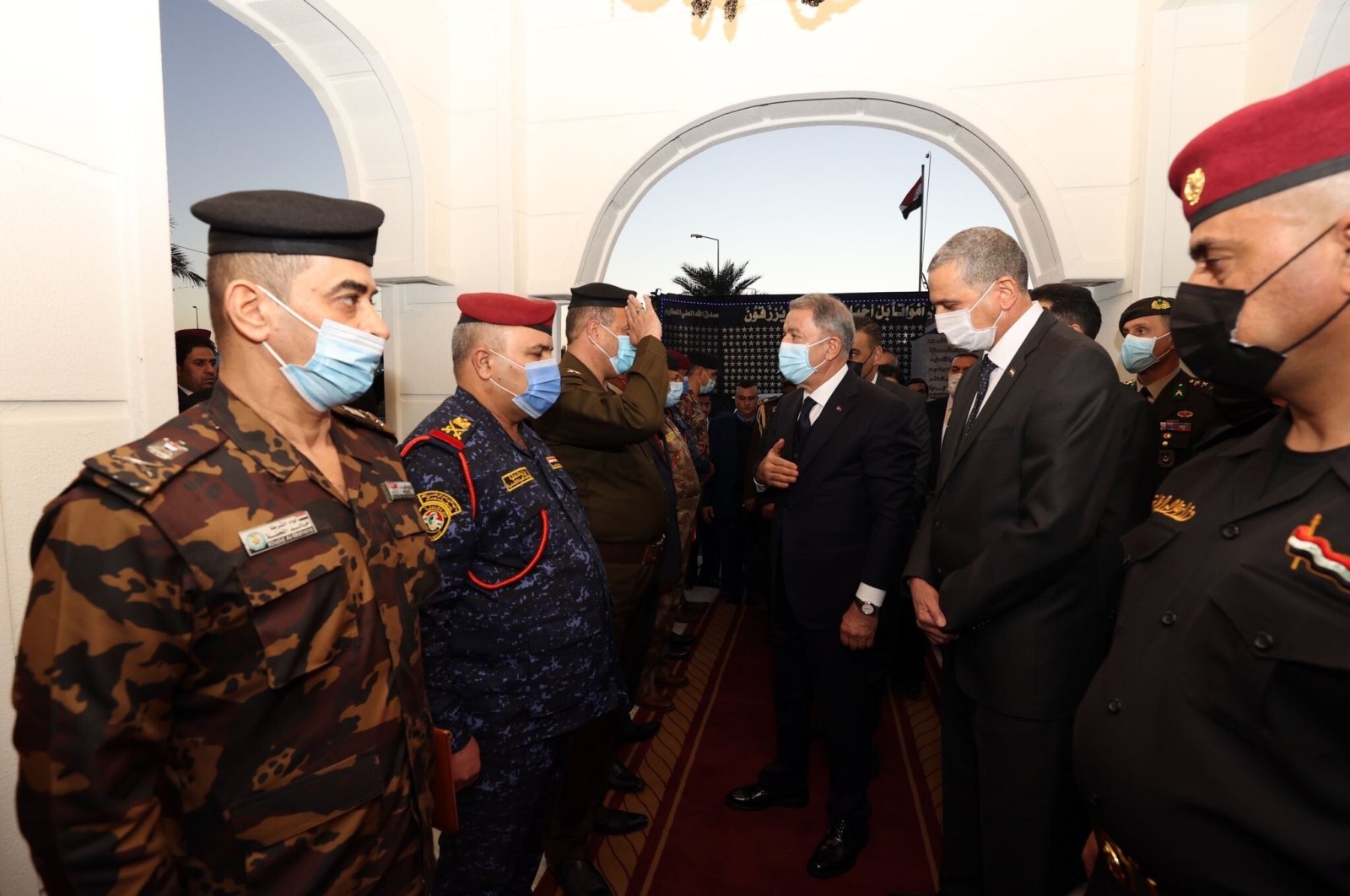 For the PKK terrorist group and its offshoots, territory in which to hide continues to narrow in the triangle formed by Ankara, Baghdad and Irbil.

Cooperation between Ankara and Baghdad as well as Ankara and Irbil will soon lead to a number of very important developments in the field of combating terrorism. It seems that the biggest and ultimate goal of this trilateral synergy will be the complete removal of the PKK and its offshoots in the region from the Iraqi-Syrian-Turkish border.

From the statements made by Akar and his interlocutors after the talks, the outcomes of this visit are quite evident in many respects. The most important of these are the following results. Cooperation by establishing appropriate mechanisms in the coming period may lead to a number of very important developments in the fight against terrorism. The Turkish and Iraqi administrations agree that the PKK has no holes left through which to escape and that the end is coming. Despite this, there is mutually confirmed information that the PKK and its offshoots have not completely left the Sinjar area. The Baghdad administration, in particular, continues its work on this issue. Since both countries will continue regular talks and will soon reflect that cooperation on the ground, Turkey is ready to help in this regard, if Irbil and Baghdad ask for assistance.

Meanwhile, the foundations of the agreement reached to clear the PKK from Sinjar were laid last year. At the end of last year, high-level cooperation between Turkey and Iraq as well as the cooperation between Ankara and the KRG were strengthened by visits of both Nechirvan Barzani and Iraqi Prime Minister Mustafa Al-Kadhimi to Ankara.

During Kadhimi’s visit, President Recep Tayyip Erdoğan said that Turkey appreciates the operations conducted by Iraqi authorities against the PKK. Both leaders stated that Turkey and Iraq had also agreed to continue fighting against other "common enemies" such as Daesh and the Gülenist Terror Group (FETÖ) by underlining the fact that separatist terrorism has no place in the future of Turkey, Iraq or Syria.

Besides these, the determination of clearing the region from the PKK and increasing international pressure on its offshoots are also often expressed by KRG officials. For instance, Masrour Barzani had also called for renewed efforts to stop the PKK’s Syrian offshoot, the YPG, from exploiting foreign aid, last December during his talk with U.S. officials. The KRG in its message referred to the YPG-dominated group in Syria that receives military aid from the U.S.

The recent mutual visits, especially Akar's last visit, indicate an intense, permanent and fruitful cooperation between the two countries. In particular, the extremely productive cooperation and coordination between Turkey and Iraq in the fight against the PKK have proven effective in achieving goals, protecting citizens and borders and securing the region.

One of Turkey's most important focuses in the relations is the two countries' historical brotherhood, rather than merely being neighbors. While the entire region is going through a tense period, both countries' internal and border security have crucial strategic importance.

The continued presence of the PKK in northern Iraq is the most important aspect of this common security threat. Therefore, relations between the two countries are now considered in terms of regional defense and security, and both sides believe that the terrorist threat must be eliminated.

Turkey is working very closely not only with the Iraqi central government but also with the KRG in this fight. In this sense, it is remarkable that Akar stated that the KRG's contribution to the process is extremely important and valuable. According to Turkey's assessment, many Iraqis have begun to see the true face of the PKK, which orchestrates drug trafficking as well as weapon and human smuggling. Turkey has been emphasizing for years that the PKK is also an enemy of the people of the region, rather than representing the Kurdish people, and the Kurds have been victims of its terror for years.

In light of these developments, Turkish-Iraqi relations will likely witness very solid cooperation in the coming period in the fight against terrorist organizations, ensuring the security of Turkish and Iraqi people and the territorial integrity of the two brother countries.

Turkey will offer its support in a wide range of areas, especially in the fight against terrorist organizations, so Iraq and the Iraqi people do not drift back into instability. Iraq and Turkey believe that they are the two countries in the region that guarantee sustainable peace, and the fruits of this cooperation are likely to be felt in the new era for this ultimate goal.