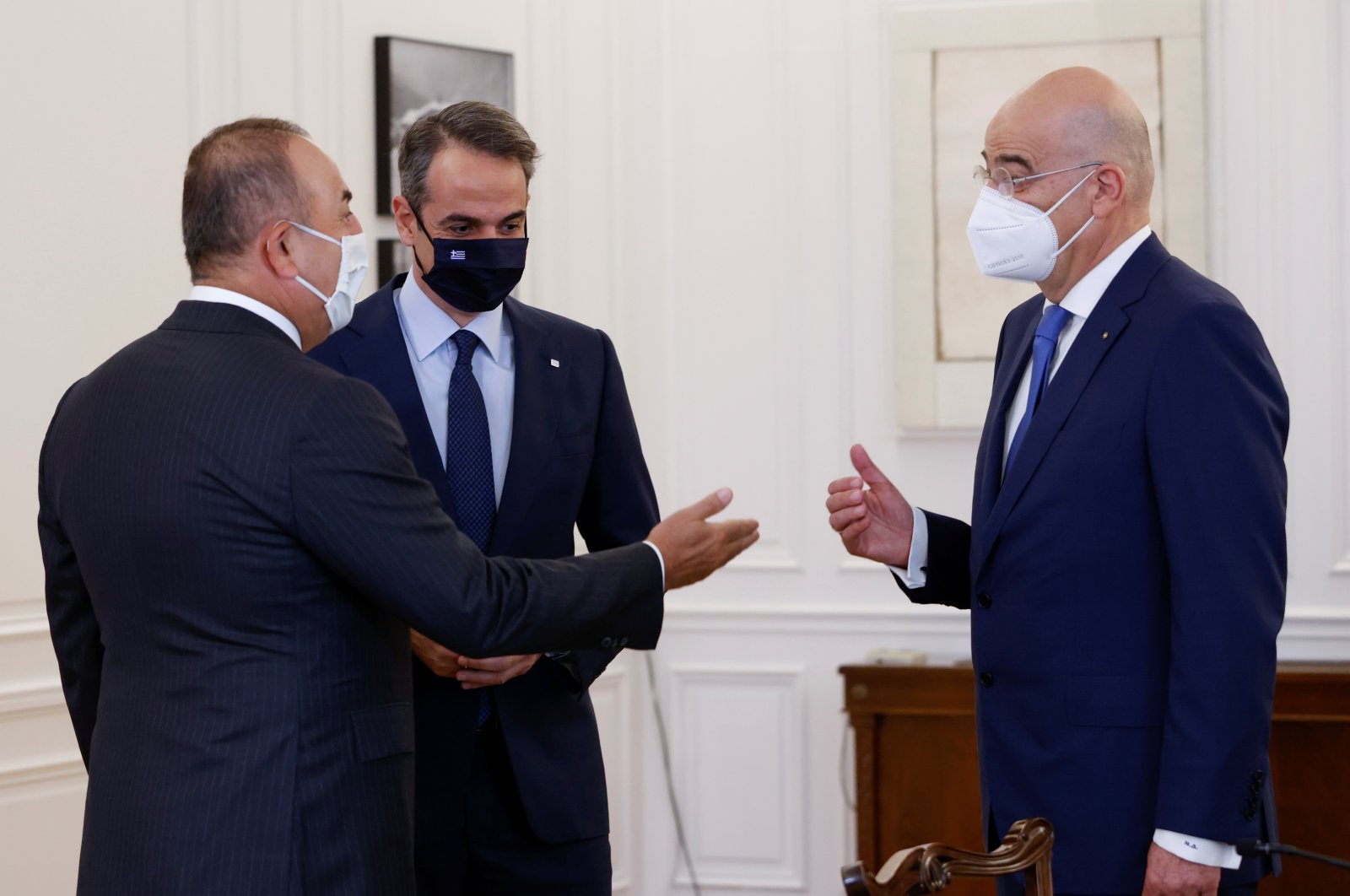 Foreign Minister Mevlüt Çavuşoğlu visited Greece at the beginning of the week after a five-year break. Although the disputes between the two countries are wider than the agreements, Çavuşoğlu stated strongly from the first hours of his visit that Turkey has a positive agenda to follow with Athens.

Meanwhile, during his meetings with the Turkish community in Western Thrace, which was the first stop of his visit, Çavuşoğlu's visit was followed by a large group of press members from Athens.

During Çavuşoğlu's visit, who was officially invited by Prime Minister Kyriakos Mitsotakis himself, there was no diplomatic crisis, as caused by Greek Foreign Minister Nikos Dendias’ visit in Ankara. Although some Greek media have claimed that the Turkish foreign minister’s visit to Western Thrace was a “pre-visit tension,” Dendias and Çavuşoğlu are two highest-ranking diplomats who have known each other for many years, and these concerns have been dismissed.

At the press conference in Athens after bilateral talks, the Greek media's concerns that Çavuşoğlu would respond to Dendias with a similar attitude witnessed in Ankara were baseless. The Turkish foreign minister had signaled before the talks that he has a positive agenda despite the wide range of disagreements. As for the results of the visit, a road map containing 25 articles for concrete cooperation between the two countries on a wide range of areas, from tourism, health, environment to trade, was agreed upon.

Looking at the issues of this dispute, Turkey's position is very clear. Turkey wants a fair share of revenues in the Eastern Mediterranean for all parties. In this sense, he believes that bilateral talks between Turkey and Greece can be initiated in addition to the international conference proposed by Turkey. In Cyprus, a two-state solution was also put on the table as well as issues that have long been entente, such as the recognition of the rights of the Turks of Western Thrace.

According to diplomatic sources, during the talks, multilateral issues, from the rights of the Turks of Western Thrace to the Eastern Mediterranean, from Cyprus to relations with the European Union were discussed. They also stated that Greece should approach the Turks in Western Thrace with the sensitivity Turkey offers its Orthodox minority. The topics of fair sharing of resources in the Eastern Mediterranean by the two countries and the rights of the Turkish Republic of Northern Cyprus (TRNC) under international law were also raised by the Turkish delegation.

On the other hand, Turkey also stressed once again during the talks that rhetoric and tension-raising actions by Greece should be avoided. A 25-point cooperation plan in the field of energy transportation, logistics, tourism and environment from trade to economic cooperation was also prepared in the coming period. A request to start a mutually safe journey with a vaccine certificate also came from Greece, and Turkey welcomed it. In general, diplomatic sources noted that the meetings were held with a positive outlook. They also expressed the view that Turkey knows the difficulties in the European Union, but the problems can be solved only between Turkey and Greece, not by the intervention of others.

The general impression on the Greek side is that the Turkish society in Western Thrace, in particular, considers the defense of the rights of Turkey's descendants in relation to the status of a "Muslim minority" with the Lausanne agreement as part of an obsession and a perception of a threat.

On the other hand, it seems that Greece has become obsessed with the kinship between the Turkish minority and Turkey, which has the status of a "Muslim minority" under the Lausanne agreement in Western Thrace, and sees it as a threat. As a result, during Çavuşoğlu's meetings in Komotini, negative and provocative messages from Athens could have also sabotaged the negotiations in Athens.

The fact that there was no provocation during the visits followed by media and police was also a win. All these tensions are not enough to cover up the negative conditions in which the Turkish society in Western Thrace lives. Thirteen years have passed since the decisions of the European Court of Human Rights (ECtHR) against Athens on the granting of rights for more than 100,000 Turks of minority status here, which are still not being implemented. All these decisions are still not recognized by Athens and are not implemented by local courts.

Athens has clearly demonstrated that it is not comfortable with both its Turkish and Muslim identities through its schools, workplaces, associations, repressive interventions in places of worship and policies of denial. Media, newspapers and nongovernmental organizations (NGOs) that are the voice of the Turkish society of Western Thrace receive threats, and in places, they are sentenced to prison under other pretexts. The Western Thracian Turks are also struggling with economic backwardness. Civil rights, minority status, their inability to get a sufficient share of economic development, their rights in the social, political and religious sphere continue to be taken away. In the face of Athens' continuation of these policies, it is up to Ankara to tell and listen to these problems. It is time for Athens to pursue fair, sensitive and law-abiding policies by setting aside unwarranted fears regarding this issue.