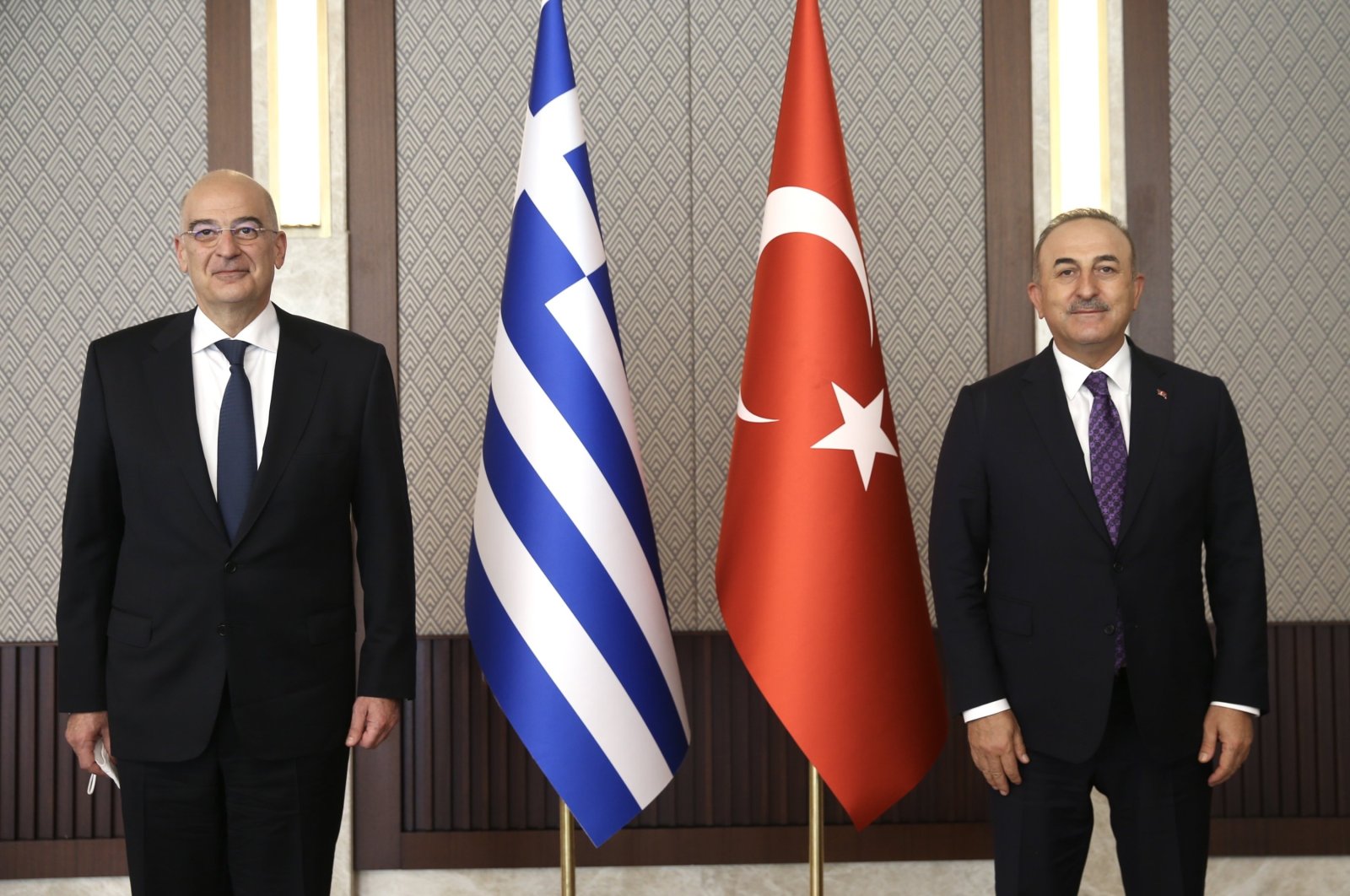 The Greek media has reacted against Foreign Minister Mevlüt Çavuşoğlu's decision to visit the region of Western Thrace before going to Athens, calling it "a cause of tension before the official visit."

Çavuşoğlu will travel to Western Thrace one day before paying an official visit to Athens on May 31, the Foreign Ministry said Thursday. On Wednesday, Çavuşoğlu said he would be traveling to Greece upon the invitation of his Greek counterpart Nikos Dendias.

The Greek media said that Greece does not oppose Çavuşoğlu's visit to Western Thrace but opposes its timing. Accordingly, Greece would rather Çavuşoğlu make that visit after completing the official visits in Athens.

As the Greek media reported, Greece offered this alternative to Çavuşoğlu, but the Turkish top diplomat preferred to go with his initial plan.

In Greece, Ta Nea and Kathimerini newspapers, as well as almost all printed media and TV channels, interpreted Çavuşoğlu's plan as "tension before the visit."

During Dendias' visit to Turkey last month, the foreign ministers of both countries got in front of the cameras for a joint press conference. The conference opened with conciliatory remarks from Çavuşoğlu in which he praised "the very positive dialogue" they just held in the Turkish capital. But the Greek foreign minister used his opening remarks to rattle off a series of long-standing complaints about Turkey – from its search for natural gas in the Eastern Mediterranean to its treatment of the Greek Orthodox minority and the sides' ongoing dispute about migrants.

In the upcoming meeting, the two ministers are expected to discuss bilateral issues and the preparations for a possible bilateral meeting between President Recep Tayyip Erdoğan and Mitsotakis on the sidelines of a NATO summit in Brussels next month.

The two NATO allies have been at odds over decades-old issues including the extent of air and maritime boundaries in the Aegean Sea and the future of the divided island of Cyprus. Turkey and the Turkish Cypriots ruled out discussing a federal system to reunify the island, insisting that a two-state accord is the only way forward. Turkey has also been irked by Greece’s militarization of islands close to the Turkish mainland. Turkey, which has the longest continental coastline in the Eastern Mediterranean, has rejected maritime boundary claims made by Greece and the Greek Cypriot administration, stressing that these excessive claims violate the sovereign rights of both Turkey and the Turkish Republic of Northern Cyprus (TRNC).

The community of Western Thrace Turks is estimated to have between 100,000 and 150,000 members. The rights of the Turks in the region were guaranteed under the 1923 Treaty of Lausanne, a pact forged in the aftermath of the Turkish War of Independence following World War I. Since then, however, the situation has steadily deteriorated. After a Greek military junta came to power in 1967, the minority community started to face harsher persecution and rights abuses by the state. Following Turkey's 1974 peace operation in Cyprus to protect Turkish Cypriots there, the Greek military junta eventually fell, but tight restrictions on the minority group persisted and tightened. By the early 1990s, some rights of the Turks were partially restored, but problems regarding collective and civil liberties continued, and new challenges have emerged.