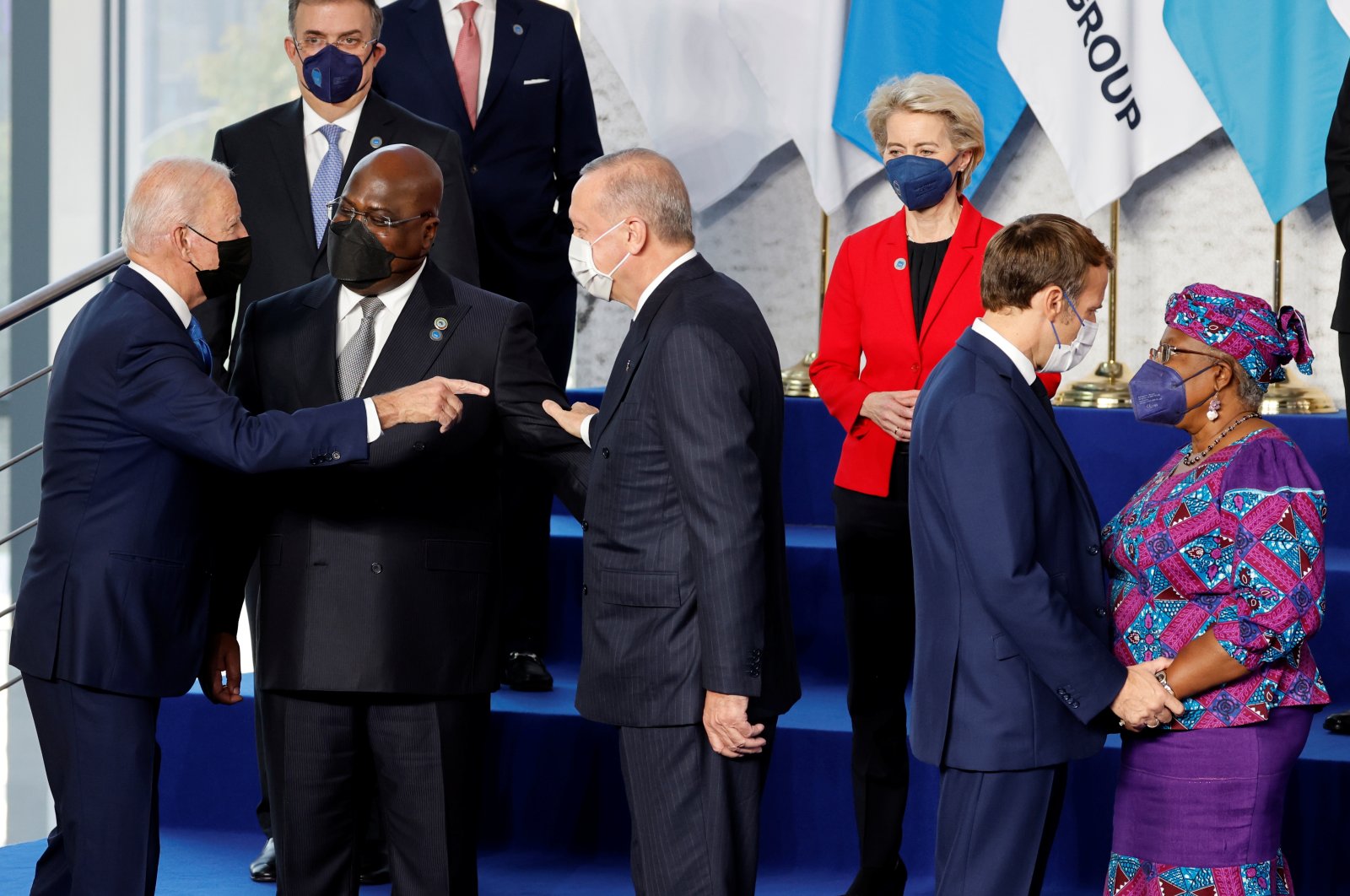 The eyes of the whole world were on two important summits in the week we left behind. The first was the G-20 summit held in Rome, the capital of Italy, and the other was the United Nations Climate Change Conference, also known as the COP26, held in Glasgow, Scotland. The G-20 summit proved successful and satisfactory in the eyes of the international public, while the second one was mostly seen as disappointing.

While Italy managed to fulfill its organizing responsibilities successfully, news from Glasgow showed otherwise. So much so that the host country Scotland only granted a number of privileges to the United States delegation but failed to give a similar protocol to the delegations of other countries. This created diplomatic improprieties and chaos throughout the summit. Israeli Energy Minister Karine Elharrar, who is disabled, could not reach the venue because it was not accessible by wheelchair leading British Prime Minister Boris Johnson to apologize to Elharrar for the confusion.

Amid all this, the Turkish Foreign Ministry and President Recep Tayyip Erdoğan, who may have predicted the logistical nightmare Glasgow would turn into, canceled their visit to COP26. But it can be said, however, that the G-20 summit in Rome proved positive and fruitful for Turkey. Erdoğan's two important and critical talks, other than the meeting with U.S. President Joe Biden during the G-20 summit, were with his French counterpart Emmanuel Macron and Italian Prime Minister Mario Draghi.

It can be said that the G-20 summit was marked unequivocally by these talks. The Italian daily Corriere della Sera, when evaluating the leaders participating in the summit, called Erdoğan "the sought-after name for all the hot files.” The newspaper noted that many leaders wanted to see Erdoğan during the summit. It read: "He became the other headliner of the G-20 along with the host. The Turkish President is the inevitable interlocutor of the hottest files." Moreover, another Italian newspaper, La Verita reported that if there is a "winner" of the G-20, it was most likely Erdoğan. It carried the following remarks: "Is it an exaggerated assessment Probably not. At the summit in Rome, the Turkish President took advantage of three factors: the political weakness of U.S. President Joe Biden both internationally and at home, and Erdoğan had room for maneuver due to the fact that the China-Russia axis did not participate in this summit, and thirdly, he suggested that he played a central role in some critical points."

Another Italian media outlet, Il Messaggero elaborated that the relations between Turkey and Italy, which were strained by the statements of Italian Prime Minister Mario Draghi, were softened by the bilateral meeting of Draghi and Erdoğan during the summit. "It was necessary to repair it, and so it happened," the newspaper said. So what were the hot files for Turkey and President Erdoğan in the talks with the leaders of Italy and France, in addition to the meeting with the U.S. president

It can be said that increased cooperation, especially in the defense industry and Libya, were at the center of the negotiations with Italy. The production of ATAK helicopters, which began with Italy in 2009, is one of the important topics of cooperation in the defense industry. It is known that the engine of the helicopters is supplied by the U.S. and the United Kingdom, and currently there are a number of complications relating to this. If Italy and Turkey can overcome these problems, it is expected that there will be a huge jump in exports of these helicopters.

Turkey and Italy have come to the fore and will continue to cooperate as two countries that generally follow a peaceful and conciliatory attitude on these issues, especially regarding the Eastern Mediterranean and Libya.

On the other hand, it is possible to predict that several important topics were discussed at the meeting between French President Emmanuel Macron and President Erdoğan, and that the atmosphere was intense. Considering the French attitude in Libya toward Turkey, France's increasing arms support for Greece and its support for Armenia in the Southern Caucasus, Paris and Ankara often find themselves on opposing sides. It is also known that the issue of Afghanistan was another important topic in the conversation.

In particular, Erdoğan very clearly conveyed the policies and theses of Turkey to Macron on two issues. The first relates to a move by Paris concerning Libya. Macron offered to co-chair the Libyan conference to be held in Paris on Nov. 12 but received a negative response from Erdoğan as France also suggested including Israel, the Greek Cypriot administration and Greece in the conference. Erdoğan responded by saying that Turkey would not participate in the conference under these conditions.

Macron also brought into question the presence of the Turkish military in Libya, and Erdoğan once again reminded him of the facts. The presence of Turkish soldiers in Libya cannot be questioned because they are there per the invitation of the legitimate administration of the country. Another important topic that concerns Turkey is the intensive sales of arms to Greece by France that have increased in recent months. The fact that Greece, which owes Europe and the U.S. $400 billion, increased its debt further due to these military purchases from France, was also brought to the agenda of the bilateral meeting again.

In this sense, it was emphasized and conveyed to France and the U.S. that the possibility of arming Greece, one of the two NATO members who are very close neighbors, against Turkey, is extremely disturbing for Turkey and the Turkish people. Now, in light of all these developments, we will have the opportunity to see the extent to which Turkey's warnings, suggestions and proposals are considered in bilateral and regional developments after the G-20. In this sense, it seems possible to say that the G-20 summit in Rome, hosted by Italy, is a win for international relations and diplomacy for everyone, in contrast to Glasgow.