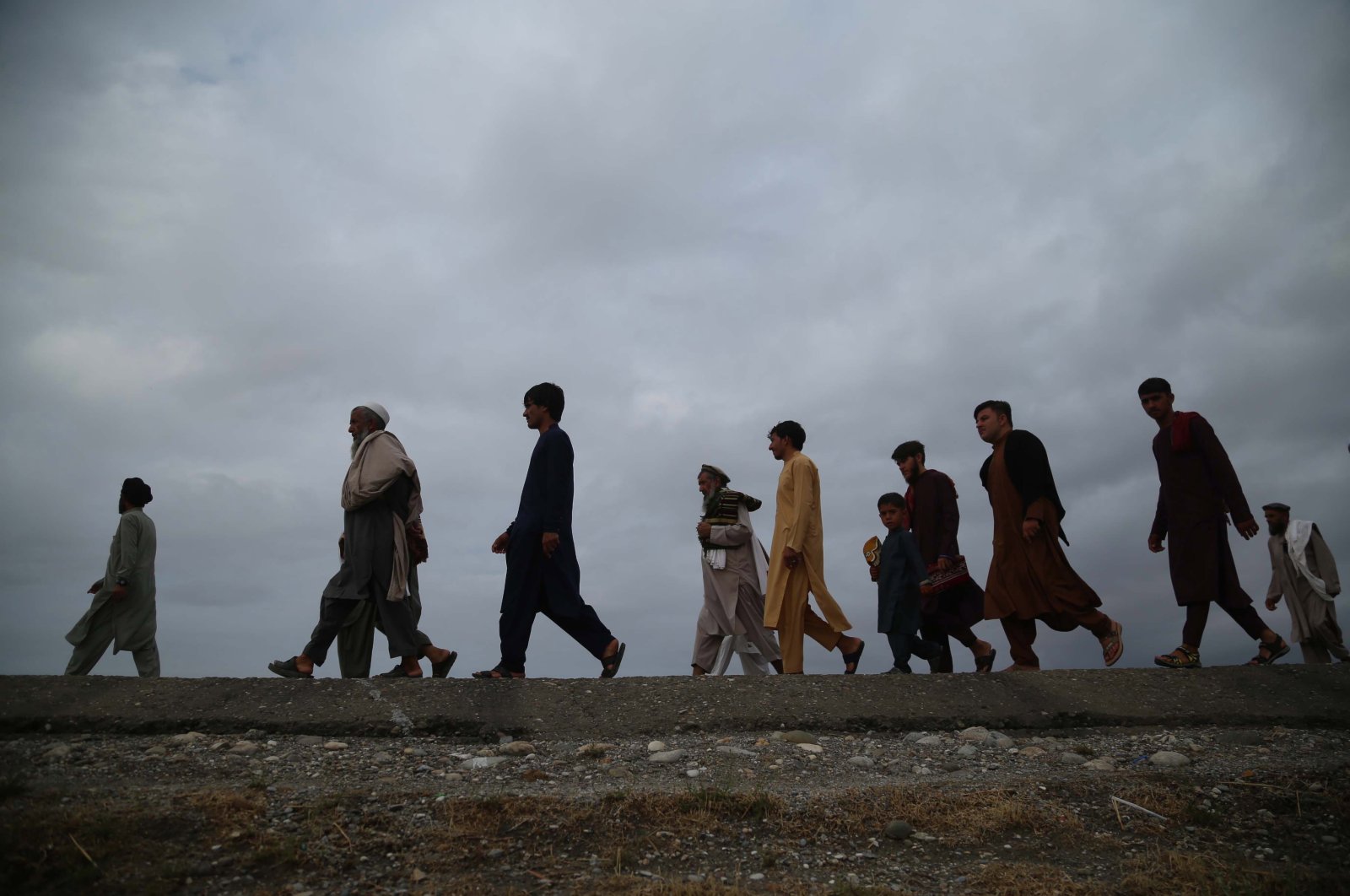 A statement from Washington this week was met by harsh reactions in Ankara. The U.S. State Department’s announcement that the U.S. would accept refugee applications from Afghans fleeing the war in their country, through third countries like Turkey and Pakistan, attracted successive statements from the Presidency, the Foreign Ministry and politicians in Ankara.

Turkey has sent clear and meaningful signals regarding its position in the upcoming period. The country has also criticized the U.S. program to offer potential resettlement to Afghans who may be targets of Taliban violence due to their affiliations, saying the move would cause a "great migration crisis" in the region.

"Turkey will not serve as any country’s waiting room," Communications Director Fahrettin Altun stated Wednesday, criticizing the U.S. plan to use third countries such as Turkey to resettle thousands of Afghans who risk being targeted by Taliban insurgents over their U.S. links.

Moreover, Turkey will not accept the "irresponsible decision taken by the United States" regarding Afghan refugees, a spokesperson for the Turkish Foreign Ministry said late Tuesday.

Turkey's ruling Justice and Development Party (AK Party) Deputy Chair Numan Kurtulmuş also stated that Turkey rejects the U.S. administration's plan to use Turkey as a migrant station, describing the decision as unacceptable. These reactions, which in summary declared that Turkey will not be a "waiting room" for crossings to any country, are based on very concrete reasons.

Turkey has been taking on a great deal of the humanitarian burden of various conflicts going on in the world, especially the Syrian war. It has already paid the cost of the instability in Afghanistan, which has been going on for 20 years.

That is why, apart from forced migration, which exceeded more than 4 million, Turkey does not want to pay more for the failure of the U.S. and Europe to produce solutions in Syria and Afghanistan.

On the other hand, although the U.S. State Department spokesperson Ned Price retracted his statements and claimed that he did not mean Turkey, he said it is "important for countries to keep their borders open to potential refugee flows."

The U.S. did not intend to single out any particular country as a destination for Afghan refugees, Price stated Wednesday after harsh criticism and a diplomatic outcry from Turkey while expressing his gratitude for Ankara’s humanitarian efforts for over 4 million refugees.

Price's statement, like those of Austrian Chancellor Sebastian Kurz in recent weeks, provoked an all-out reaction in Turkey. The country can no longer tolerate irresponsible, unilateral policies and statements made by European countries and the U.S., which are thinking of putting the burden on Turkey once again.

This put Turkey in an uncomfortable position as these decisions were taken unilaterally without consulting Ankara. Another important point that Ankara is concerned about is that international powers, in particular, try to make other countries pay for their mistakes and failures in areas of conflict.

The U.S. government’s call for neighboring countries to keep their borders open for refugee applications from Afghanistan also points to a bigger problem. Ankara warns that Washington's call will trigger a new wave of migration in the region. Otherwise, Turkey's solution to the issue is an obvious one. The Turkish Foreign Ministry said that if the U.S. wants to take Afghans, it could do so through "direct flights."

Turkey is making these calls with great confidence because it has been taking full responsibility for the humanitarian, economic and military burden in the wars in Syria and Afghanistan, as well as being a NATO member. In addition, Turkey has not played any role in initiating these wars. On the contrary, a country that shares the responsibility of putting an end to these wars ends up paying the price and taking on the entire burden. Turkey alone cannot handle another wave of migration.

Careless, irresponsible statements on this issue abuse Ankara's goodwill and the political will it has put forward so far. This position will be a very important factor in Ankara's position on issues that are on the agenda with the EU and the United States, especially on bilateral and collective security issues.

Western states should not expect more from Turkey in the coming period. Ankara has no intention or desire to bear the burden alone in any area where responsibility is not shared jointly.