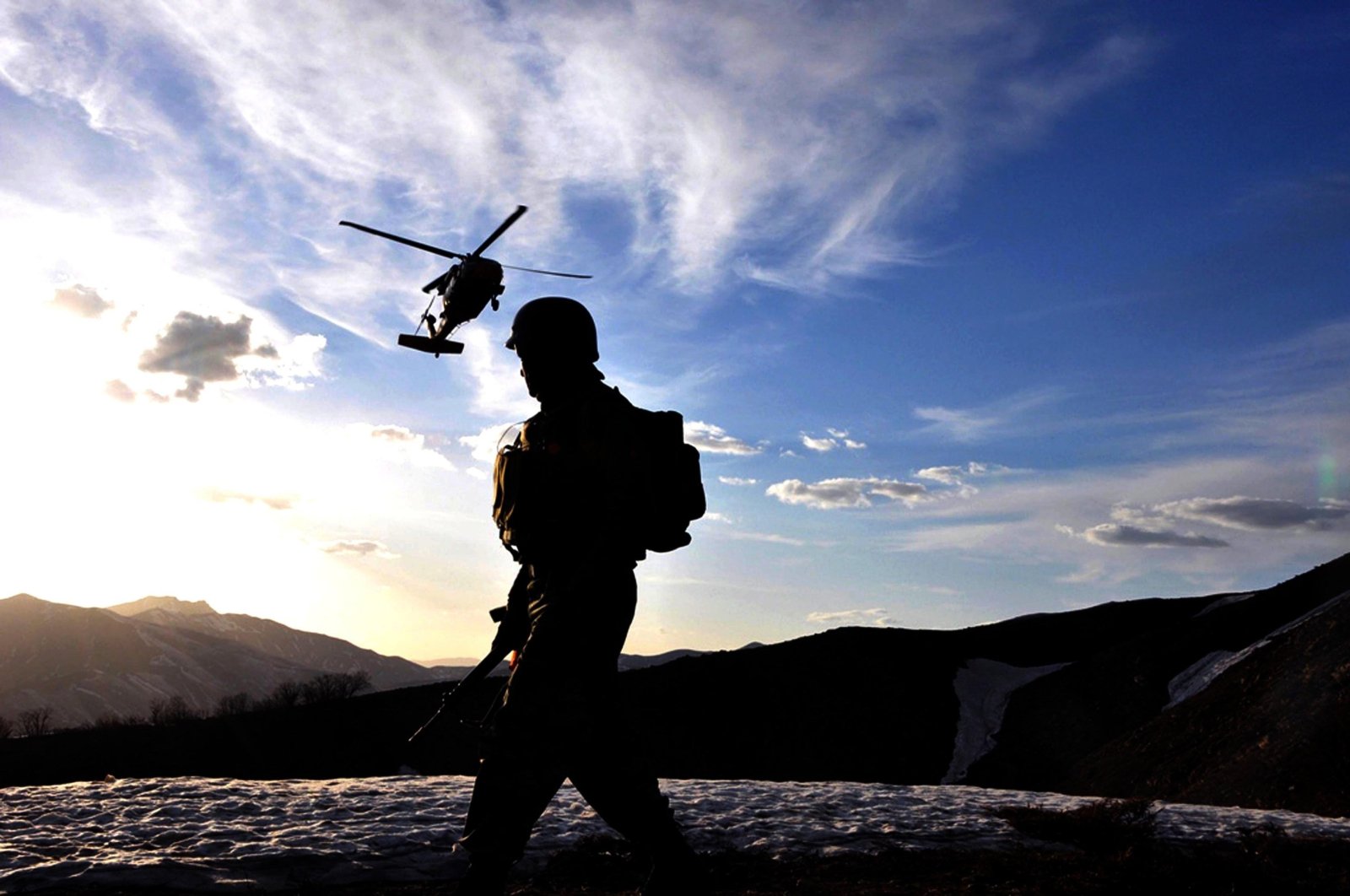 Last week, Turkey dealt a major blow to the corridor that the PKK terrorist group and its extension in Syria, the YPG, have formed throughout northern Syria and Iraq. Turkey's National Intelligence Organization (MIT) and the Turkish Armed Forces killed one of the terrorist ringleaders in northern Iraq during a joint operation on May 8. The ringleader was identified by the interior ministry and Interpol as Sofi Nurettin, code-named Halef El Muhammed, one of the top leaders of the PKK who led all armed activities from Syria to Turkey.

The operation took place just before a U.S. delegation visited the northeastern region occupied by the YPG terrorist group in Syria. The assessment and information that Nurettin had moved from Syria to northern Iraq in early May to meet with U.S. officials had been made public.

Security sources estimate that the results of the operation will be seen soon, given how close the U.S. has kept its engagement with the YPG's top leadership recently.

In addition, in terms of understanding the symbiotic link between the PKK and the YPG, the operation is not only a major blow by Turkey against the group, but it also exposes an ongoing U.S. policy that aims to separate those two structures and thus legitimize the YPG.

But information from the field shows that these U.S. initiatives and support are not enough to convince the terrorist group as another development in the YPG's relationship with Washington recently occurred. YPG supporters attacked U.S. Army vehicles with stones in Al-Malikiyah district in northern Syria this week which is under control of the Russia and regime.

According to news reports, YPG supporters held a demonstration against Turkey's ongoing operations in northern Iraq and chanted slogans in support of the PKK’s imprisoned leader, Abdullah Öcalan. In the video footage released by a pro-YPG website operating from Germany, terrorist supporters stoned armored vehicles of the U.S. Army on the pretext that the U.S. remained unresponsive to Turkey's operations against terrorist targets in northern Iraq.

The U.S. has primarily partnered with the YPG in northeastern Syria in the fight against the Daesh terrorist group. Turkey strongly opposes the YPG’s presence in northern Syria, which has been a major sticking point in strained Turkey-U.S. relations.

Meanwhile, President Recep Tayyip Erdoğan once more made it clear that Turkey's operations against the YPG's senior management staff are continuing and will continue with determination, on Wednesday. "We have killed so many Sofi Nurettins to date, and our operations are still going on and they will continue. Our goal is now Qandil. We also need to destroy Qandil," he said.

Following the president's statement, Defense Minister Hulusi Akar also spoke about Turkey's upcoming, massive operation against Qandil, where the ringleader of the PKK terrorists is believed to be located. "We all see that the lights of Qandil are now gone, darkened, and they see that their end is coming. We expect this to be understood as soon as possible and they will surrender to justice” Akar added.

Local sources added that international, financial, political and technical assistance to the YPG has led to the continued bloodshed of civilians and the suffering of the Syrian people and it must end.

According to security sources, Nurettin was the YPG's so-called top official for Syria and was the commander of all armed actions and activities carried out from Syria against Turkey from 2015 to 2020. He also commanded attacks against the Turkish military during the ongoing Operation Claw-Eagle in Iraq and Operation Olive Branch and Operation Euphrates Shield in Syria and he ordered the massacre of 13 Turkish citizens during an operation Turkey carried out in the Gara region of northern Iraq in February.

In further detail, Turkish intelligence and armed forces launched the operation after it was determined that the terrorist ringleader had crossed from Syria into northern Iraq. It is unknown who provided logistical support to Nurettin or allowed passage from the region bordering northern Iraq and Syria, which is still under the supervision of the U.S. and Russia.

As the YPG is actually responsible for Syria, Nurettin's meeting with PKK leaders in northern Iraq and his taking instructions and orders from them and acting in a coordinated manner with them also contains important data in terms of proving that the YPG is actually the same organization. Security sources also confirmed that Sofi Nurettin was found to be operating in a leadership role in northern Iraq, along with the PKK's mountain staff.

Security and local sources also confirm Turkey killed the YPG leader, which they say has caused great fear within the organization and accelerating the permanent dissolution of the group.

As a result, Turkey's determination to end PKK terrorism continues. The figures are also visible. Over the last four years, the number of PKK terrorists in Turkey has plunged 83%. The dissolution of the PKK has accelerated due to Turkey's counterterrorism operations and strategies both at home and abroad.

In recent years, Turkey also has seen record numbers of PKK terrorists giving themselves up in the face of determined domestic and cross-border counterterrorism operations because once they surrender, they are provided with many opportunities, including the right to education and the freedom to live without fear of oppression. They are not ill-treated, can contact their families freely and are provided with essential judicial assistance.

All of this accelerates the intense break from the organization, especially those who were forcibly taken by the terrorist organization at very young ages. Overall, while Turkey's determination to fight terrorism continues with all its layers and speed, it expects the same determination from its neighbors and allies in the region.