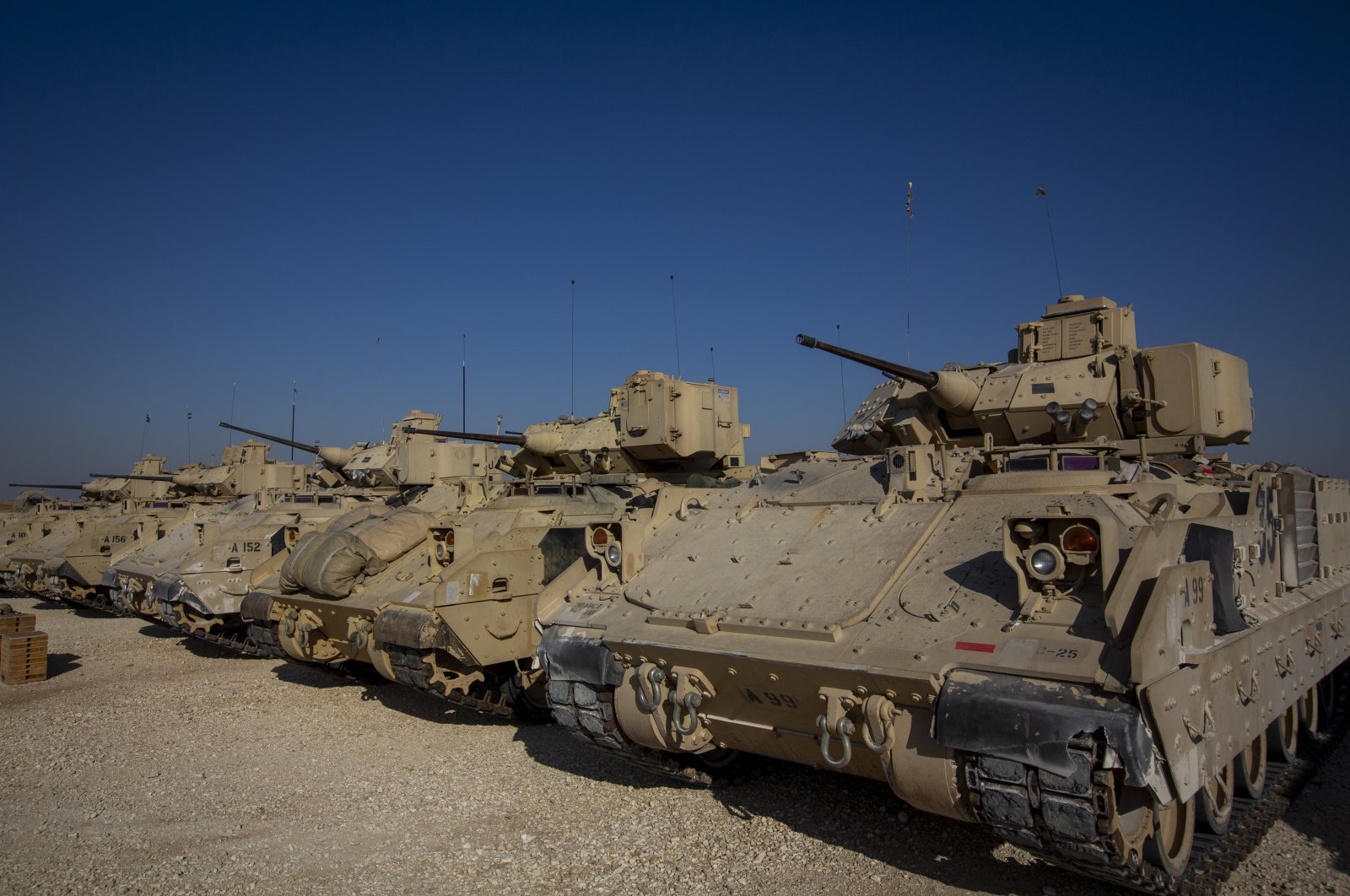 Bradley fighting vehicles are parked at a U.S. military base at an undisclosed location in northeastern Syria, Nov. 11, 2019. (AP File Photo)
by DAILY SABAH WITH AA May 18, 2021 11:03 am
RECOMMENDED

According to video footage released by a pro-YPG/PKK website operating from Germany, terror supporters stoned armored vehicles of the U.S. Army on the pretext that the U.S. remained unresponsive to Turkey's operations against terror targets in northern Iraq.

Terror supporters had previously also stoned some U.S. elements when they withdrew due to the military operations of Turkey. They had accused the U.S. of leaving them vulnerable in the face of a Turkish counterterrorism operation.

The U.S. State Department said in a statement that Hood highlighted Washington’s commitment to cooperation and coordination in the U.S.-led coalition, maintaining stability in northeast Syria and the delivery of stabilization assistance to liberated areas to ensure the enduring defeat of Daesh.

The YPG is the Syrian branch of the PKK, which has been designated a terrorist group in the U.S., EU and Turkey.

The U.S. has primarily partnered with the YPG in northeastern Syria in the fight against the Daesh terrorist group. Turkey strongly opposes the YPG’s presence in northern Syria, which has been a major sticking point in strained Turkey-U.S. relations. The U.S. has provided military training and thousands of truckloads of weaponry to the YPG, despite its NATO ally’s security concerns as the terrorist group poses a direct threat to Turkey’s national security.