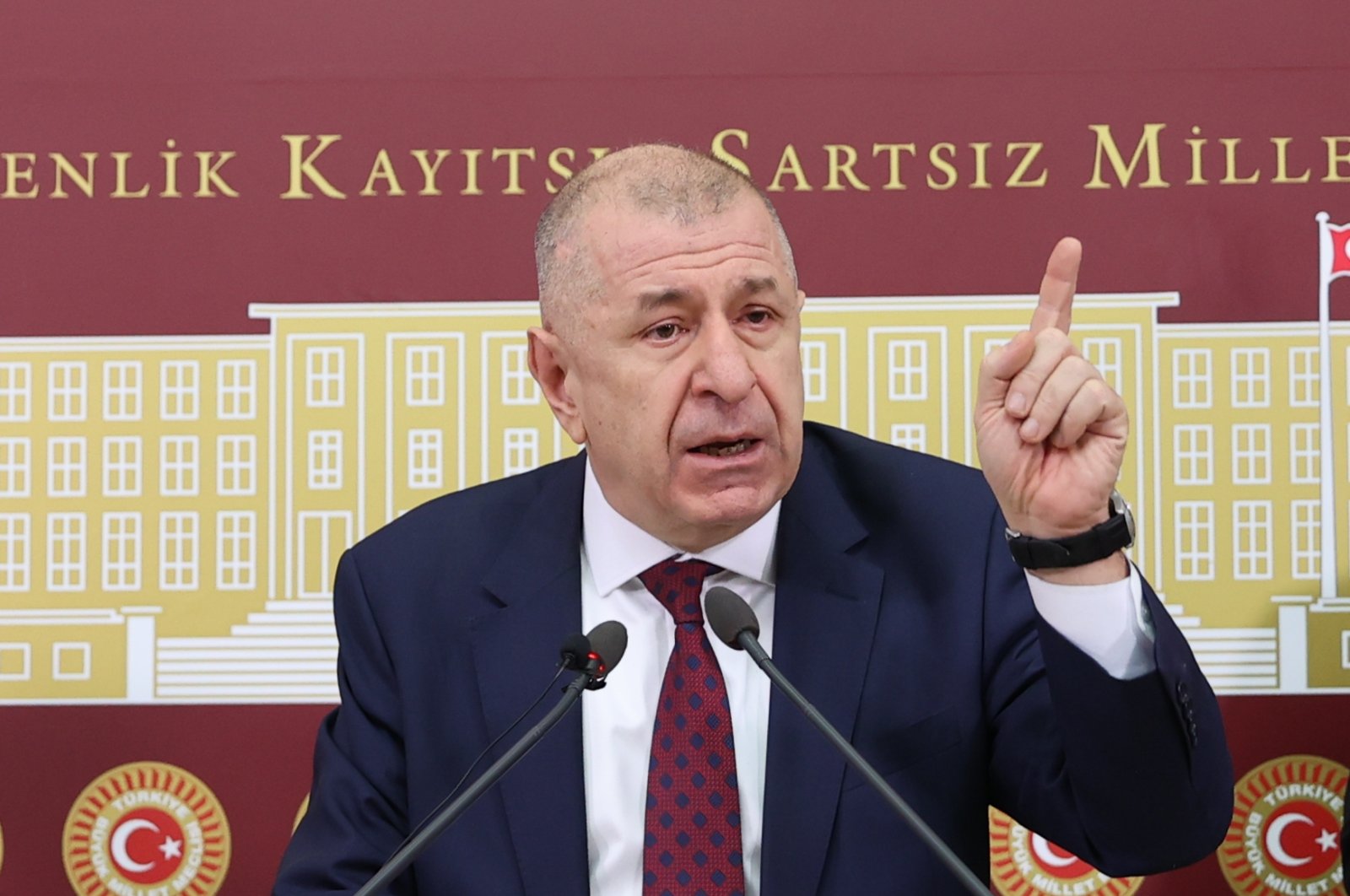 In a video posted on his Twitter account on Monday, Özdağ enters the shop and starts asking the owner about his name, when he arrived in Turkey.

He then asks the man, stumped by the bombardment of personal questions, if he has a license to operate the store.

The owner, who acquired Turkish citizenship, politely responds to all of Özdağ’s questions and shows him his ID card.

“Would you like to return to your home?” he asked the Syrian man, who responded by saying that he does not want to because his business is in Turkey.

In his social media post, the opposition lawmaker noted that the Syrian-born man, who knew very little Turkish, had a gun license. Jewelers are allocated gun licenses in Turkey over security reasons.

“He came to Turkey seven years ago. Knows very little Turkish, obtained citizenship and topped it off with a gun license. He’s opened a jewelry store in Izmir with the license he obtained from Şanlıurfa. There are 900,000 more of these (people). Turkey, are you not aware of the danger?” Özdağ said on Twitter.

Thousands of users quickly reacted against the lawmaker’s video, as they slammed him for fanning the flames for racism and hostility against Syrians in the country.

Özdağ was also criticized for bullying a law-abiding citizen, questioning his ID, business license, and tax registry despite not having the legal right to do so, and for his hostile attitude toward migrants despite having migrant origins himself as his origins go back to Dagestan.

Turkey hosts the world’s largest refugee population, mostly made up of 3.6 million Syrians living under temporary protection. While they were largely welcomed at the start of the conflict, worsening economic conditions in Turkey has seen local sentiment turn against them.

Since the beginning of the Syrian civil war in 2011, Turkey has backed moderate opposition groups against the Assad regime and opened its doors to those who had to flee the country to save their lives. Turkey hosts more Syrian migrants than any other country in the world. The country also leads humanitarian aid efforts for Syrians in Turkey and opposition-controlled areas of northern Syria.

A former deputy from the Nationalist Movement Party (MHP), Özdağ was among the names expelled from the party in 2016 after a heated leadership debate and intra-party opposition against incumbent Chairperson Devlet Bahçeli. Along with other MHP dissidents, he joined the Good Party (IP) led by Meral Akşener in 2017.

However, he was also dismissed from the IP earlier in Nov. 2020 after claiming that the party's Istanbul provincial chairperson, Buğra Kavuncu, has links to the Gülenist Terror Group (FETÖ), which launched the July 15, 2016 coup attempt.

His dismissal was reversed by a court in January, however, Özdağ later resigned from the IP in March and founded the Victory Party in August.