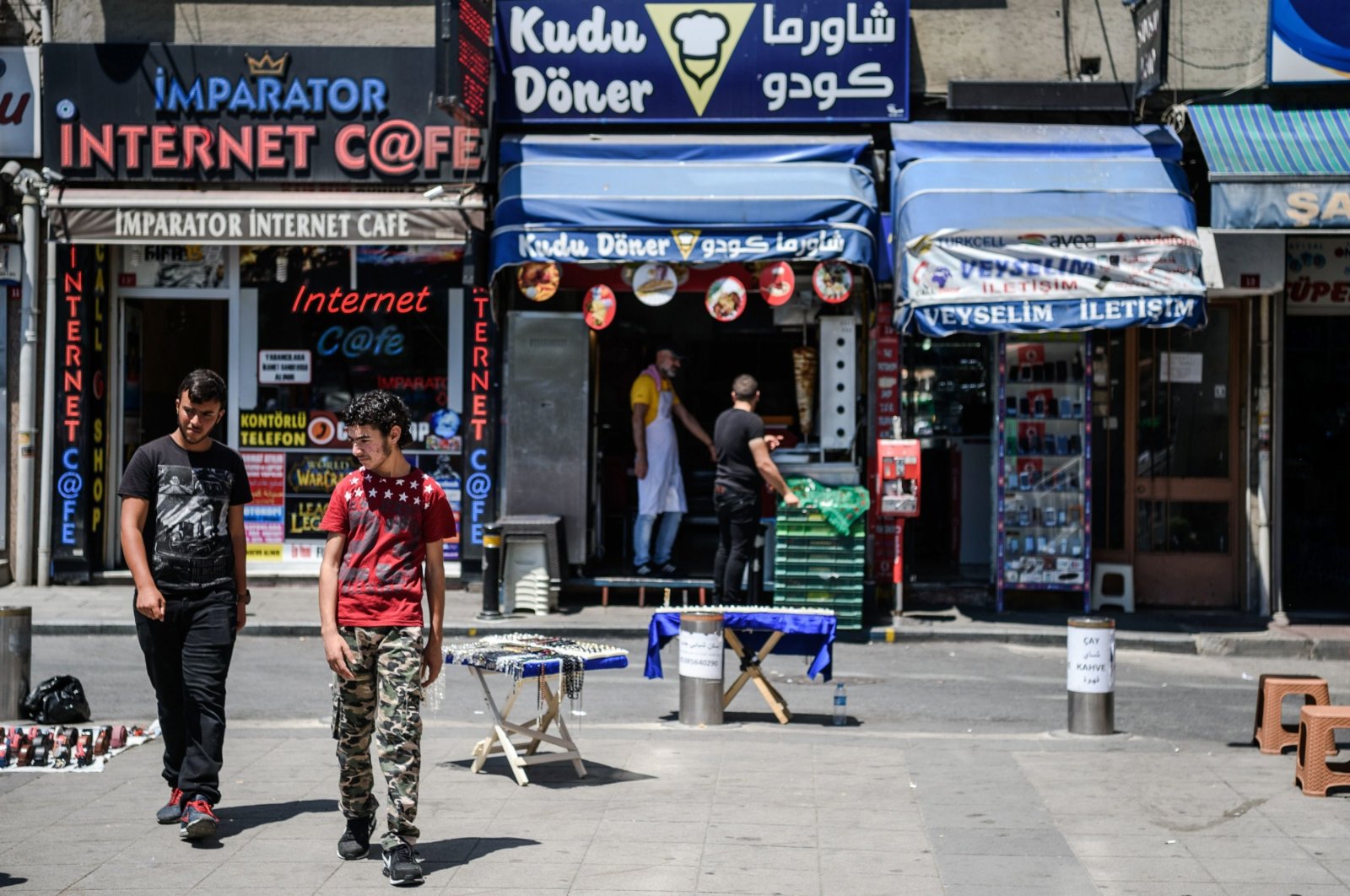 It's been 10 years since the first group of Syrian refugees, consisting of 250 people, entered Turkey, starting their new lives in the new country after fleeing the war and persecution of the Assad regime.

Since then, the number of Syrians living in Turkey has swelled to around 3.8 million, Murat Erdoğan, the director of Migration and Integration Research Center at the Istanbul-based Turkish-German University, told Anadolu Agency (AA).

On Thursday, a virtual meeting focused on Syrians living in Turkey organized by UNESCO will mark the occasion.

During the meeting, Erdoğan will unveil a report on the Turkish media and how Turkish news outlets and social media covered the Syrian refugee influx in the country by focusing on eight cases – starting with the day when the body of 3-year-old Syrian refugee Alan Kurdi washed ashore in 2015, making headlines worldwide and becoming a symbol of the refugee crisis stemming from the war in Syria.

Despite various problems, Erdoğan said: "When we look back on these 10 years, around 3.8 million Syrians, who make up 5% of Turkey's population, live in peace in Turkey."

According to Erdoğan, this was a success for both Syrians and Turkish society "because living together is not easy in today's world."

Noting that integration policies for refugees are not easily implemented, Erdoğan said that Turkey, perhaps for the first time in history, implemented a series of refugee-friendly policies.

Despite Turkey historically being welcoming of migrants, he noted that the country has never witnessed a migration wave of such scale.

Highlighting the difference between refugees and asylum-seekers, Erdoğan explained that when migrating, both the host country and the individual are prepared for the move.

"When you decide to go to Germany or Canada as an immigrant, you submit your application and go. But this is not the case in the situation of being a refugee. And managing this is much more difficult," he added.

It is an "emergency" situation, Erdoğan said. "Everything is difficult," he stressed.

Noting that there are 270 million migrants in the world, Erdoğan said: "While these migrants live in the rich countries of the world and support them, only 15 of 100 refugees can go to developed countries."

"Because no country in the world wants uncontrolled human mobility as they see it as a threat to their own security," he added.

"Turkey did not only accept migrants in the last five years but also received refugees. And the time management of this is both difficult for the state and the society."

Erdoğan explained what Turkey has done in the last 10 years. "In the beginning, when this crisis began, everyone expected that this process would take a very short time and people would return home."

That is why when Syrians first came to Turkey, they initially settled around the borders. Turkey built a total of 26 camps for them, he said.

A total of 250,000 people were settled in camps, he explained, adding that with time, Turkey had to allow people to live outside of the camps.

Now, most of the camps have been evacuated, he said. "Only 58,000 people are currently staying in the camps. The rest are living together with the Turkish society."

The situation in Syria has completely changed since 2013, especially since Daesh stepped down, he added.

The same powers that wanted to take down Syrian regime head Bashar Assad began supporting him following the emergence of Daesh. "And the number of people fleeing their country increased," he added.

"While Turkey could say we can only take up to 100,000 initially, it suddenly witnessed millions of refugees and is currently hosting the most refugees in the world since 2014," he said.

As of 2013, these refugees had integrated with Turkish society, Erdoğan said.

"These people started to share the same places, same streets, same cities with Turkish society. A symbiosis for which we were not prepared had to begin."

"In this sense, I think ... solidarity of Turkish society has been realized at an extraordinary level," he said.

"Although the Turkish community is uncomfortable with the existence of Syrians and wants them to return home, being able to live together is an element that should be praised in itself."

Meanwhile, the Ministry of National Education (MEB) stated on Wednesday that they will focus more on integration policies catering to Syrian refugees by increasing access to vocational training, which facilitates their participation in the labor market.

The ministry statement outlined the projects already being carried out by Turkey in regards to the social and economic integration of Syrian refugees under temporary protection through vocational training. It was reported that how the projects are currently performing and what steps need to be taken were discussed at the meeting chaired by Mahmut Özer, the deputy minister responsible for vocational and technical education.

Potential improvements to the SEUP and IMEP projects aimed at Social and Economic Harmonization through Vocational and Technical Education were evaluated at the meeting as well as further steps to make vocational training centers more accessible to Syrian refugees, thus facilitating their transition to the labor market and strengthening compliance.

In the statement, Özer drew attention to the fact that Turkey hosts the highest number of Syrian refugees in the world.

Emphasizing the significant progress in making education accessible to Syrian school-age children and that many projects have been successfully carried out to increase the schooling rate at all levels, Özer stated that more Syrian students receive an education in Turkey than in many European countries.

Explaining that they have focused on social and economic cohesion through vocational and technical education in the last three years, Özer emphasized that they have carried out international projects in this context.

Özer stated that they have evaluated what these projects have achieved and learned from experience, particularly in the central province of Konya, which has made significant progress in this regard.

"As it is known, in vocational training centers where traditional apprenticeship, journeymanship and mastership training is given, students receive training at school one day a week, while the other days they receive skill training in businesses. Being a secondary school graduate is sufficient to benefit from this, and there is no age limit. Therefore, vocational training centers offer very important opportunities for Syrians outside the educational age population to enter the labor market. Currently, 2% of the 150,000 students in these centers are Syrians. Our goal in 2021 is to increase this rate to 10%," he underlined.

In addition to 33,000 university students, more than half a million Syrian children are enrolled in schools across Turkey, according to UNICEF. At these schools, the children learn the Turkish language as well as other disciplines.

Integrating children into Turkish schools was one of the policies interrupted by the coronavirus, as schools across the country were closed and education continued via distance learning.

Many Syrians live in crowded houses and many may not have the equipment needed for their children to continue education online.

Yet, while children find themselves working instead of going to school, Syrian women tend to remain unemployed. Only 6% of Syrian women are working in the country's labor market. The overall labor force participation rate among Syrians in Turkey is 38%.

Ankara so far has spent around $40 billion (TL 274 billion) on Syrians in Turkey, while the European Union has provided only around 3 billion euros ($3.34 billion) of a promised 6 billion euros – a gap Turkey has long demanded be closed.