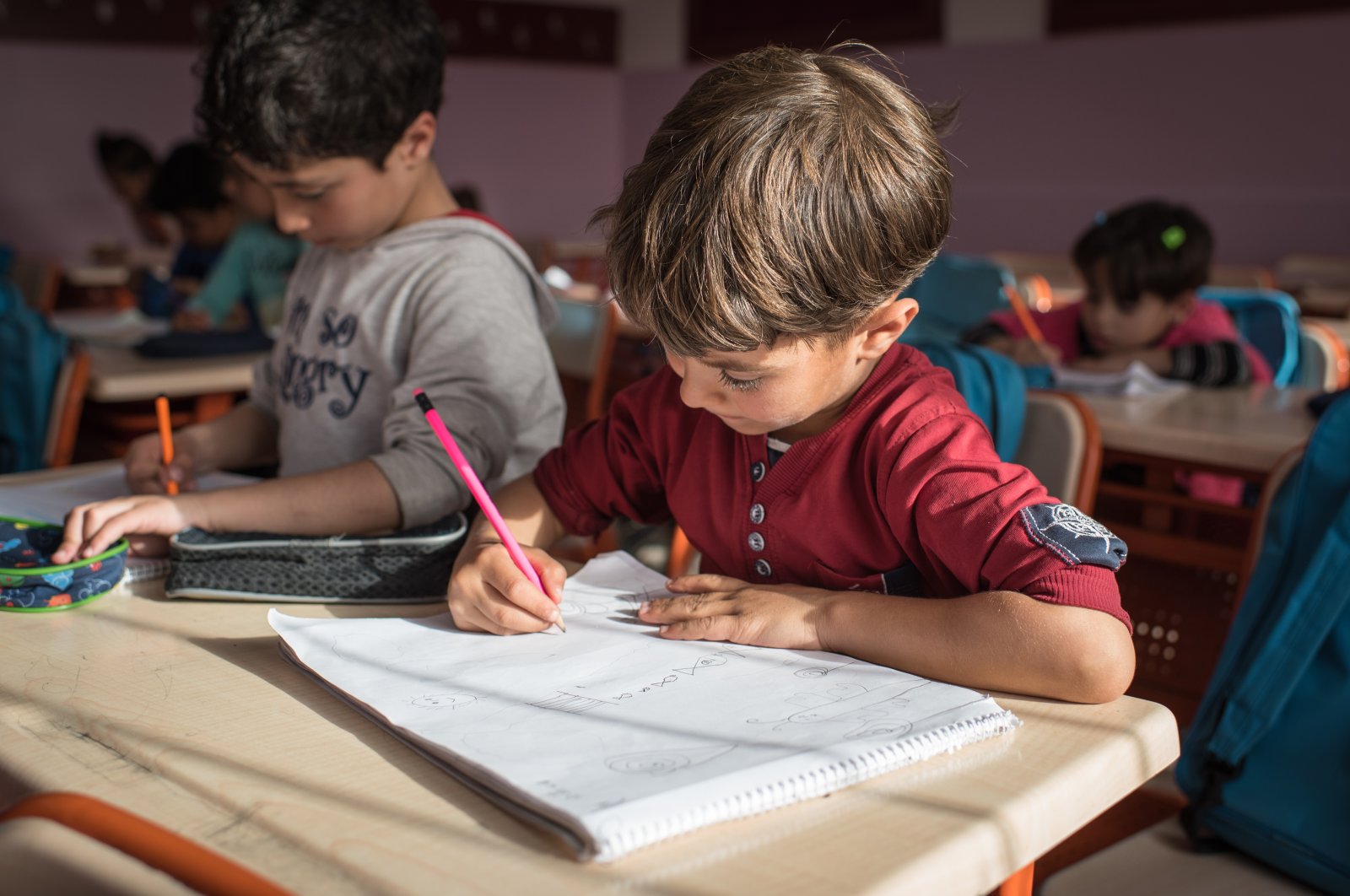 The ongoing coronavirus pandemic has affected education of Syrian children living in Turkey more than their Turkish peers, officials from the European Union and UNICEF stated on Thursday.

During a program on the education programs funded by the EU for Syrian and other refugee children in Turkey, Nangar Soomro, an official from UNICEF, stated that more than 600,000 children from various age groups and backgrounds benefit from the Conditional Cash Transfer for Education (CCTE) Program.

The CCTE, launched in 2013, aims to encourage enrollment and improve school attendance of refugee children in coordination with Turkey’s Education Ministry, Family and Social Services Ministry, the Red Crescent (Kızılay).

Thanks to EU funding, around 20,000 Syrian refugee children and young people also enrolled in accelerated learning programs to help them make up for lost years of schooling.

Though institutions have been stepping up efforts to continue to aid Syrian families and ensure children are not deprived of schooling, “family poverty has increased due to the pandemic,” said Nona Zicherman of the UNICEF pointed out, saying that supportive programs are needed beyond cash aid.

Upon a question asked by Daily Sabah whether the level of school dropouts has increased during the pandemic, officials elaborated that although it is early to put forth the numbers and assess COVID-19’s influence on school attendance, there have been changes in enrollment levels, especially in the category of younger children.

“Schools closed as of March 2020, the most vulnerable face much more difficult conditions,” Soomro underlined.

“We hope that soon this conflict will fade away, but continuing to bring hope, a sense of belonging and building resilient families is important,” Philippe Cori, deputy regional director of Europe and Central Asia of UNICEF, stated and thanked his partners and the Turkish government.

A family that moved to Turkey from Syria’s northern Aleppo province in 2013 and that is currently living Gaziantep province is one of the beneficiaries of the programs carried out by the EU, UNICEF and Turkey.

The family has six children – three girls and three boys. The family's income comes from the Emergency Social Safety Net (ESSN) and from the income generated by the parents' 17 and 19-year-old sons' irregular work in agriculture in Gaziantep’s Nizip district.

The mother, Ayşe, stated that the children receive regular salaries and that she and her family were alright. Thanking the organizations, she stated that she did not consider going back to Syria even if conditions improved.

Fatime, 14, aims to become a doctor while her sister, 10-year-old Hatice, wants to become a teacher. Hatice explained that she likes attending school and is getting on well with her Turkish friends.

Another family, speaking on education during the pandemic, however, voiced increasing difficulties. Saying that she has two children that started first in Syrian schools and were then transferred to Turkish schools, the mother said that lessons are carried out online and that the children have limited means of following them.

“All my children are using my phone to follow lessons,” she stated.