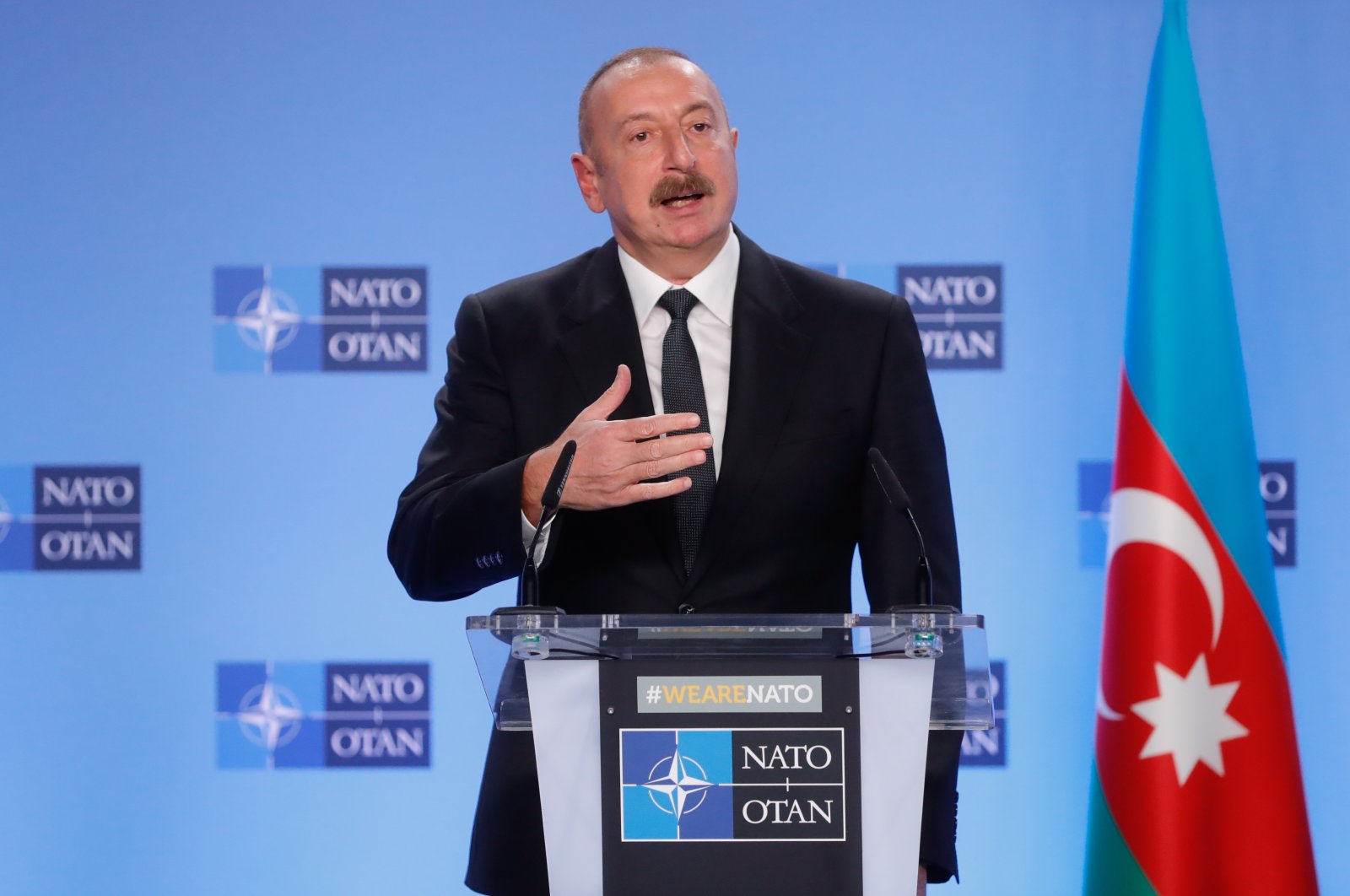 A railway line from the liberated Azerbaijani territories to the Armenian border is expected to be ready toward the end of 2023, President Ilham Aliyev said on Sunday, indicating that Baku already started work.

“We hope that by that time, Armenia will complete their part of the homework,” Aliyev said, speaking about his meeting with Armenian Prime Minister Nikol Pashinian and European Council President Charles Michel last week.

“After the Second Karabakh War, there is an opportunity to open a new corridor everywhere, called the Zangezur Corridor,” Aliyev elaborated, referring to the corridor that will go from Azerbaijan to Armenia and then to Azerbaijan’s Nakhchivan autonomous republic, and from there to Turkey and Europe.

This will be an alternative route for transportation, the president added.

“Plus, we are actively working on the creation of the free zone close to Baku in the Alat district, which will be in operation next year and we hope that this geographic location and already diversified transportation network will help us attract investors who would prefer to work there.”

As stipulated in last November's cease-fire agreement, Azerbaijan and Armenia have been working on reopening regional transit lines.

Azerbaijan has focused on projects in the Zangezur corridor. Zangezur was part of Azerbaijan, but in the 1920s the Soviets gave the region to Armenia. After this move, Azerbaijan lost its link with Nakhchivan and some parts of the railway between the two countries were destroyed.

Meanwhile, in another step toward reconciliation, Azerbaijan handed over 10 more captive soldiers to Armenia upon the initiative of the EU, Baku's State Security Service said on Sunday.

In a statement, the agency said the soldiers were detained while attempting a provocation in the Kalbajar border region on Nov. 16.

Citing a recent trilateral meeting in Brussels on Tuesday initiated by Michel with the participation of Aliyev and Pashinian, the statement further said that the detainees were handed over as "a manifestation of (Azerbaijan's) commitment to the principles of humanism" and "through the mediation of the European Union."

"Warmly welcome Baku's release of 10 Armenian detainees in follow up to discussions with @azpresident and @NikolPashinyan," Michel wrote in a tweet on Sunday.

"An important humanitarian gesture demonstrating the mutual will to strengthen confidence as discussed in Brussels. EU facilitated transfer to Yerevan."

Azerbaijan had already handed over 10 prisoners to Yerevan on Dec. 4 following Russia-mediated talks, in the first concrete sign of a decrease in tensions since last month's fighting, which killed 13 people.

Those were the worst clashes along the shared border since a six-week war last year over Nagorno-Karabakh that claimed more than 6,500 lives.