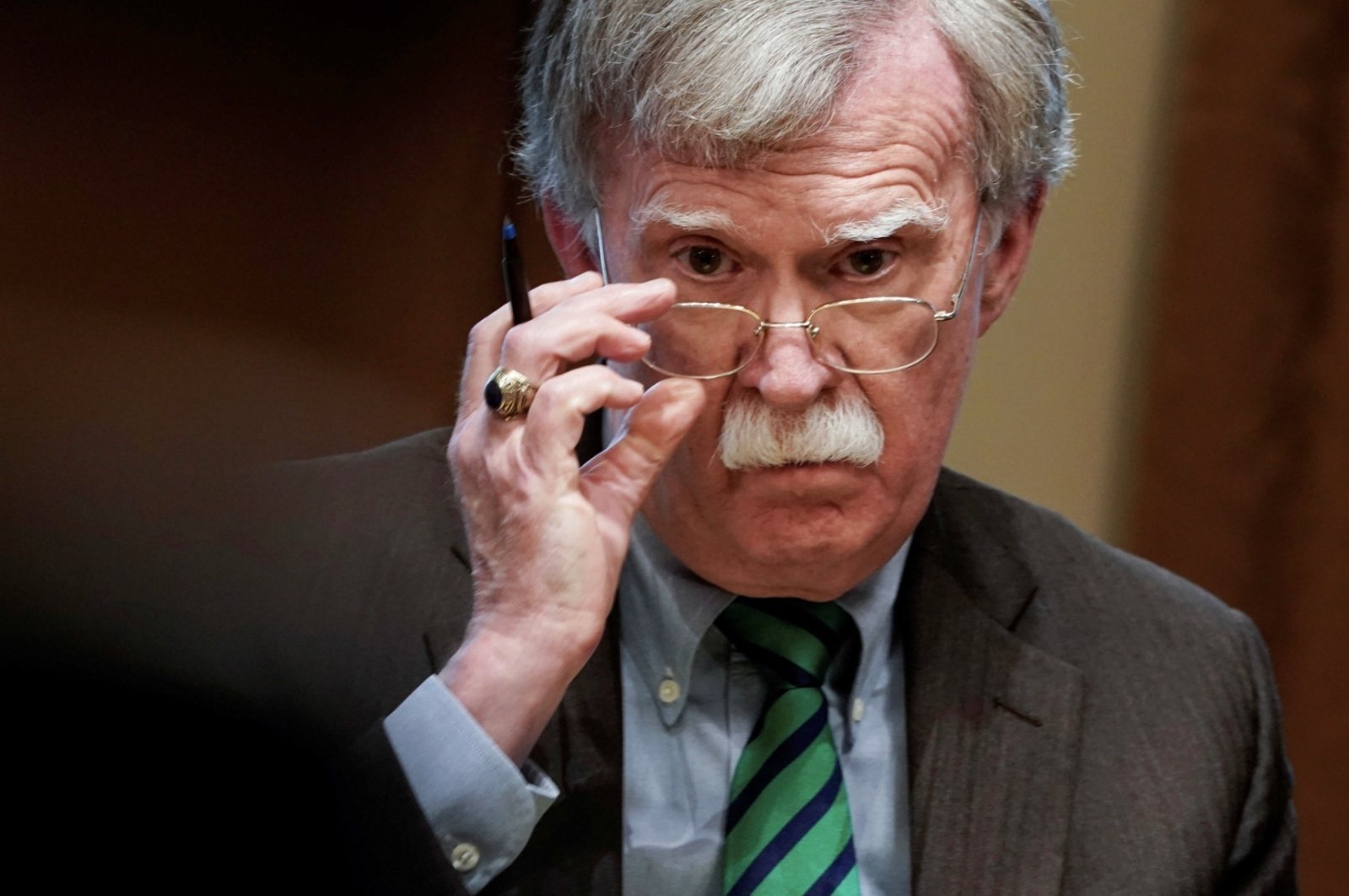 The sanctions on Turkey stemming from the S-400s issue could be waived if President Recep Tayyip Erdoğan is removed from office in the next elections, former United States national security adviser John Bolton said on Thursday, taking a pointed stance against the country.

In an article published on The Hill, Bolton discussed the U.S. considering waiving sanctions against India over its purchase of Russia's S-400 air defense system.

India signed a $5.5 billion (TL 54.63 billion) deal with Russia in 2018 for five of the surface-to-air missile systems to defend itself against longtime adversaries Pakistan and China amid a standoff on their disputed border.

The proposed transfer has caused friction with the U.S., which passed a law in 2017 under which any country engaged with Russia's defense and intelligence sectors could face sanctions.

Turkey was subject to sanctions by the U.S. last year over the same purchase, indicating that double standards are at play.

“It is entirely certain that an Indian waiver will trigger instant demands for like treatment from Turkey and other prospective purchasers, while enabling Rosoboronexport, Russia’s foreign-military-sales agency, to exploit our lack of willpower,” Bolton said.

“Ironically, Turkey might warrant a waiver, with appropriate conditions, if the Turks remove Erdoğan from office in upcoming elections, so resolving the India problem could well be precedential,” he added.

Bolton has not been one to hide his anti-Turkey stance, playing a founding role in a platform called the “Turkish Democracy Project” set up by former U.S. officials.

When it initially launched, the group included two members of the Gülenist Terror Group (FETÖ), who later quit the project.

Aykan Erdemir and Süleyman Özeren have outstanding arrest warrants for their roles in the 2016 failed coup attempt carried out by FETÖ in Turkey.

Among the founders of the platform are administrators of the think tank UANI which was founded by former Mossad heads Meir Dagan and Tamir Pardo.

The platform’s website frequently shares articles by UAE and Israel-supported media organizations with an anti-Turkey stance such as the FETÖ-linked online news sit Ahval, Al-Monitor and The Jerusalem Post. Similarly, texts, comments and reports written to create a negative image of Turkey and Erdoğan are also shared on the platform’s social media accounts.