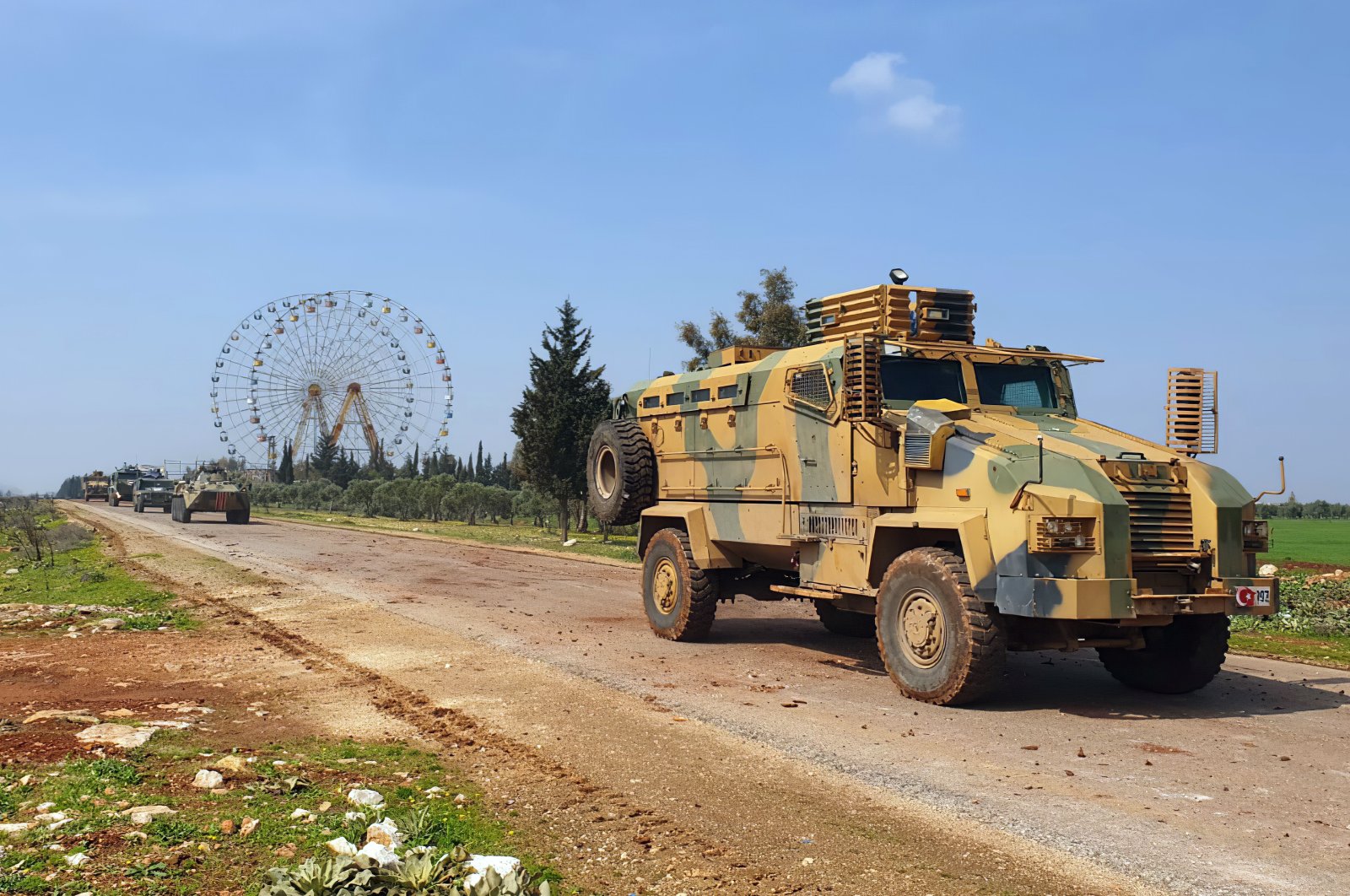 "It's the boundary that divides the territory controlled by the international anti-terrorist coalition, the 'East' zone, and the 'West' zone controlled by Russia's forces. Until now, there were no patrols by Russian servicemen," a spokesperson for Russia's military was quoted as saying.

The spokesperson said there were potential Daesh sleeper cells in the area and that Russia's military was trying to demonstrate its presence.

Russian forces had been replacing U.S. troops as they withdrew from some bases following the launch of Turkey's Operation Peace Spring on Oct. 9, 2019, against the YPG terrorists in northeastern Syria.

Since then, Russia has continuously intensified its military presence east of the Euphrates, including in the areas under YPG control, increasing the number of its military bases and posts.

There are currently 18 Russian military bases and posts in the areas under YPG control east of the Euphrates, namely in Hassakeh, Raqqa, and Manbij and Ain al-Arab (Kobani) in Aleppo.

Military analysts claim that such a rapid increase in Russian presence may destabilize its military balance with the U.S. in the region.

Russia's efforts to form military units in Hassakeh were foiled by the U.S in the past. Russia tried to reach the Rmeilan oil fields, east of Qamishli, but the U.S. soldiers prevented them.

In retaliation, Russia stopped the U.S. soldiers trying to reach Qamishli, forcing them to return to Rmeilan.

While the YPG continues its occupation of the majority of Hassakeh, the Bashar Assad regime controls the Kevkep Mountain at the center of the province. Regime forces also have an airport in Qamishli, a military brigade and a security branch. Some state institutions in the province are also under the control of the Assad regime.