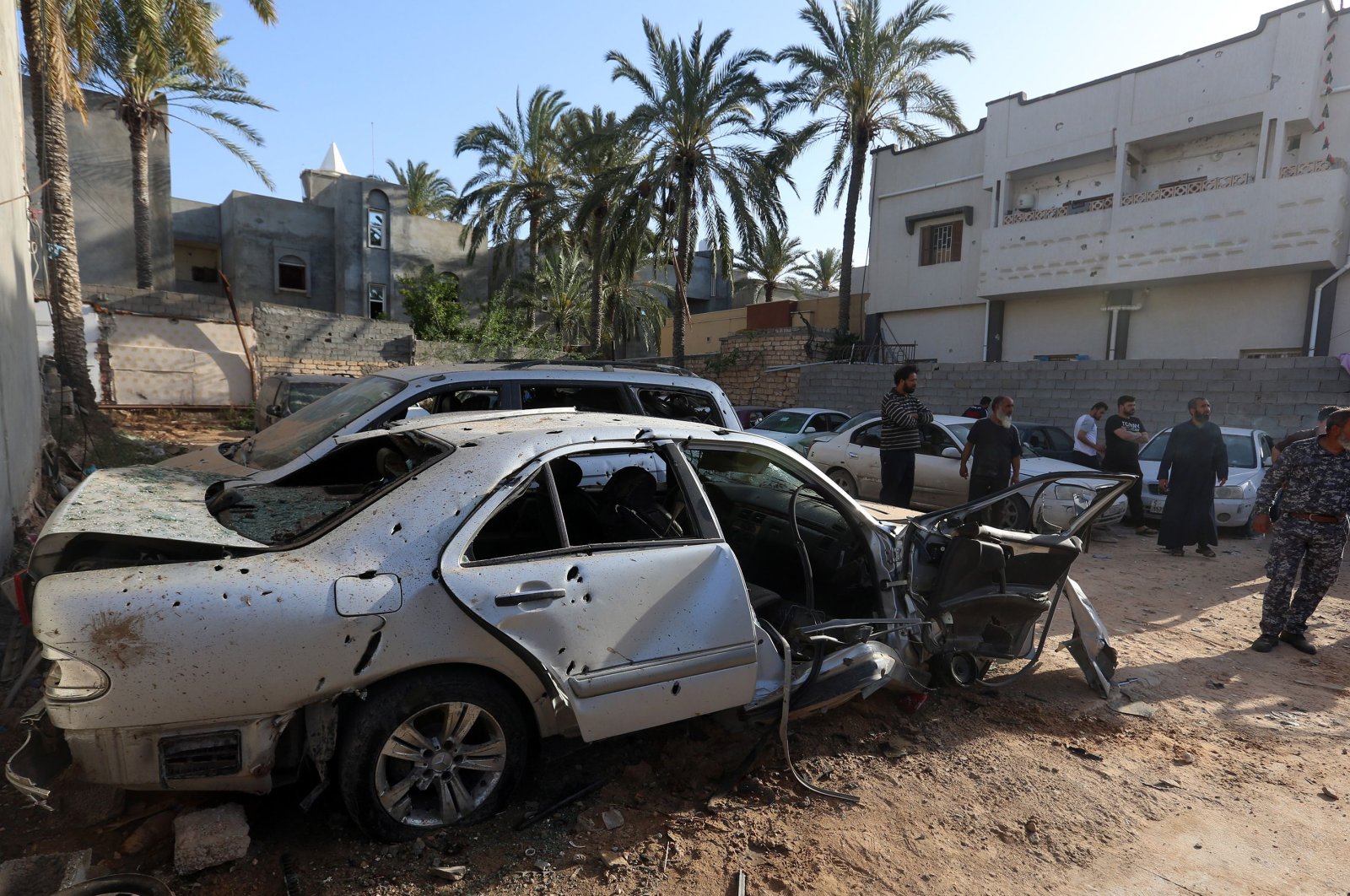 Russian private military contractor Wagner was accused by Libya's interior minister on Wednesday of carrying out a chemical attack in Libya.

"We are in strong cooperation with Turkey, U.S. and the U.K. to ensure security in Libya," Bashagha said.

The minister added that Tunisia and Algeria are also giving support to the country on issues of security.

Russia's Wagner Group is one of the most controversial among mercenary groups. It is owned by Yevgeny Prigozhin, a businessman with close links to Russian President Vladimir Putin.

According to reporting by Bloomberg, the Wagner Group brought over 1,000 militias to Libya, including Russian pilots who carried out training activities for Haftar troops. Bloomberg also said Russian Sukhoi-22 type warplanes were seen in Libyan skies.

Putin, asked about Russia's involvement in the Libyan conflict, replied that no Russian servicemen were in Libya acting on behalf of the Russian state or receiving payment from Russia.

Since the ouster of late dictator Moammar Gadhafi in 2011, two seats of power have emerged in Libya: Haftar in eastern Libya, supported by Egypt and the UAE, and the GNA in Tripoli, which enjoys U.N. and international recognition.

Previously, Wagner was accused of trying to bring back Gadhafi's son Saif al-Islam into power. According to an article penned by Samer al-Atrush for Bloomberg, two Russian agents working for the Wagner Group were caught last year by the GNA.

The documents stored in the hard disks of the captured Russian agents revealed that the agents met three times with al-Islam, who was wanted by the International Criminal Court (ICC).

In the meetings, al-Islam claimed that 80% of the fighters loyal to Haftar are his supporters and if they capture the capital, those fighters would support al-Islam, according to the notes of Russian agents.

Haftar calls the group he leads the "Libyan National Army" and wants it to be treated as an official army. In fact, however, Haftar's armed forces work like a dealership and try to gather all militias under one roof.

A large number of militias from Libyan tribes in the east and west have merged with their ranks. Others who have joined the putschist commander include members from the public committees established by former ruler Gadhafi, the extremist Madkhali Salafists, Janjaweed militias of Sudan, who have a very controversial history, the rebels in Chad, Russian mercenaries and military officers from Egypt, the UAE and France.

It is claimed that the force comprises 25,000 to 30,000 militias, including 7,000 trained military personnel. The Brigade 106, the largest and best-armed among them, is led by Saddam Haftar, the putschist commander's son.

Turkey and Russia called for a cease-fire in Libya starting from Jan. 12, following a meeting between the two countries' leaders in Istanbul.

Libya's High Council of State and the GNA welcomed Turkey and Russia's call to reach a cease-fire in the country. Haftar forces, however, refused to comply with the agreement and continued their attacks in the war-torn country.

Meanwhile, the Wagner group was also accused by a Moscow-based daily on Wednesday of war crimes in Syria.

According to the newspaper, Hammadi was captured in June 2017 during a battle with the Daesh terrorist group for the al-Shaer gas field in central Syria. He was allegedly tortured and decapitated and his body burnt with his head hung on the fence of a nearby gas processing plant.

After reporters in Novaya Gazeta identified one of the murderers, Stanislav Dychko, the newspaper submitted its relevant materials as evidence to Russian investigators and the country's attorney general, asking for the incident to be verified and for its alleged perpetrators to be punished. Authorities have yet to respond.

The daily's editorial board claimed that it provided all necessary facts to open a criminal investigation, including the time and place of the incident, at least one participant in the crime and quality footage and photographs that allowed the other accomplices to be identified.

The board also invoked the Russian Criminal Code, which, besides imposing life imprisonment for premeditated murder, also sentences convicts to up to 20 years for ill treatment of combatant or civilian prisoners during war.

Novaya Gazeta published documents showing that the al-Shaer gas field was captured by Russian firm EuroPolice, a company associated with Wagner, and the firm's close ties to Russian authorities.