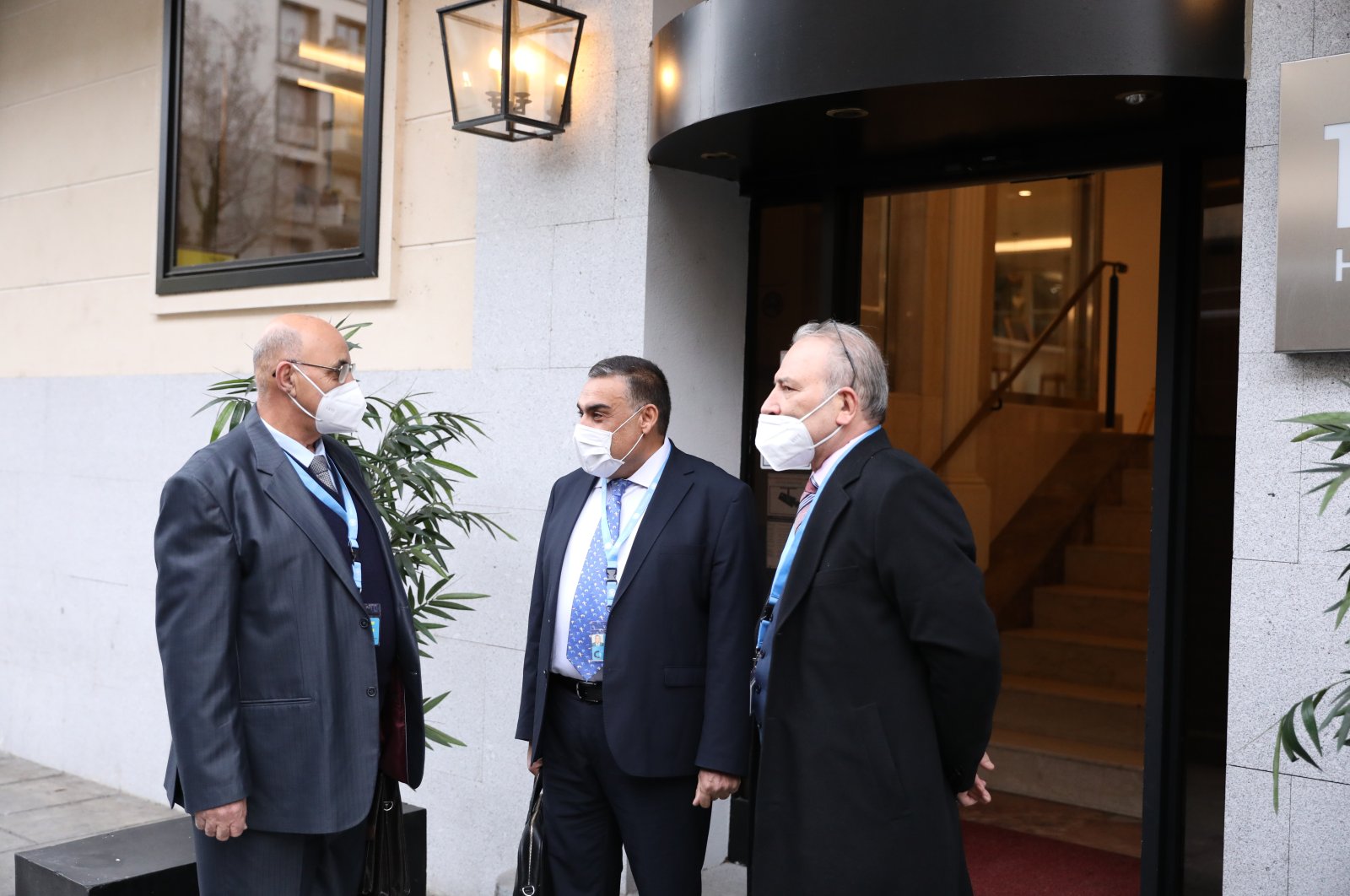 Despite the forward-looking approach of the Syrian opposition to put the war-weary country on track to a political process, the Syrian regime still displays a non-constructive stance during the fifth constitutional committee meeting

The writing of the 10 main principles of the Syrian constitution was completed and presented to the Syrian Constitutional Committee in Geneva, Tariq Al Kordy, an opposition member of the committee, said Thursday.

Kordy, a lawyer from western Syria’s Homs, told Anadolu Agency (AA) that the Syrian opposition surprised the delegation of the Bashar Assad regime by presenting the completed 10 main principles of the draft constitution.

Noting that the main agenda of the fifth round of the Syrian constitutional committee was to prepare the main principles, Kordy stated: “Our delegation came prepared to determine the main political principles of the constitution.”

Kordy pointed out that although the delegation did not present the entire draft constitution, the draft was ready.

Geir Pedersen, the United Nations' Syria envoy, is facilitating the five-day talks of the 45-member Syrian Constitutional Committee aimed at a final peaceful solution after a decade of war. The talks will end Friday.

Jenifer Fenton, Pedersen's spokesperson, told journalists at a U.N. press briefing in Geneva that the meetings' agenda is "the basic principles of the constitution" in line with the terms of reference set down.

The latest meeting in Geneva includes members of what is known as the "Small Group," responsible for drafting the constitution – consisting of 15 people each from the Assad regime, nongovernmental organizations (NGOs) and representatives of the Syrian opposition.

Speaking on the nonconstructive attitude of the Assad regime after the opposition presented the principles, Kordy said: “We demanded the other side to negotiate these principles. Unfortunately, not all members of the constitutional committee have this motivation. There are still some members that refrain from the work this commission has to conduct technically by sticking to disputes and oppositions.”

The lawyer, within this scope, called on the international community to pressure the regime to engage in a much more constructive stance.

“We expect the U.N., countries that are closely connected to the Syrian people and countries that support the regime such as Russia to take responsibility and fulfill their duties,” he said.

Russia intervened directly in Syria in late 2015, allegedly at an official request by the Syrian regime. Moscow has established a major presence in Syria, where its air force and military bases across the country have allowed Assad in recent years to defeat opposition groups that rose up against his authoritarian rule.

The U.S. and several Western allies have accused Assad of deliberately delaying the drafting of a new constitution to waste time until presidential elections this year and avoid U.N.-supervised voting as called for by the U.N. Security Council.

Kordy said the Syrian opposition has always engaged in a constructive stance during the committee’s meetings, adding: “Despite all these, unfortunately we cannot find an interlocutor with whom we can find common ground. We still face people that believe in a military solution.”

He pointed out that the regime has to show goodwill and fulfill its national duties.

Hadi al-Bahra the former head of the Syrian National Coalition for Opposition and Revolutionary Forces (SMDK) and opposition co-chair, warned Tuesday that the Syrian opposition aims for concrete results and that otherwise the process could falter.

Al-Bahra had warned that the parties involved should not put obstacles in the progress of the talks. "The most important feature of this round is to show the international public the attitude of all parties to the constitutional process," he said.