5th round of Syrian constitutional talks to start in Geneva 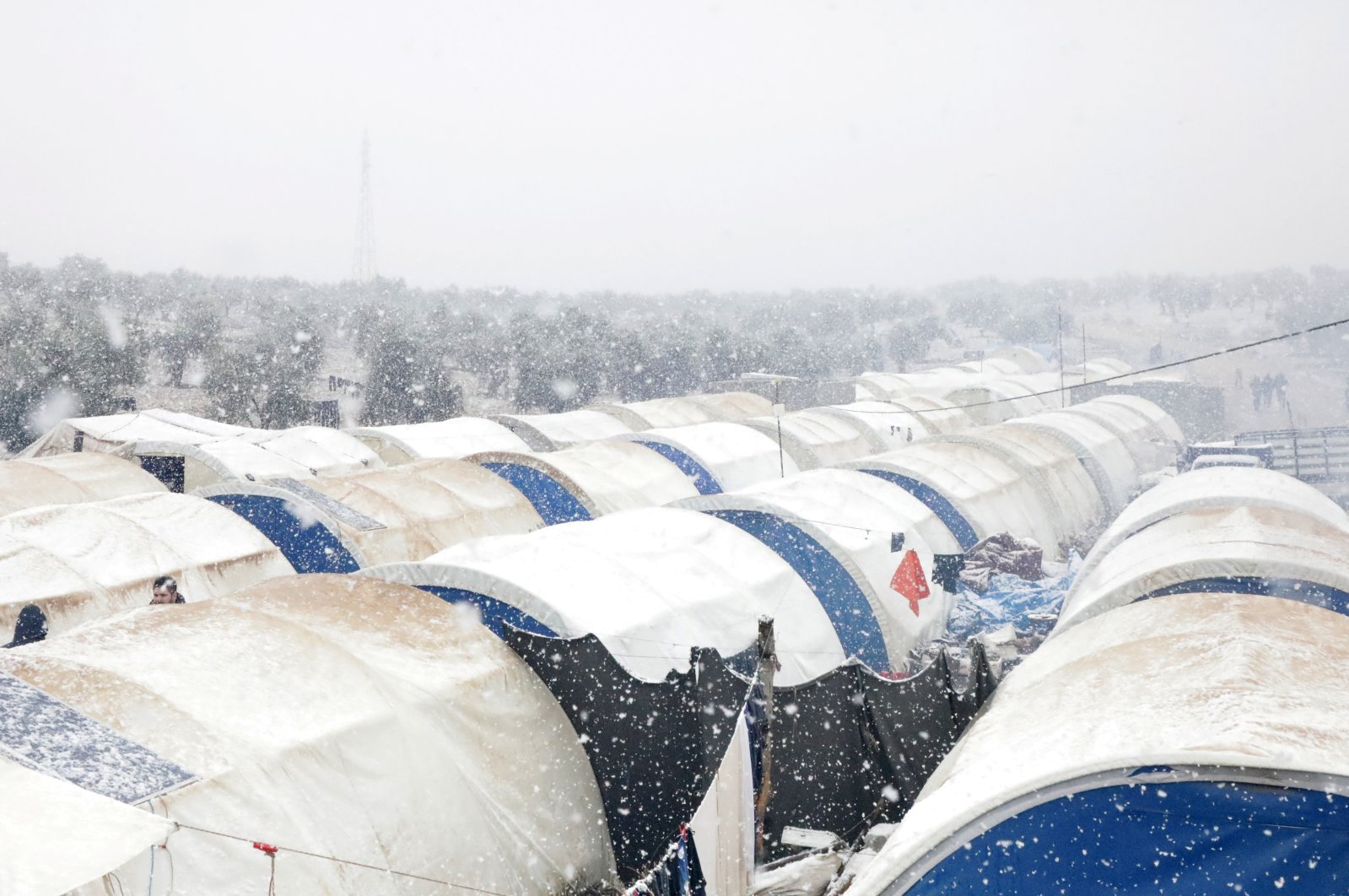 Tents partially covered with snow at a Syrian camp for the internally displaced in the northern Aleppo countryside, Syria, Jan. 20, 2021. (REUTERS Photo)
by DAILY SABAH Jan 25, 2021 11:42 am

Although four previous meetings did not bring agreement between the warring sides, Syria's opposition and the regime are hopeful that their renewed efforts will achieve permanent peace and stability

The fifth round of Syrian constitutional committee talks started on Monday in Geneva – in a fresh attempt to end the almost decadelong conflict and find a path to peace under U.N. mediation.

Negotiators of the Bashar Assad regime as well as opposition leaders attended a session of talks to prepare a draft constitution.

The U.N.-brokered Syrian talks on a new constitution need a clear timeline and should be finished within several months, leading opposition representative Hadi al-Bahra told Deutsche Presse-Agentur (dpa) on Sunday.

Al-Bahra, the opposition's top negotiator, pointed out that the U.N. Security Council (UNSC) not only expressed its support for this political process in 2015 but also made clear that the constitutional reform must follow a defined schedule.

"Putting an end to the human tragedy in Syria is our duty," al-Bahra said in a written message. He demanded results "in the shortest possible time, which cannot exceed several months under any circumstances."

Al-Bahra said the talks need to be intensified. Sessions should last three weeks, with only short one-week intervals in between, he said.

Last week, U.N. envoy Geir Pedersen had called on both sides to finally engage in constructive dialogue. Pedersen on Wednesday told the U.N. Security Council (UNSC) he views the meeting, bringing together delegations from the Syrian regime, its opposition and civil society, as very important. He added that many topics have been discussed over the course of more than a year, and the Constitutional Committee must ensure that the "meetings are better organized and more focused."

“I believe that we need to ensure that the committee begins to move from 'preparing' a constitutional reform to 'drafting' one, as it is mandated to do,” he said.

Pedersen said the committee can start thinking about specific constitutional issues and draft provisions accordingly, adding that future meetings on specific topics should be scheduled and that "there needs to be more urgency in the process."

“I believe that these are reasonable goals, but I cannot assure the council that they will be met this time,” he said, appealing to the committee to be prepared to move onto the next phase of work in the upcoming session from Jan. 25-29.

The talks in Geneva are expected to last until Friday, with setting the basic principles of the constitution being the focus of the agenda.

“We are more hopeful regarding these discussions,” Turkey's Foreign Minister Mevlüt Çavuşoğlu also said on the issue speaking to reporters in Brussels last week. “For the first time, the constitutional committee will discuss the content of the Syrian constitution.”

The United States and several Western allies have accused Assad of deliberately delaying the drafting of a new constitution to waste time until presidential elections this year and avoid U.N.-supervised voting as called for by the UNSC.

"The political process so far is not delivering real changes in Syrian's lives nor a real vision for the future," Pedersen said.

The situation is dire for the more than 6 million people who are displaced within Syria, especially in camps such as al-Hol in northeastern Syria as well as the many refugee camps in northwestern Idlib province, the last opposition bastion.

In March 2020, a fragile truce was brokered between Moscow and Ankara in response to the months of fighting by the Russia-backed regime that launched military offensives in Idlib, displacing almost 1 million people from their homes. Most of the refugees sought shelter at camps close to the Turkish border, while others went to areas under the control of the Syrian opposition.

Turkey has both supported the Syrian people on the ground by protecting them from the regime's offensive in Idlib and creating a terror-free safe zone in the country's north through several cross-border operations and engaged in diplomatic efforts to find a lasting solution to the conflict. Within this scope, Ankara has been part of a trilateral mechanism, the Astana process, that was launched in 2017 with the aim of bringing together the warring parties to one table, along with Iran and Russia. Turkey has also coordinated efforts with the European Union and the U.S.

Last month, Turkey’s Presidential Spokesperson Ibrahim Kalın underlined that the international community has to support Turkey’s efforts in preserving the fragile cease-fire in Idlib. In a meeting with the new U.S. special envoy to Syria, Joel Rayburn, and his delegation in Turkey, both sides agreed that the work of the constitutional committee must be supported and an atmosphere for free and just elections be created for permanent peace in the war-torn country despite the regime’s initiatives to slow down the political process.