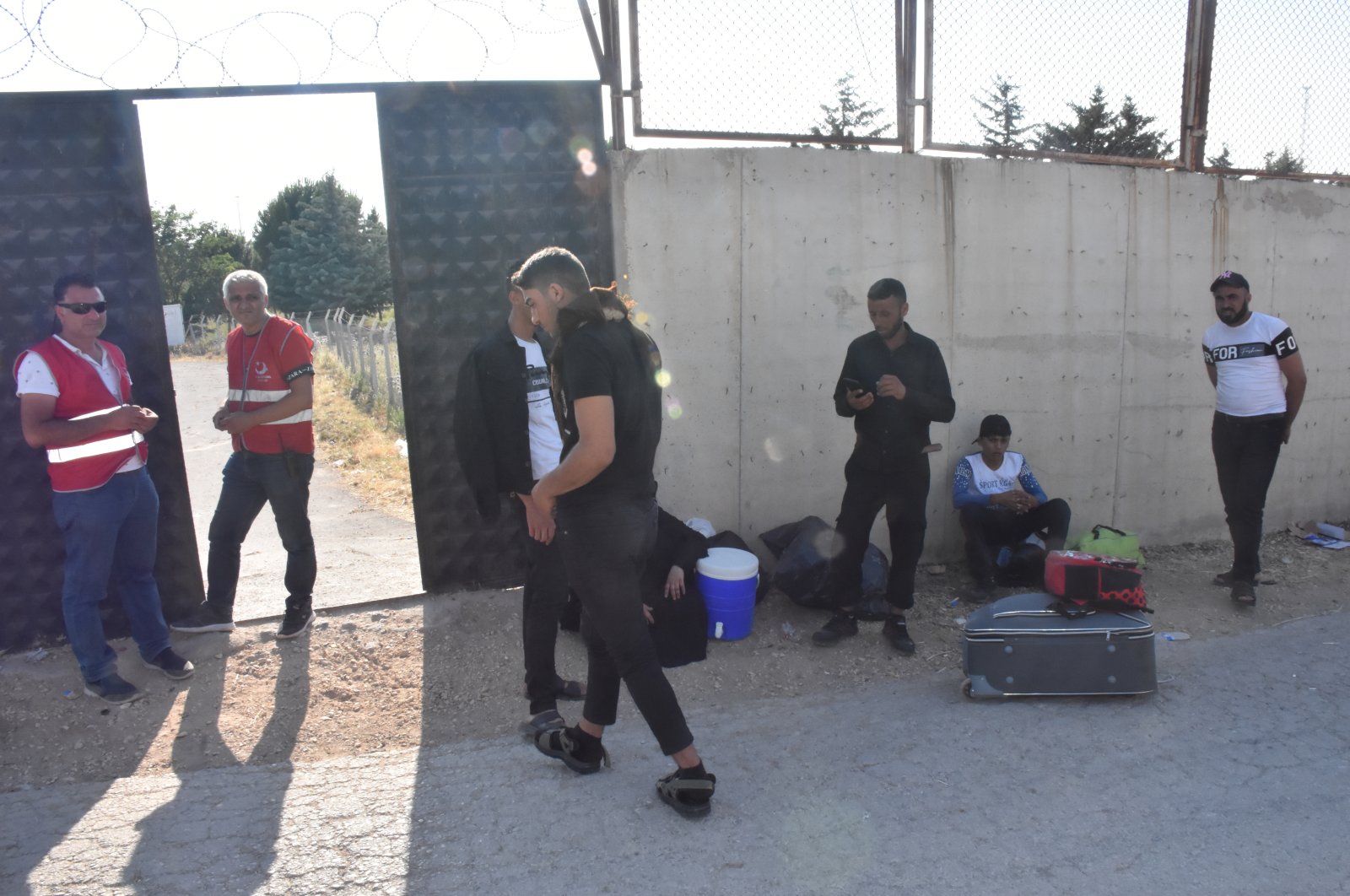 With less than two weeks remaining until the Muslim holy festival of Qurban Bayram, also known as Eid al-Adha, hundreds of Syrians are returning to their home country to celebrate it with their relatives after the Turkish military liberated terrorist hotbeds near the border.

With the local governor's permission, Syrians began to cross the border to be reunited with their relatives living in Syria's northern areas, including Azaz, Mare, Soran, Aktarin, al-Rai, Afrin, Jarablus and al-Bab, which were made safe with Operations Euphrates Shield and Olive Branch.

The number of Syrians crossing to see their relatives ahead of Eid al-Adha via the Öncüpınar Border Gate in Turkey's southeastern province of Kilis has reached 203 in the last two days. Speaking to Anadolu Agency (AA), Muhammed Misto said he is able to cross into northern Syria with special permission received from Turkey.

"I've missed my relatives very much," he added while congratulating everyone's upcoming holidays.

The crossings, which started July 5, will last until June 18. Returns back to Turkey will be made between July 26-31.

Syria has been ravaged by a civil war since early 2011 when the regime of Bashar Assad cracked down on pro-democracy protesters.

Since 2016, Turkey has launched a trio of successful anti-terror operations across its border in northern Syria to prevent the formation of a terror corridor and enable the peaceful settlement of residents – Euphrates Shield (2016), Olive Branch (2018) and Peace Spring (2019).

Turkey now hosts nearly 4 million Syrian migrants who had to flee their country.

Over the past decade, around half a million people have been killed and more than 12 million were forced to flee their homes.