Syrians living in Turkey go to Syria for bittersweet holidays 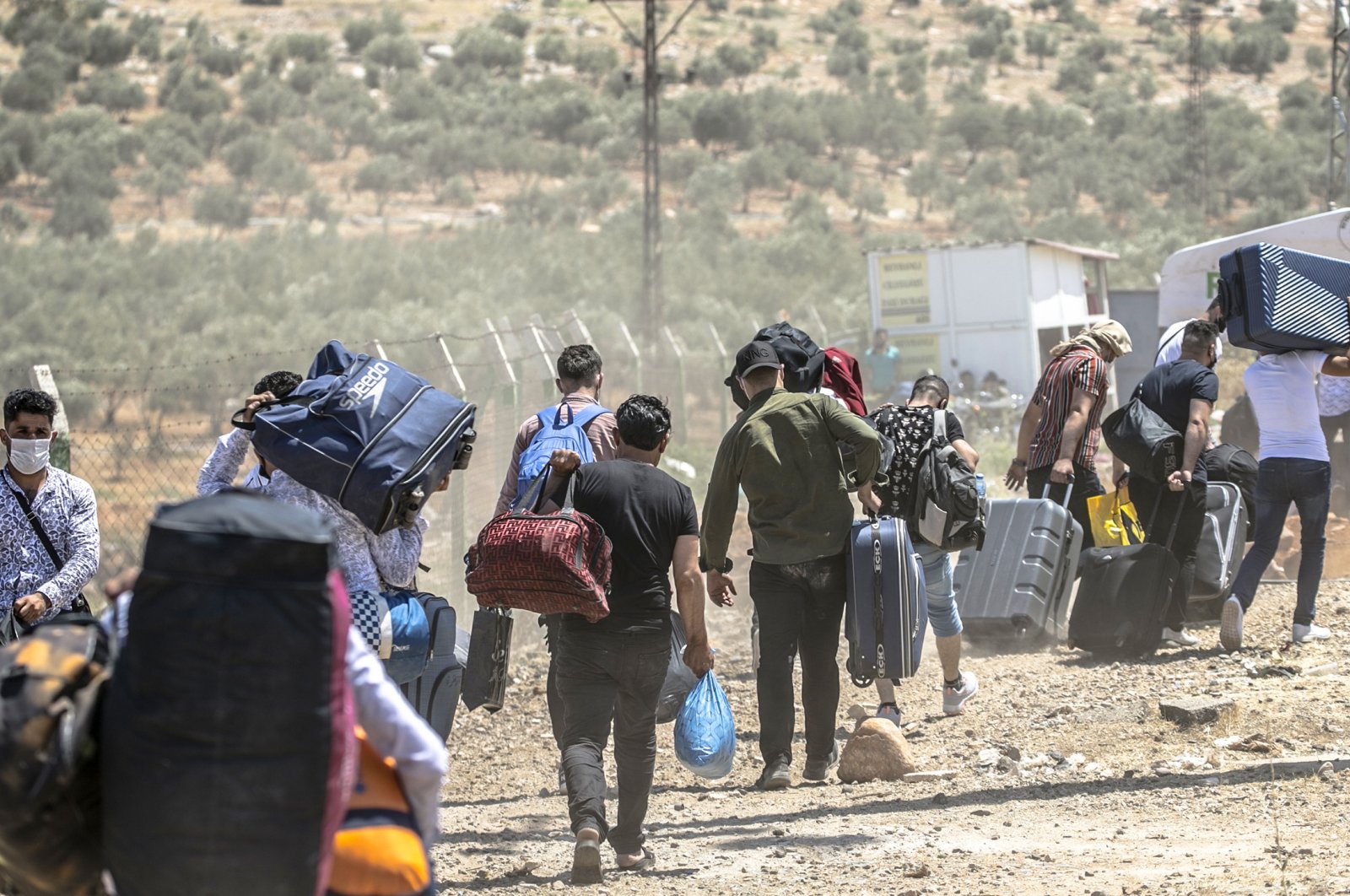 Refugees in Turkey returning to Syria for the upcoming Qurban Bayram, also known as Eid al-Adha, are happy to spend it with their families and relatives but worry about the ongoing war and violence.

Syrians in Turkey continue to pass through the border gates of Cilvegözü in Hatay's Reyhanlı district and Öncüpınar in Kilis province. Those who can enter Syria until July 18, are allowed to return to Turkey by Dec. 31.

Separated for six years, Mohammed Ammadi, 18, from Idlib told Anadolu Agency (AA) that he had to be separated from his parents because of the war. He said he came to Turkey six years ago with a relative who was injured due to an Assad regime airstrike and went to Istanbul with his relative but has never been able to go back to his country.

"I am very happy to celebrate (Eid) with my parents, whom I have not seen for six years, who stayed in Idlib. I have been waiting for two years to return to Idlib," he said. "I thank Allah I will finally see them."

Necim Suman, 26, said that he will be reunited with his family in Idlib after three years.

"I thank Allah I was treated. I could not reunite with my family for two years due to the pandemic. I am very happy to meet them this holiday. I thank those who contributed to the opening of the border," he said and added that he came to Turkey because of his illness.

Ahmet Osman, 21, said he lost relatives in air attacks seven years ago in Syria and was separated from his mother for four years. "I hope this war ends and there will be peace in our country," he said.

Turkey now hosts nearly 4 million Syrian migrants who had to flee their country.