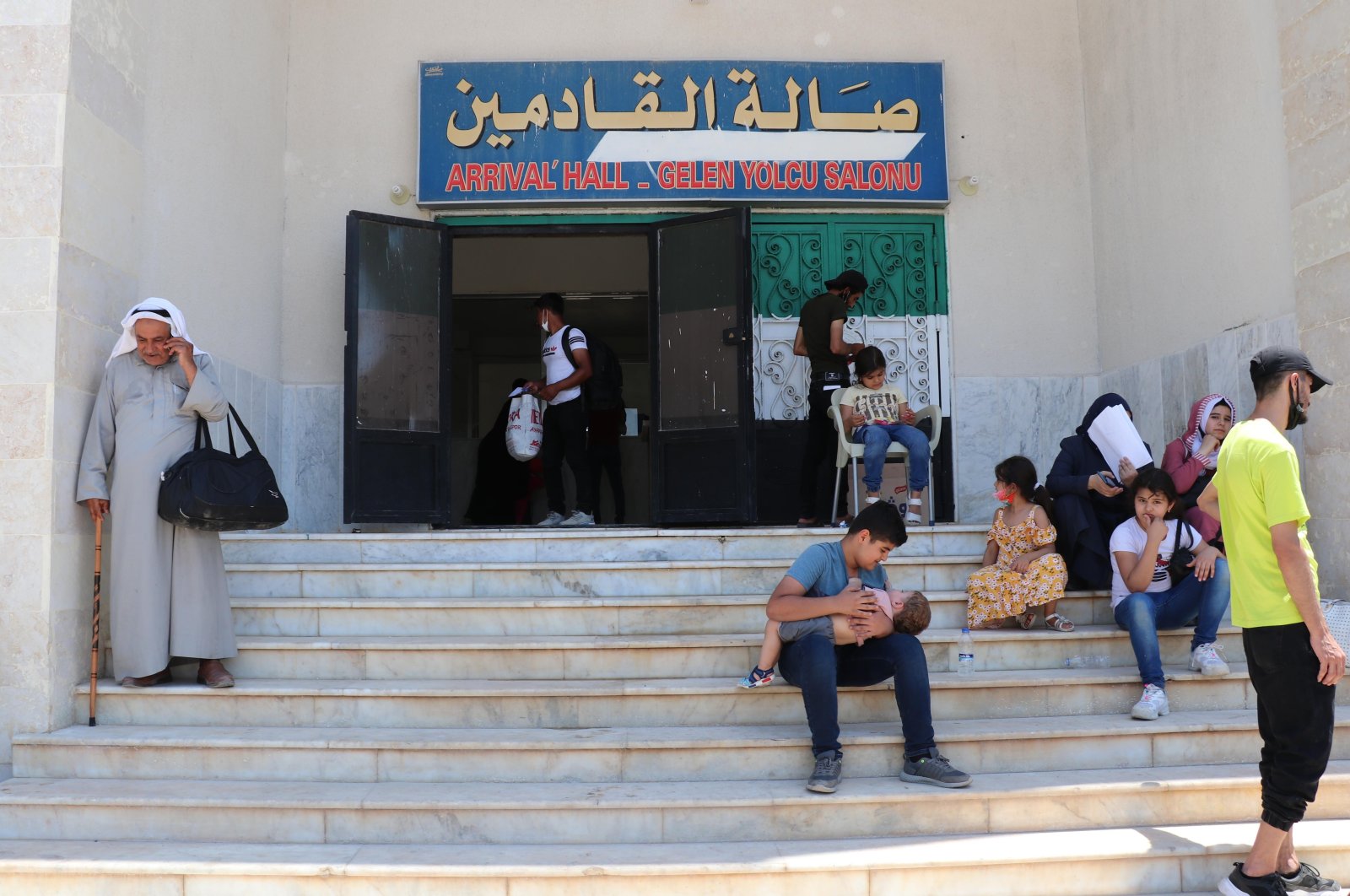 Syrians in Turkey have started to return to their homes in northern Syria for the upcoming holidays, Şanlıurfa, Turkey, July 7, 2021 (AA Photo)
by DAILY SABAH WITH AA Jul 09, 2021 12:38 pm
RECOMMENDED

Syrians living in Turkey are heading home for the Muslim holiday Qurban Bayram, also known as Eid al-Adha, in northern Tal Abyad and Ras al-Ain for the first time in eight years.

The cities were liberated from the PKK terrorist organization’s Syrian wing, the YPG, as part of Turkey's Operation Peace Spring.

Around 12,000 Syrians are expected to cross the border through the Tal Abyad border gate opposite the Akçakale customs gate. The crossings, which began July 7, will last until July 18.

"As of yesterday, we started to welcome our people who want to spend the Eid al-Adha in Syria," said Fayez Kati, manager of the Tal Abyad border gate. "The number of people who have entered so far has reached 1,000. We made a plan to welcome 1,000 visitors every day," Kati told Anadolu Agency (AA).

He said health measures were taken for the coronavirus at the gate and free buses are being provided to those who want to go to meet relatives. Syrians leaving to spend the holiday in Tal Abyad and Ras al-Ain, will be able to return to Turkey from July 26 to Dec. 31.

Sara Misto, 65, who has not seen Tal Abyad in eight years, said she is happy to be reunited with loved ones in the village of Hirbit Riz.

After liberating the town from the YPG last year, Turkey rolled up its sleeves to launch a normalization period in Tal Abyad, which borders the Akçakale district of southeastern Turkey’s Şanlıurfa.

Ras al-Ain was similarly liberated during the operation. However, the YPG/PKK terrorists continue attacks in Ras al-Ain and the nearby city of Tal Abyad despite pulling out of areas under a deal reached by Turkey and the U.S. on Oct. 17, 2019.

Husain Yasin, who has not seen his family for a year and a half, said he took an appointment to visit the moment a system was established. "I will meet my family and end the homesickness. I am very excited and happy. We pass through both Turkish and Syrian border gates without any problems," said Yasin.

Muhammad Ahmad noted he has not been able to visit his hometown since 2012. He said his daughter was born in the Akçakale district of Şanlıurfa. "My daughter will visit her hometown for the first time. She will be reunited with her grandfather and grandmother," said Ahmad.

The operation, conducted in line with the country's right to self-defense borne out of international law and United Nations Security Council resolutions, aimed to establish a terrorist-free safe zone for Syrians to return in the area east of the Euphrates, which was then controlled by U.S.-backed YPG terrorists.