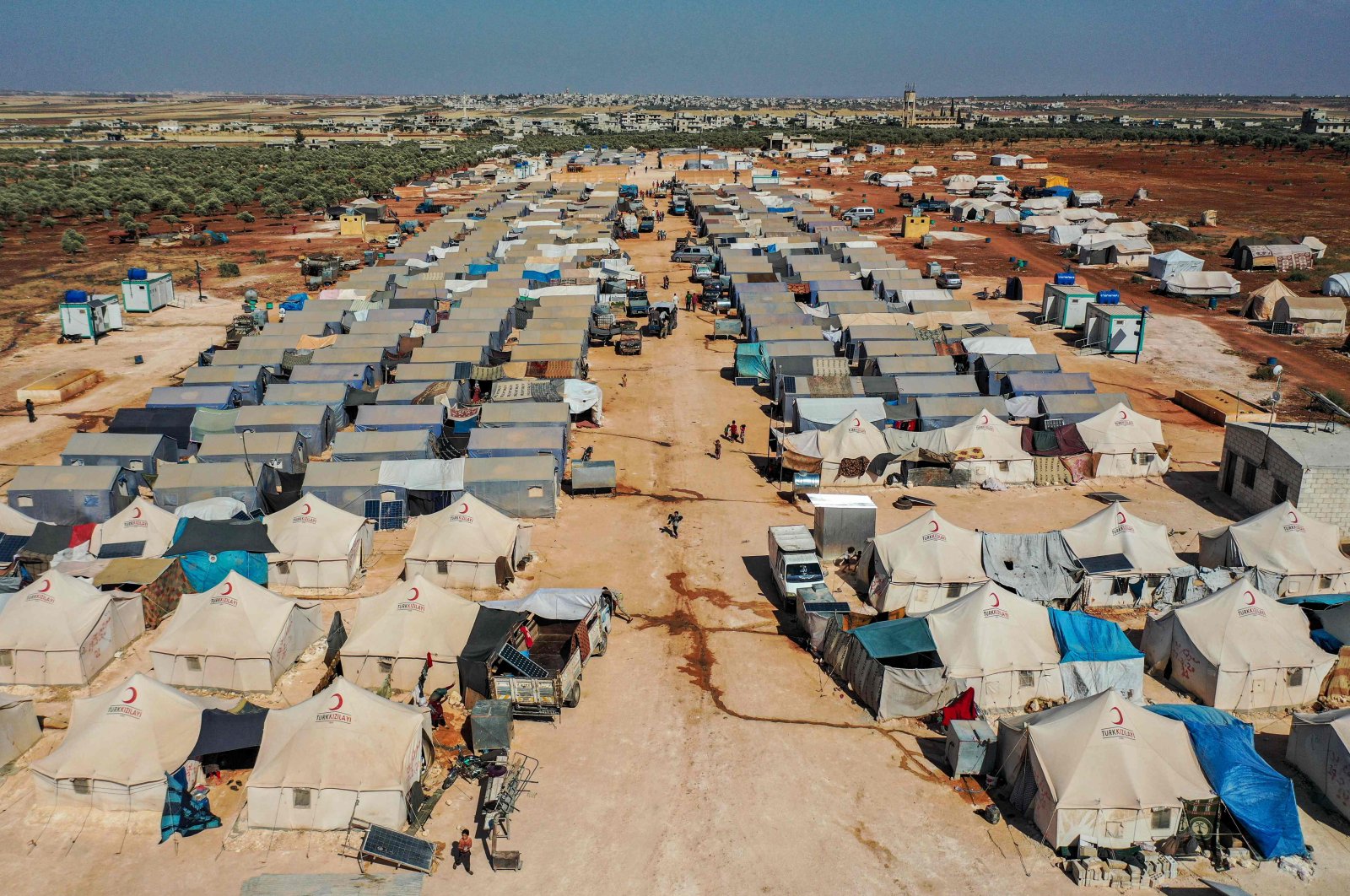 An aerial view of tents at the Azraq camp for displaced Syrians near the town of Maaret Misrin in Syria's northwestern Idlib province, July 9, 2020. (AFP)
by French Press Agency - AFP Jul 09, 2020 9:43 pm
RECOMMENDED

The first case of coronavirus was recorded in northwest Syria's Idlib province on Thursday, a Syrian opposition official said, reviving fears of disaster if the pandemic reached the migrant camps in the region.

"We regret today to announce the first case of coronavirus in a health worker at one of the hospitals," said opposition health official Maram al-Sheikh.

The head of the World Health Organization (WHO)'s office in Turkey's southeastern Gaziantep, Mahmoud Daher, said the patient was a male Syrian doctor in his 30s who had been working in a hospital in the town of Bab al-Hawa on the Syrian-Turkish border.

"He suspected that he might have contracted COVID-19," and a test came back positive on Thursday, he said.

"There have been no cases so far in northwest Syria until this morning," Daher said, confirming it was the first case.

Sheikh said: "The hospital has been closed, as have its living quarters."

Those who had been in contact with the patient had been swabbed and isolated, and an emergency meeting convened, she said in a statement on Twitter.

Aid groups have been preparing for months to prevent an outbreak in northwest Syria, where a truce has stemmed a Russia-backed regime offensive against the Idlib region.

The opposition-held region is home to some three million people, many living in close quarters in displacement camps after being forced to flee their homes during Syria's nine-year-old war.

Daher said the discovery of a first case was "worrying because of the conditions on the ground."

"We need to enhance our work with all authorities and service providers on the ground to make sure that no further transmission of COVID-19 can happen. Otherwise, it might become a real problem," he said.

Syria has officially recorded 372 cases of coronavirus, including 14 deaths in regime-held areas.

In the northeast, which is under the control of the YPG terrorists, the United Nations has recorded six cases including one death.