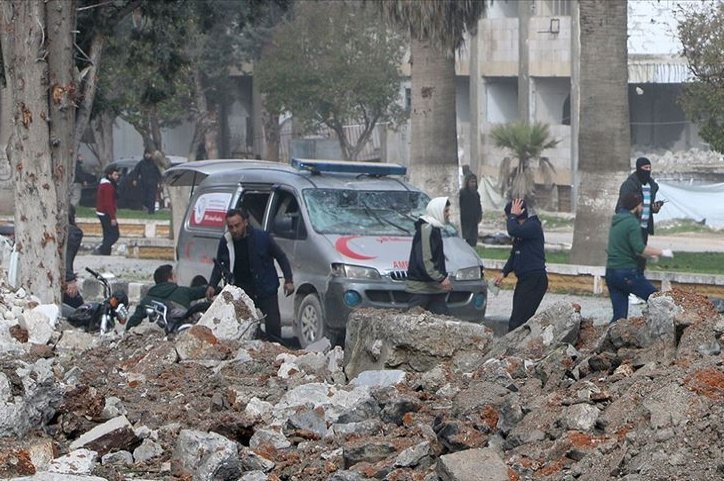 At least two civilians were killed and 16 injured, including children, in two terror attacks Sunday in northwestern Syria, near Turkey's southern border.

Two bombs exploded simultaneously in Afrin and Idlib, according to a local security source who asked not to be named due to restrictions on speaking to the media.

Afrin was largely cleared of terrorists, including the YPG/PKK, by Turkey in 2018 through its anti-terror offensive, Operation Olive Branch.

The area has been the subject of multiple cease-fire agreements, which have been frequently violated by the Bashar Assad regime and its allies.

Earlier in the day, in Ras al-Ain, a Syrian city cleared of terrorists by Turkey's 2019 Operation Peace Spring, a bomb attack targeting the marketplace killed eight civilians and wounded 20.

Since 2016, Turkey has launched a trio of successful counterterrorism operations across its border in northern Syria to prevent the formation of a terror corridor and enable peaceful settlement by locals: Euphrates Shield in 2016, Olive Branch in 2018, and Peace Spring in 2019.

In both northern Iraq and Syria, the Turkish Armed Forces (TSK) has targeted members of the PKK terrorist group, a group responsible for the death of tens of thousands of people in Turkey in recent decades.

The YPG is the Syrian offshoot of the PKK terror group, and its members frequently try to infiltrate Turkish territory and areas liberated by Turkey to commit acts of terrorism.