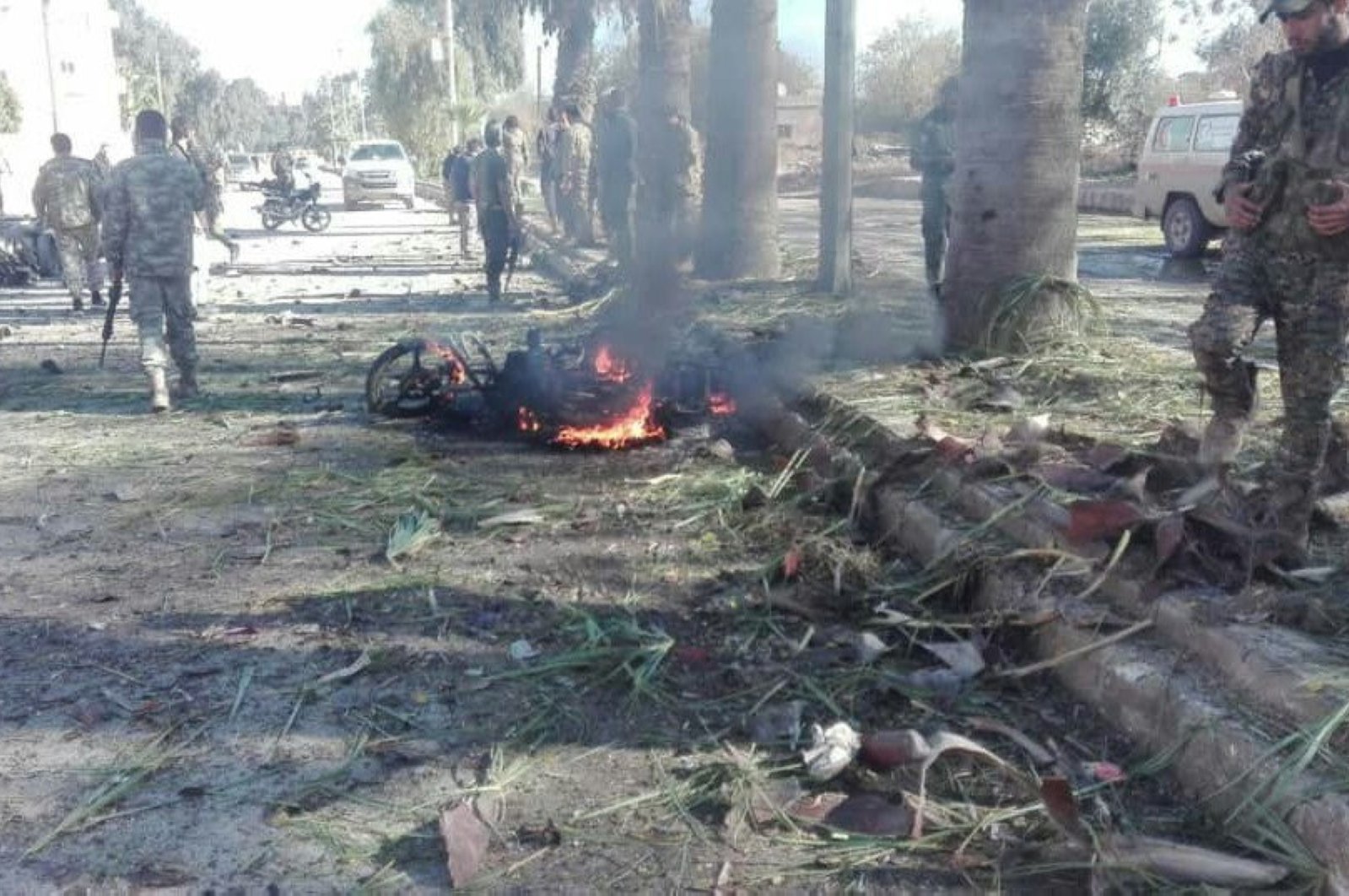 A bomb planted on a motorcycle in Syria’s northwestern Ras al-Ayn province killed a civilian Tuesday, leading security forces to dwell upon the possibility that the attack was conducted by the YPG/PKK terrorist organization.

Despite the region having been cleared of terrorists as part of Turkey's Operation Peace Spring, terrorist groups still conduct frequent attacks on Syria’s northern provinces.

Turkey launched the operation on Oct. 9 to eliminate YPG/PKK terrorists from northern Syria east of the Euphrates River to secure Turkey's borders, aid in the safe return of Syrian refugees and ensure Syria's territorial integrity. As part of the operation, on Oct. 12, Ras al-Ayn was officially freed of terrorist elements.

Just one day prior, five civilians were wounded in a car bombing in the northern Syrian town of Jinderes, in Afrin, which was similarly liberated from YPG/PKK terrorists by Turkey. A bomb planted inside a vehicle was detonated, injuring five civilians and damaging property in the surrounding area.

Turkey has launched four successful anti-terror operations – Euphrates Shield in 2016, Olive Branch in 2018, Peace Spring in 2019 and Spring Shield this year – across its border in northern Syria to prevent the formation of a terror corridor and enable peaceful settlement by locals.