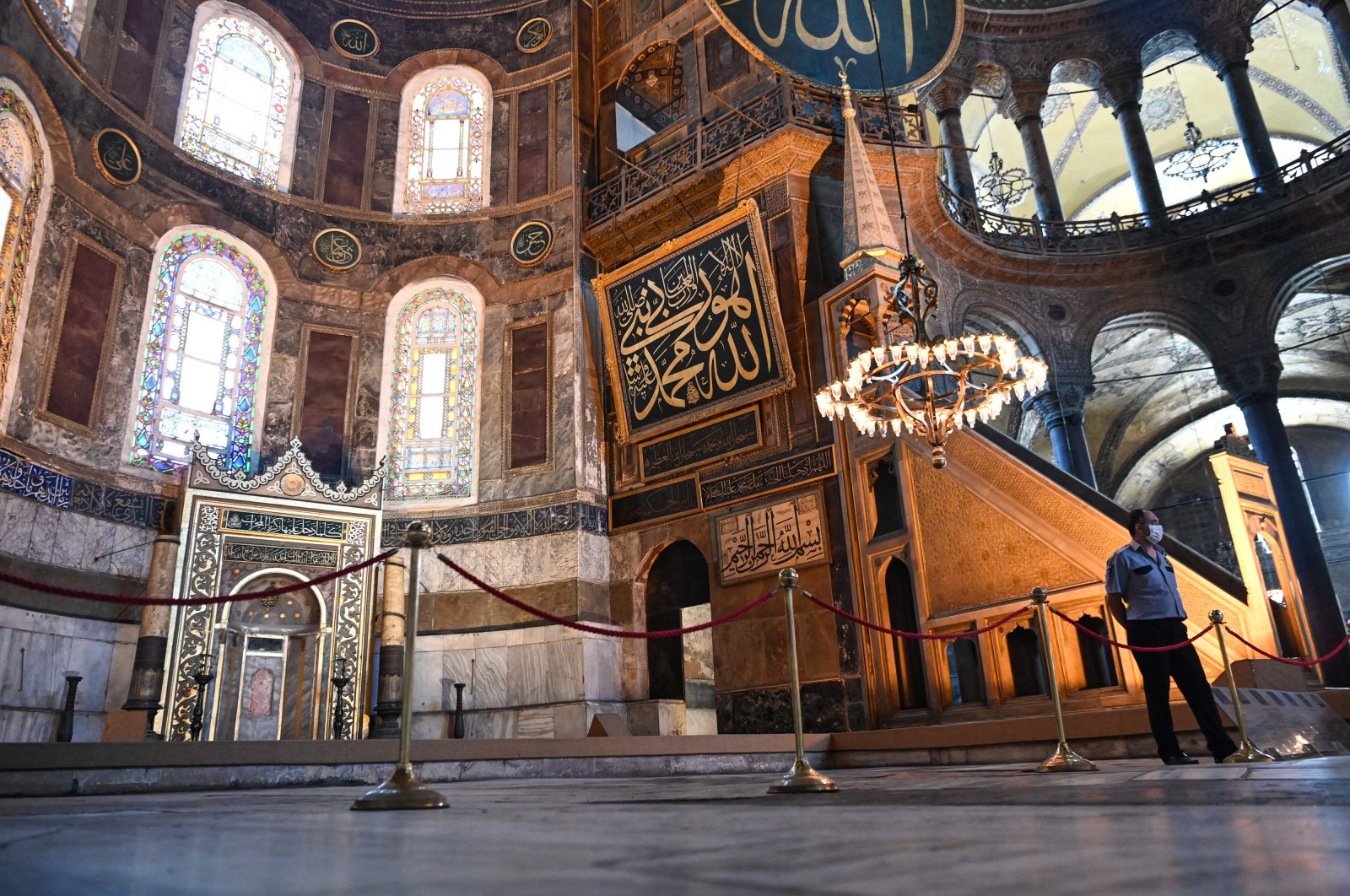 Turkey’s top administrative court is expected to make an official ruling Friday on the 1934 decision to convert Istanbul's Hagia Sophia into a museum.

The Council of State last week heard arguments by the lawyers for a group devoted to reverting Hagia Sophia back into a mosque. The group is pressing for an annulment of the 1934 decision by the Council of Ministers that turned the historic structure into a museum.

"We expect the decision to be annulled (and) the verdict to come out Friday," a senior Turkish official told Reuters on Thursday.

An official from the ruling Justice and Development Party (AK Party) also said Thursday that the decision "in favor of an annulment" was expected Friday.

“More people can visit there,” he added.

At issue is the legality of a decision taken in 1934, a decade after the creation of the modern secular Republic of Turkey under Mustafa Kemal Atatürk, to turn the ancient building into a museum.

The association that brought the case said Hagia Sophia was the property of Ottoman Sultan Mehmed II, who in 1453 captured the city, then known as Constantinople, and turned the already 900-year-old Byzantine church into a mosque.

The Hagia Sophia, one of the world’s most important historical and cultural heritage sites, was built in the sixth century during the reign of the Byzantine Empire and served as the seat of the Greek Orthodox Church. The decision of converting the structure into a museum was made during the strictly secular single-party rule in 1935.

There have been discussions about reverting it to a mosque, with public demand to restore it as a place of worship gaining traction on social media. On the other hand, others believe the UNESCO World Heritage site should remain a museum and a symbol of Christian-Muslim solidarity.

The prospect of such a move has raised alarm among U.S., Russian and Greek officials and Christian church leaders ahead of a verdict by Turkey's top administrative court.

Patriarch Bartholomew, the spiritual head of some 300 million Orthodox Christians worldwide and based in Istanbul, said a reversion would disappoint Christians and "fracture" East and West. The head of Russia's Orthodox Church said it would threaten Christianity.

Amid the international reactions over the status of Hagia Sophia, Ankara says the issue is a domestic affair.

He noted that there are 435 churches and synagogues in Turkey where Christian and Jews can pray.