Turkey carries out search, rescue for 45 migrants in Mediterranean 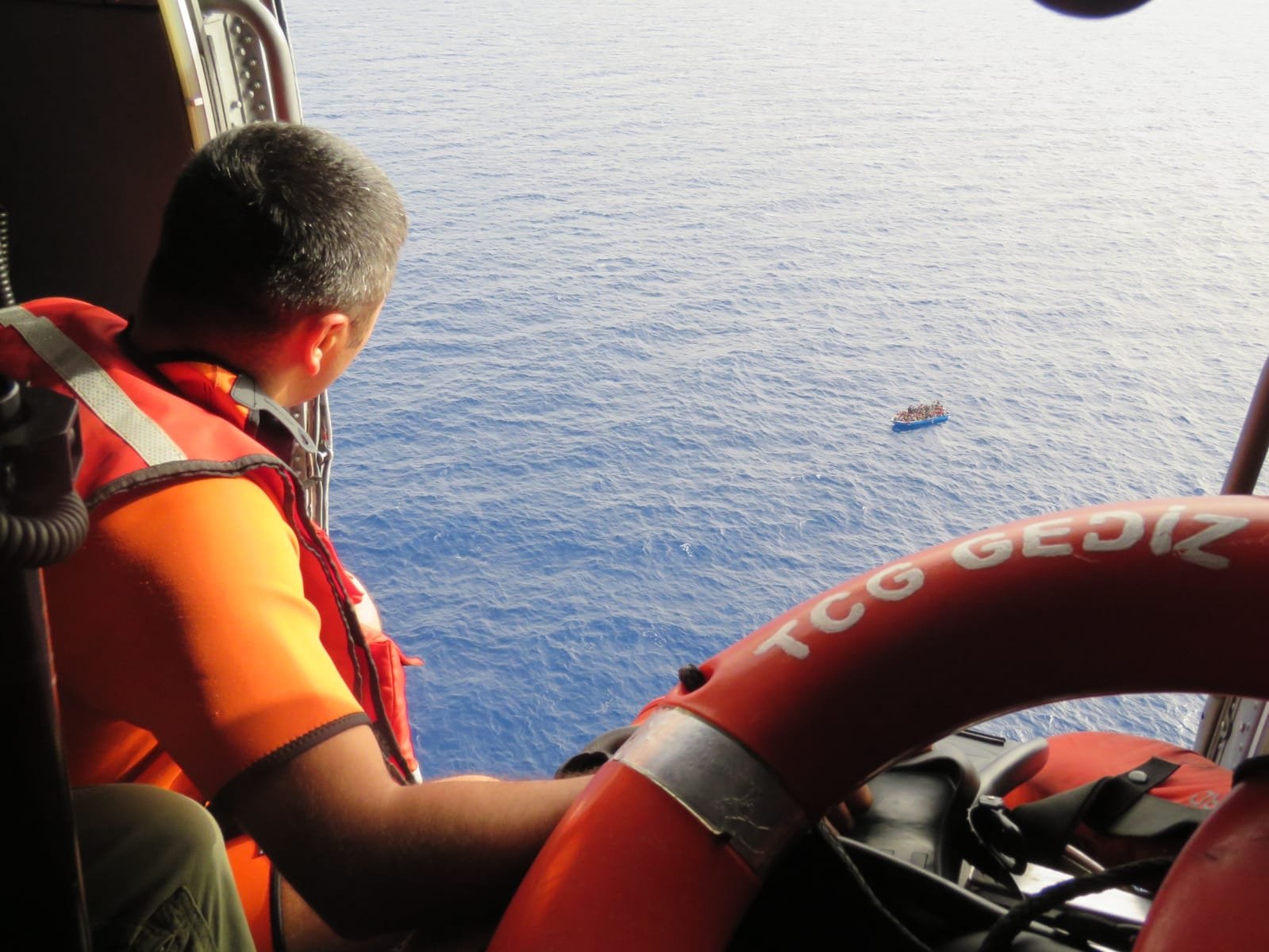 The defense ministry on Friday stated that a boat carrying 45 irregular migrants has sunk in the Mediterranean off the coast of southern Antalya province and that search and rescue operations are being conducted.

According to the ministry, information was received that the boat was sinking late Thursday. Turkey’s TCG Gelibolu and TCG Gökova frigates were immediately sent to the area.

At least 37 people have been rescued after a boat carrying 45 Syrian refugees capsized southeast of the Greek island of Crete, Turkish authorities said later in the day.

The boat sank late Thursday in the search and rescue area of Turkey due to severe weather conditions, the Transport and Infrastructure Ministry said in a statement.

The boat was sailing to Italy before it ran out of fuel, the statement also said.

Recently, Turkey’s TCG Gediz frigate, which was on observation duty off Libya, rescued 80 irregular migrants who were dragged toward Tunisia’s coasts on a boat.

Turkey had earlier called on the international community to find a solution to the root causes of migration and to share an equal burden after 43 people went missing when a boat carrying 127 migrants sank in the Mediterranean.

It said that the incident was neither the first nor the last and that 866 migrants have lost their lives in the Mediterranean in 2021.

“The reason for mixed migration movements are the continuing instabilities, conflicts and poverty in Subsaharan Africa, Afghanistan and Syria,” the foreign ministry said in a statement.