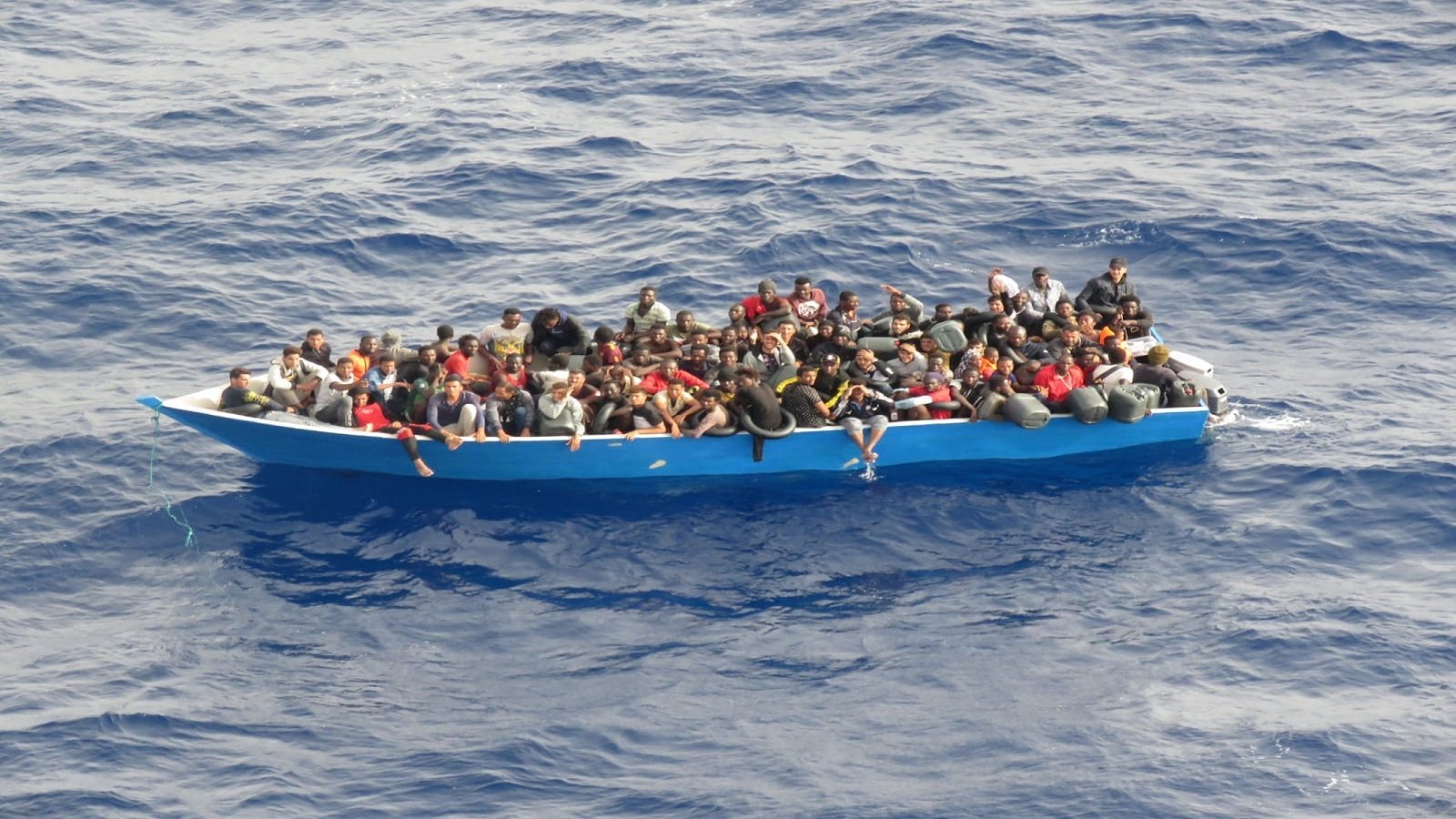 Irregular migrants off Libya are seen in the Mediterranean Sea, July 18, 2021 (Courtesy of the Turkish Defense Ministry)
by DAILY SABAH Jul 18, 2021 3:29 pm
RECOMMENDED

Turkey’s TCG Gediz frigate, which was on observation duty off Libya, has rescued 80 irregular migrants who were dragged toward Tunisia’s coasts on a boat, the Defense Ministry announced on Sunday.

The frigate acted upon receiving information of the migrants and went to the region. A helicopter on TCG Gediz immediately started reconnaissance efforts and detected the boat within Malta's search and rescue region. Following coordination with Maltese authorities, the migrants on the wooden boat were rescued by TCG Gediz.

Turkey had earlier called on the international community to find a solution to the roots of migration and share an equal burden after 43 people went missing when a boat carrying 127 migrants sank in the Mediterranean.

It said that the incident was neither the first nor the last and that 866 migrants have lost their lives in the Mediterranean in 2021.

“The reason for mixed migration movements are the continuing instabilities, conflicts and poverty in Subsaharan Africa, Afghanistan and Syria,” the foreign ministry had said in a statement.

“The fact that the coordination of the rescue and search responsibility at sea within the EU is still not ensured, as well as the fact that international responsibility is being attempted to be assigned to transit countries, is a threat to the right to life of a migrant,” it stressed.

Last month, Pope Francis referred to the Mediterranean Sea, the route most used by irregular migrants to cross into Europe with the hope of finding a better life, as the "largest cemetery in Europe."

A similar tragedy occurred in April when over 100 people were killed in a shipwreck in the Mediterranean Sea.