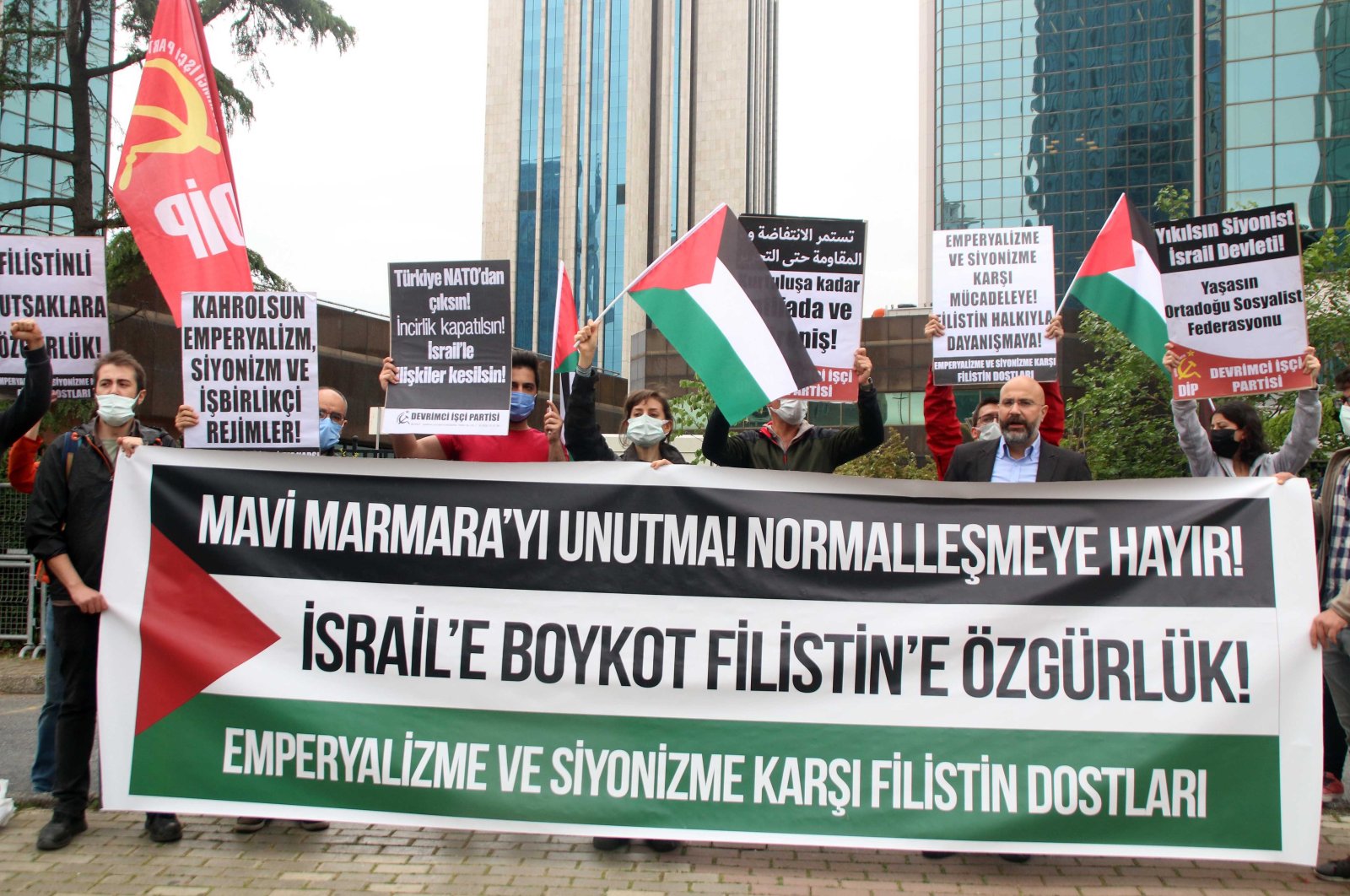 Protesters hold banners urging boycott of the Israeli government for oppressing Palestinians on the 11th anniversary of Mavi Marmara incident in front of the Israeli Consulate in Istanbul, Turkey, May 31, 2021. (DHA Photo)
by DAILY SABAH
May 31, 2021 2:42 pm

Turkish nongovernmental organizations (NGOs) commemorated the 11th anniversary of the Mavi Marmara incident with a series of demonstrations and ceremonies Monday.

A group of people held a demonstration in front of the Israeli Consulate in Istanbul to protest the incident.

Nine Turkish activists aboard the Mavi Marmara aid vessel, part of a flotilla traveling to the Gaza Strip to deliver humanitarian aid, were killed on May 31, 2010, when Israeli troops stormed the vessel at sea before it reached the Palestinian territories. A 10th victim succumbed to his wounds in 2014 after being in a coma for years. Another 56 were wounded.

The protesters held a large banner that said “No to normalization with Israel! Do not forget Mavi Marmara! Boycott Israel Free Palestine.” The group’s spokesperson, Kutlu Dane, told Demirören News Agency (DHA) that the incident was just one of the many massacres committed by the Israeli state since 1948.

Meanwhile, Turkey's Humanitarian Relief Foundation (IHH) and the Freedom and Solidarity Association led a project to explain the disaster with a 360-degree virtual tour.

The virtual tour on the website MaviMarmara.co aims to present crucial information about what happened on the night of May 31, 2010. The tour talks about the vessels in the flotilla, what they were carrying and the legal process involving the incident.

The virtual tour was prepared with a 48-member team in a period of six months using over 20 gigabytes of data. It aims to serve as a “museum,” Anadolu Agency (AA) reported.