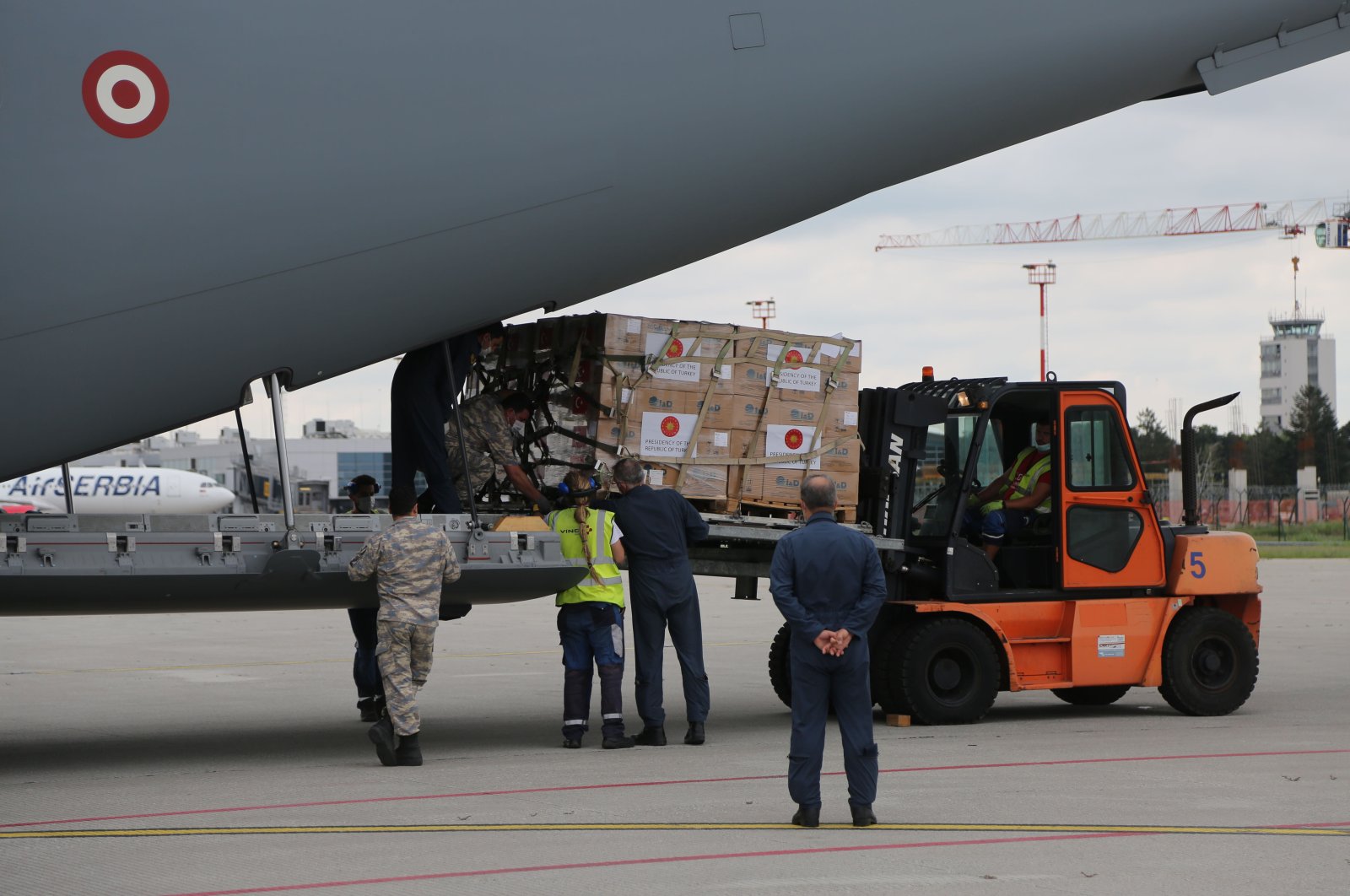 A Turkish cargo plane carrying a second batch of medical supplies arrived in Serbia on Saturday to aid in the fight against the coronavirus pandemic.

The plane landed at the Nikola Tesla Airport in Belgrade and was greeted by Turkish Ambassador to Serbia Tanju Bilgiç and Serbia's Deputy Prime Minister Rasim Ljajic.

The aid consists of 16 tons of medical supplies needed to fight COVID-19.

Ljajic expressed gratitude to Turkey for help, saying: "The plane is full of protective, medical equipment, disinfectants and other types of supplies intended for two or three cities, i.e. two or three municipalities in Serbia."

He added that in this way, excellent relations between the two countries and their two presidents had once more been demonstrated, along with Turkey's care for good relations and the people in Serbia.

Bilgiç said that Turkey would continue to stand with Serbia in the fight against the pandemic.

"The aid we delivered today is the result of cooperation with central and local authorities. I hope that this aid will contribute to the fight against COVID-19 in the region. On this occasion, I would like to thank the Serbian authorities for their close cooperation with our country and wish everyone the best of health," Bilgiç said.

The first set of supplies was sent on June 12. There have been over 15,500 confirmed COVID-19 cases and 298 deaths in Serbia, according to data compiled by the Johns Hopkins University.

Since first appearing in China last December, the novel coronavirus has spread to at least 188 countries and regions. The U.S., Brazil and Russia are currently the countries hardest hit in the world.

The pandemic has killed nearly 525,500 people worldwide, with infections surpassing 11 million and recoveries over 5.88 million.

Turkey sends medical aid packages to various corners of the globe every other day.

"We have sent medical equipment and supplies to 138 countries, regardless of religion, language, race or region," President Recep Tayyip Erdoğan said Saturday at an inauguration ceremony for a new state hospital in Istanbul.

The president said the country's aid program against the virus had laid the groundwork for new opportunities in medical tourism. "We're determined to make Turkey the health center of three continents," he said, alluding to Asia, Africa and Europe, with Turkey at their hub.

"Thanks to the measures we have taken and the methods we have developed, we are counted among the countries that have survived the epidemic with the least loss of life," he said.

Besides its own hospitals, Turkish-made respirators have been used in many countries "from Brazil to Somalia," he added.

"Interest in health care products originating in our country has risen exponentially," he said.