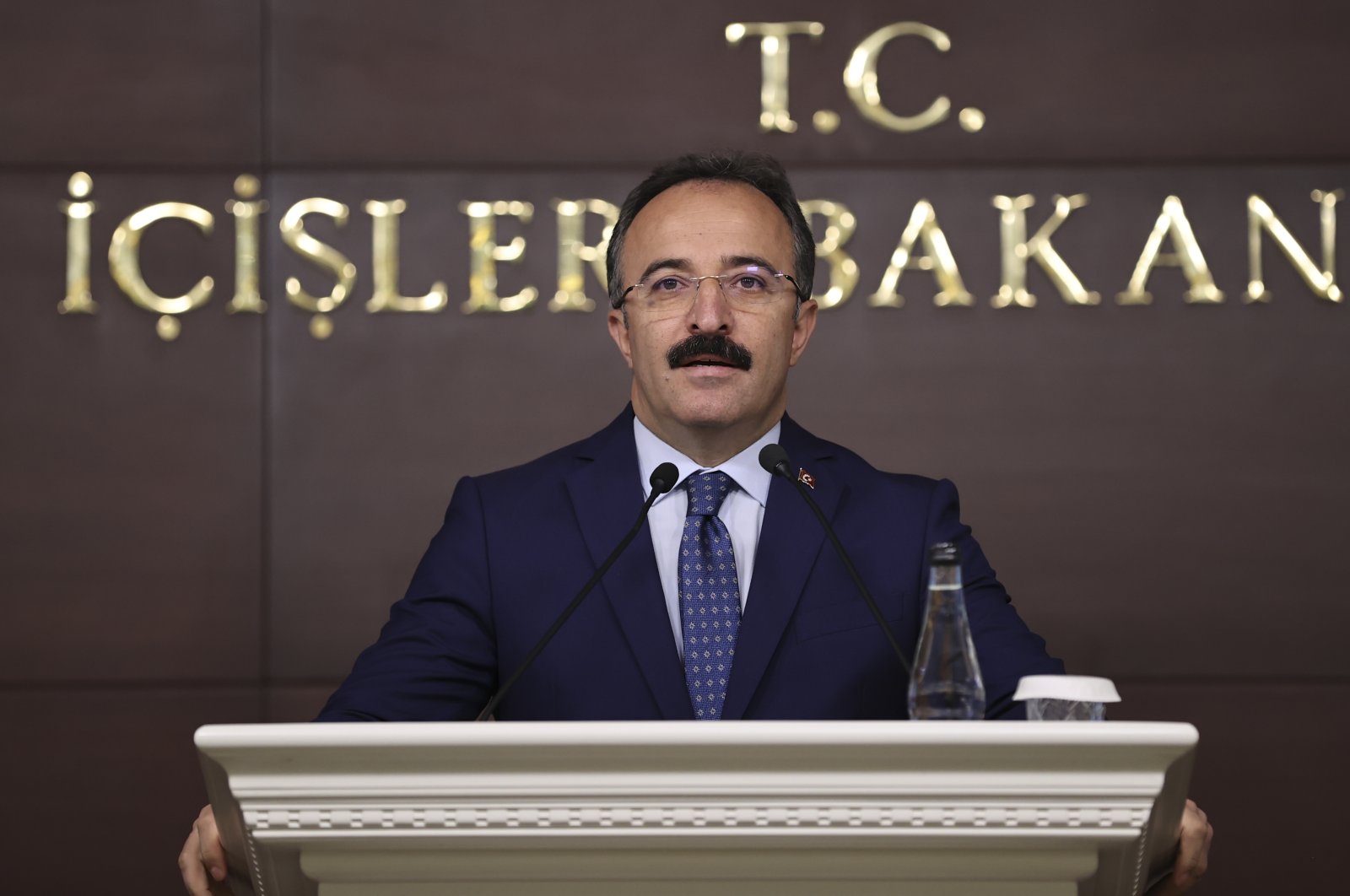 Turkey is determined to prevent irregular migration and has been successful in doing so thus far, Deputy Interior Minister Ismail Çataklı said Wednesday, pointing to the country's stable and serious policy designed to manage migration.

Speaking at a monthly ministry briefing, he stated that border security was one of the agenda items in October due to the developments in Afghanistan.

Noting that a high-tech integrated border security system has been built, Çataklı stated that 1,018 kilometers (632.56 miles) of new security walls and patrol roads have been completed so far, while 913 kilometers of lighting and 293 kilometers of cameras and sensor systems have been installed along the country's borders.

Faced with a potential migrant wave due to the instability in Afghanistan, Turkey has maximized measures on its eastern border. Turkey is continuing efforts to bolster the security of its border with Iran to prevent a new influx of migrants. The beefed-up border measures in Turkey, which already hosts nearly 4 million Syrian refugees and is a staging point for many migrants trying to reach Europe, began as the Taliban started advancing in Afghanistan and took over Kabul.

Authorities say there are 182,000 registered Afghan migrants in Turkey and up to an estimated 120,000 unregistered others. President Recep Tayyip Erdoğan urged European countries to take responsibility in the event of an influx, warning that Turkey had no intention of becoming "Europe's migrant storage unit."

Turkey hosts nearly 4 million refugees – more than any country in the world. After the Syrian civil war broke out in 2011, Turkey adopted an “open-door policy” for people fleeing the conflict, granting them “temporary protection” status. Afghans are believed to be the second-largest refugee community in Turkey after Syrians. Many of the migrants arriving via Iran head to Istanbul to find work or passage to another coastal city from which to embark for Europe.

Çataklı also stated that the number of Syrian migrants who returned to their home country had reached 469,170.

Çataklı also noted that a total of 98 terrorists, including 71 PKK and 27 Daesh members, were eliminated in October.

Five of them were included on the country's most-wanted list, he added.

Turkey has eliminated at least 236 Daesh terrorists in northern Syria since the beginning of 2021, sources in the Defense Ministry also said Wednesday.

In 2013, Turkey became one of the first countries to declare Daesh a terror group.

The country has since been attacked by its terrorists multiple times, with 315 people killed and hundreds more injured in at least 10 suicide bombings, seven bomb attacks and four armed assaults.

In response, it launched counterterrorism operations at home and abroad to prevent further attacks.

Erdoğan has said that Turkey will conduct cross-border operations to fight terrorism "whenever necessary."

"There is no stepping back from it," he told reporters on his Sunday return flight from the G-20 leaders summit held in Rome.