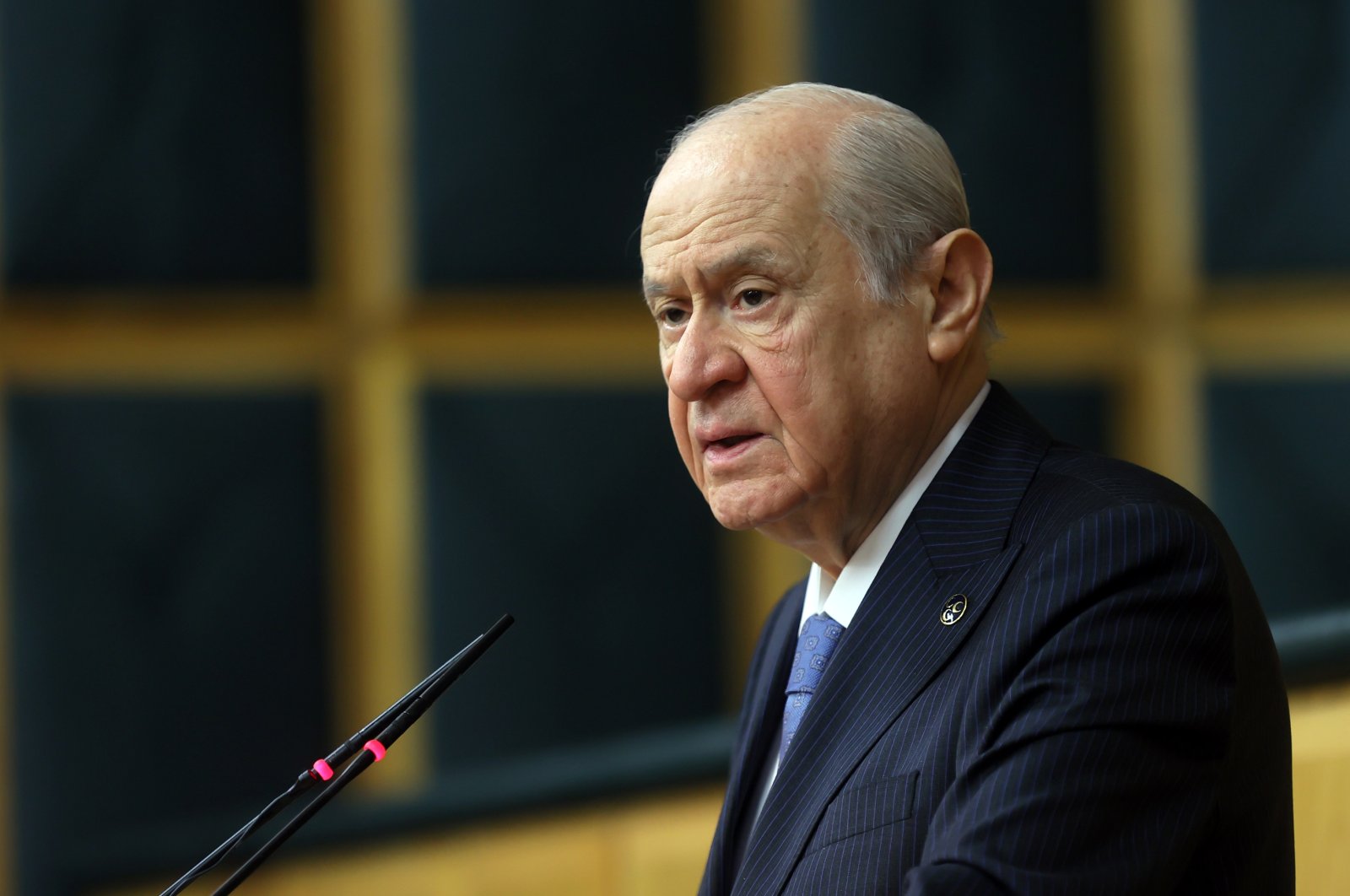 Bahçeli said his party would support all decisions taken by the state and criticized U.S. President Joe Biden’s recent remarks on the 1915 events. He said Washington “should first give account for the millions of innocents the U.S. killed in Vietnam, Korea, Cambodia, Laos, Hiroshima and Nagasaki.”

Speaking during his party's parliamentary group meeting, Bahçeli further stated that the U.S. has caused the deaths of 1 million people in Iraq and another 1.5 million in Afghanistan.

Underlining that Biden’s words damaged the relations with its ally and will take many years to repair, he said the "U.S.’ alliance was a lie and strategic partnership a fairy tale."

Last Saturday, Biden called the events of 1915 a "genocide," breaking with American presidents' long tradition of refraining from using the term.

Biden's remarks came in a customary statement on the anniversary, a day after speaking with President Recep Tayyip Erdoğan. Biden is said to have acknowledged during the conversation that he planned to go ahead with the statement and was seeking to placate the expected uproar from NATO ally Turkey.

Erdoğan on Monday following the Cabinet meeting called upon U.S. authorities to come to Turkey and "inspect the evidence with regards to 1915."

"Armenian gangs, who were at least 150,000 to 300,000 people, carried out massacres in Turkish territory. Furthermore, they partnered with Russian forces to fight against us. The Ottoman authorities took precautions," he said, underlining the crimes perpetrated by the Armenian gangs at the time.

Turkey's position on the 1915 events is that the death of Armenians in eastern Anatolia took place when some sided with invading Russians and revolted against Ottoman forces. A subsequent relocation of Armenians resulted in numerous casualties, added to by massacres commited by militaries and militia groups on both sides.

The mass arrests of prominent Ottoman Armenian politicians, intellectuals and other community members suspected of links with separatist groups, harboring nationalist sentiments and being hostile to the Ottoman rule before being rounded up in then-capital Istanbul on April 24, 1915, is considered the beginning of later events.