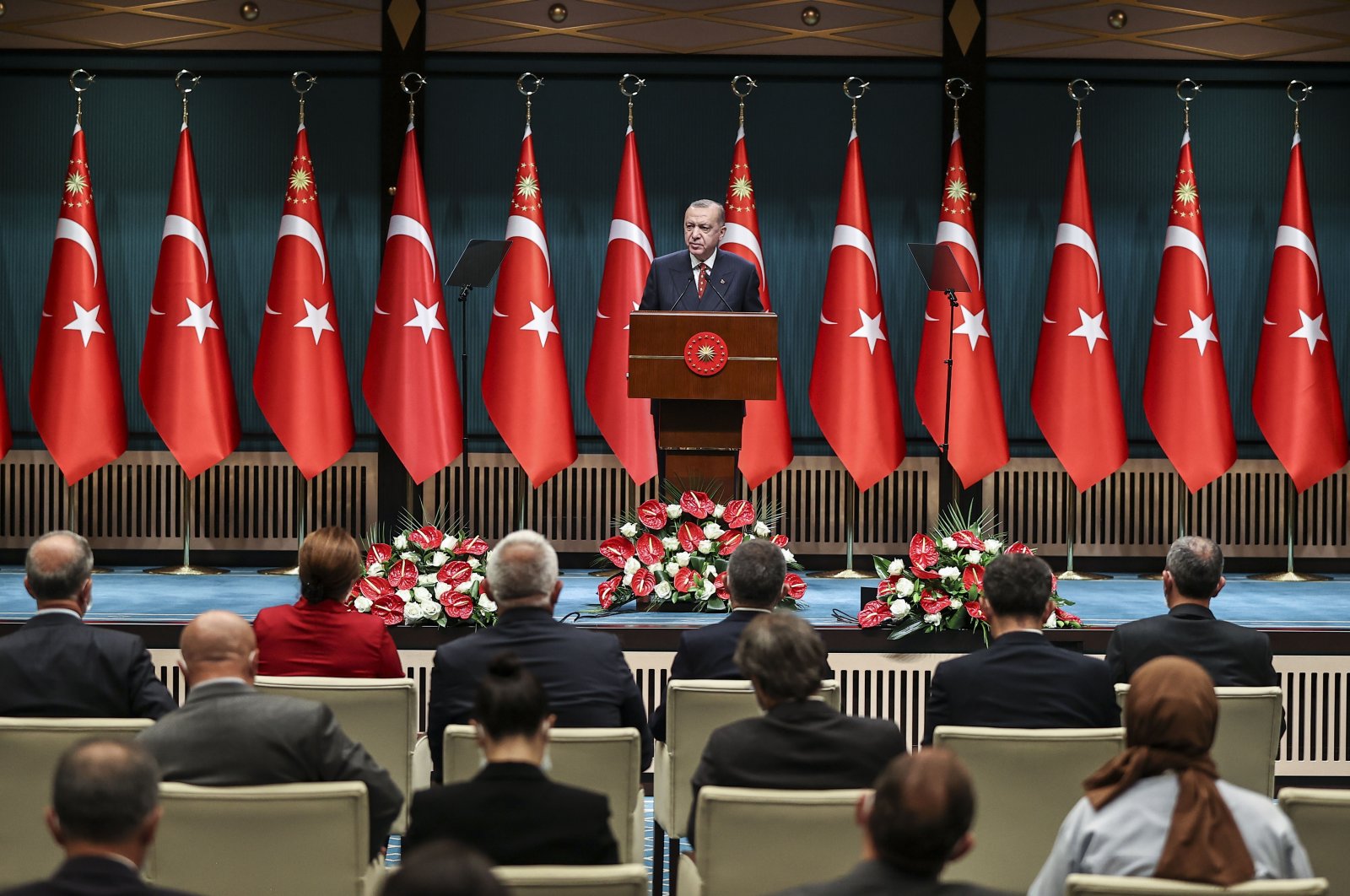 A great and strong Turkey will be built by implementing the policies, projects and investments in our agenda, President Recep Tayyip Erdoğan stated late Monday.

Turkey will soon be counted among the world's top-tier countries, both politically and economically, he said after a nearly two-hour Cabinet meeting at the Presidential Complex in the capital, Ankara.

"Amid the restructuring of the global management and economic system, we have seized the most important opportunity of the last two centuries to bring Turkey to the place it deserves," Erdoğan added.

With the fall in COVID-19 cases and an expedited vaccination drive in the country, Turkey has entered a new normalization phase, lifting almost all virus-related restrictions.

Erdoğan said that the country's new normalization phase is running successfully and stressed that vaccination is the most effective and widespread method of protection in the world against the pandemic.

Focusing on how the latest COVID-19 variants are threatening the world, Erdoğan hailed the country's "strong" health system and praised Turkey's vaccination rates.

Erdoğan called on the public to continue to follow hygiene rules, masking and social distancing until herd immunity is achieved.

About tourism, Erdoğan said the sector is working at full speed with the target of 25 million tourists and $20 billion in tourism income.

"In 2021, we will break the all-time record by increasing our exports to over $200 billion. The interest of international investors in our country is increasing day by day," he added.

On next week's Muslim holiday of Eid al-Adha, the president said: "We must spend the holidays while abiding by (COVID-19) measures. We must not let go of measures if we don't want to face similar challenges in the future."

He recalled his visit to the southeastern Diyarbakır province last week, saying that he had spent a "very special" day with locals.

Last week on Friday, Erdoğan paid a visit to the families who have been staging a sit-in protest for nearly two years in front of the pro-PKK Peoples' Democratic Party (HDP) office in Diyarbakır to demand the return of their children abducted by the terrorist group. Protests held by Diyarbakır mothers have revealed the dark face of the PKK terrorist group, he said. Erdoğan also criticized the indifference of Western countries and human rights organizations to the protests.

As Turkey's July 15 Democracy and National Unity Day nears, Erdoğan said: "Every July 15 will be a reminder for us of our determination to break the treacherous hands targeting our country and nation."

The Gülenist Terror Group (FETÖ) and its U.S.-based leader Fetullah Gülen orchestrated the defeated coup of July 15, 2016, in which 251 people were killed and 2,734 injured.

Erdoğan also condemned a Sunday incident where a group in Istanbul desecrated the Surp Takavor Armenian Church in the city's Kadıköy district.

He vowed to closely monitor the handling of the incident